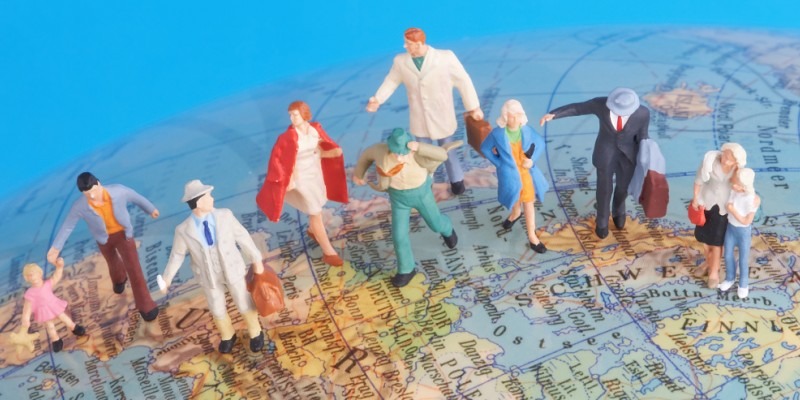 The government’s proposals for ending freedom of movement after Brexit put Bristol and the West of England’s economy at risk, according to a new IPPR and Business West report. Skills and salary thresholds proposed in the 2018 immigration white paper would severely limit future inward migration and hamper growth in crucial parts of the local economy.

The report found that if these proposed thresholds were applied to EU employees currently living in the region, 75 per cent of them would be found ineligible to live and work in the UK. This has major implications for the future of immigration from the EU to the region and puts business growth at major risk, according to the report.

Bristol is an economic success story with a number of flourishing high-skilled high growth-industries from advanced manufacturing to the digital and creative industries. However, the report says further growth would be put at risk by the proposed immigration reforms.

Over the last decade the number of EU migrants in Bristol has risen and migrants now make up 16 per cent of the city’s population, working across all industries. IPPR found that many key employers rely on recruiting EU citizens without impediment, particularly given the city’s high employment rate of 77.6 per cent. Some sectors of the city’s economy – including hospitality and health and social care – are particularly reliant on migrant workers.

The report features interviews with Business West members in the city and wider region who expressed deep concern over how they would adapt to the new restrictions, which includes an ‘unrealistic’ £30,000 salary threshold, skill level barriers and employer visa fees.

The report makes a series of recommendations for the Home Office and Bristol City Council:

“Our research finds that Bristol will be hit hard by the government’s immigration reforms. Growth in critical sectors – ranging from aerospace to the creative industries to social care – could be seriously curtailed. Employers are unprepared for the new rules and are sounding the alarm about skills shortages. The government needs to urgently take on board these local concerns as it develops its proposals for an Australian-style immigration system.

In the meantime, Bristol needs to prepare its workers and businesses for the end of free movement. To help manage the impacts of the new rules, the city should expand efforts to train up local residents to fill potential post-Brexit skills shortages.”

“The VFX industry has grown much faster than other parts of the British workforce, and this has been in large part due to the ability of the UK to attract skilled and creative EU workers. They make up about 33% of the VFX workforce in the UK… European staff provide a unique asset, in part because of the longer and more vocational training they receive and in part because they bring a different cultural nuance, which adds to the creativity and innovation of our productions. Losing the pool of EU talent would put us at a disadvantage.”