Approach 2020 with optimism – Business West is on your side 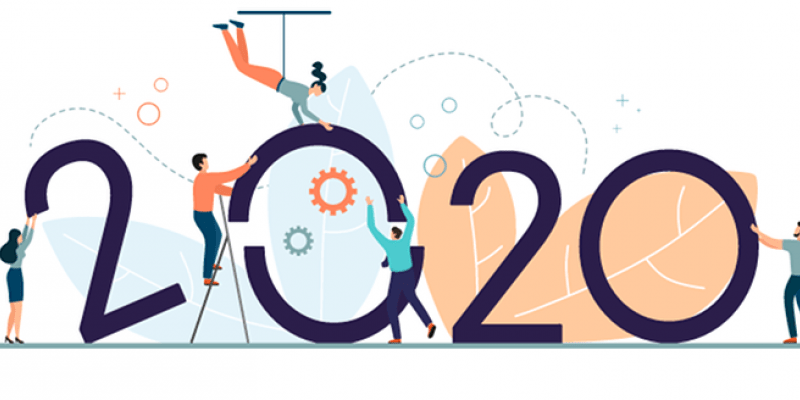 2019 has undoubtedly been a testing year for businesses. Two missed Brexit deadlines, a change of government and the UK avoiding recession by a whisker - the macro environment certainly hasn’t been kind.

Because of all this, there’s plenty of doom and gloom to go around at the moment (incongruously enough for the festive period), so for my final blog of 2019 I thought I’d keep it upbeat and share some of the great things that Business West has achieved this past year.

Business West is probably the UK’s largest Chambers of Commerce, meaning that businesses in this region are among the best supported in the UK, making it one of the very best places in the country to start and run a business!

British Chambers of Commerce named our Trading Through Brexit (TTB) campaign as the most effective of all campaigns run by the 53 accredited UK Chambers over 2019. TTB centres on a regular video series fronted by Director of Policy Matt Griffith, giving businesses up to the minute practical planning advice, as the Brexit story unfolds. Engaging with over 1000 businesses in little over 12 months.

A bit further afield, this year we have run overseas trade missions to India, Korea, US and China, our International Trade Team has processed more than 40,000 export documents and we assisted South West companies to sell over £4billion of exports. Of those 40,000 export documents, one document in particular was processed by Blockchain – the 1st in the Western Hemisphere!

Business West helped raise £2m in equity funding for innovative South West businesses and hosted the national Enterprise Europe Network conference in Bath. We also played a vital role in engaging anchor employers to get behind the successful bid for the Swindon Institute of Technology (IoT). One of just 12 IoT’s in the country, Swindon IoT will provide high-quality skills training in the high-technology, advanced engineering and life sciences sectors.

With skills high on the agenda, I am delighted to announce that our Head of Skills Nicky Williams has been appointed Vice Chair of South West Apprenticeships Ambassador Network, following sterling work persuading 700 employers to offer work experience to students across the West of England.

Our environmental credentials moved up a gear this year too, having signed up to the International Chambers Climate Coalition in September and just last month we unveiled our zero emissions hydrogen-powered pool car. Not only will this help promote behaviour change and encourage local businesses to try out hydrogen fuel cell technologies, it also flies the flag for the burgeoning low emissions vehicle industry here in Swindon.

As regards other shiny new things at Business West, we were party to the launch of BCC South West this year to bring together Chambers of Commerce across South West England to speak with one voice on shared region-wide business issues such as infrastructure. In addition, we unveiled Business West Insights - a commercial service to evaluate EU funded 3rd part projects, for which we have already won two assignments.

On the lobbying front we’ve been predictably busy throughout 2019 – co-authoring a report with IPPR on the impact of new migration rules on Bristol employment, launching a survey to canvas opinion on the proposed Bristol Clean Air Zone and hosting a hustings in Bath in the run up to the general election.

Over the course of the last 12 months, we also exposed a letter of credit scam saving one lucky exporter $250,000, played a role in bringing Channel 4 to Bristol, made The Wave – England’s first inland surfing lagoon and wave pool – a reality and much more besides.

It’s been a year of ups (as well as downs), but this year (like every year) Business West carries on regardless helping businesses go further, faster, and enabling communities to thrive. So, approach the New Year with optimism, Business West is on your side!