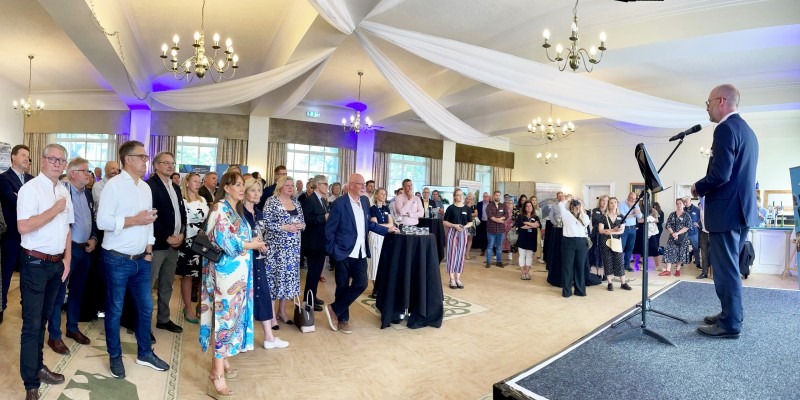 Over 150 Business West initiative members met at Bristol Zoo Gardens, in Clifton, on Tuesday 14th June to celebrate the business community and discuss the important issues facing the region.

The summer meeting was one of the last events to take place at the nearly 200-year-old venue before it closes in September and relocates to the Wild Place Project site.

Bristol Zoological Society was established on 22nd July 1835 by Henry Riley who formed the Bristol, Clifton, and West of England Zoological society. His mission was to observe the habits and structure of wildlife while educating visitors – the Zoo itself opened a year later on 11th July 1836. The Zoo’s original shareholders included famous Bristolians such as Isambard Kingdom Brunel. 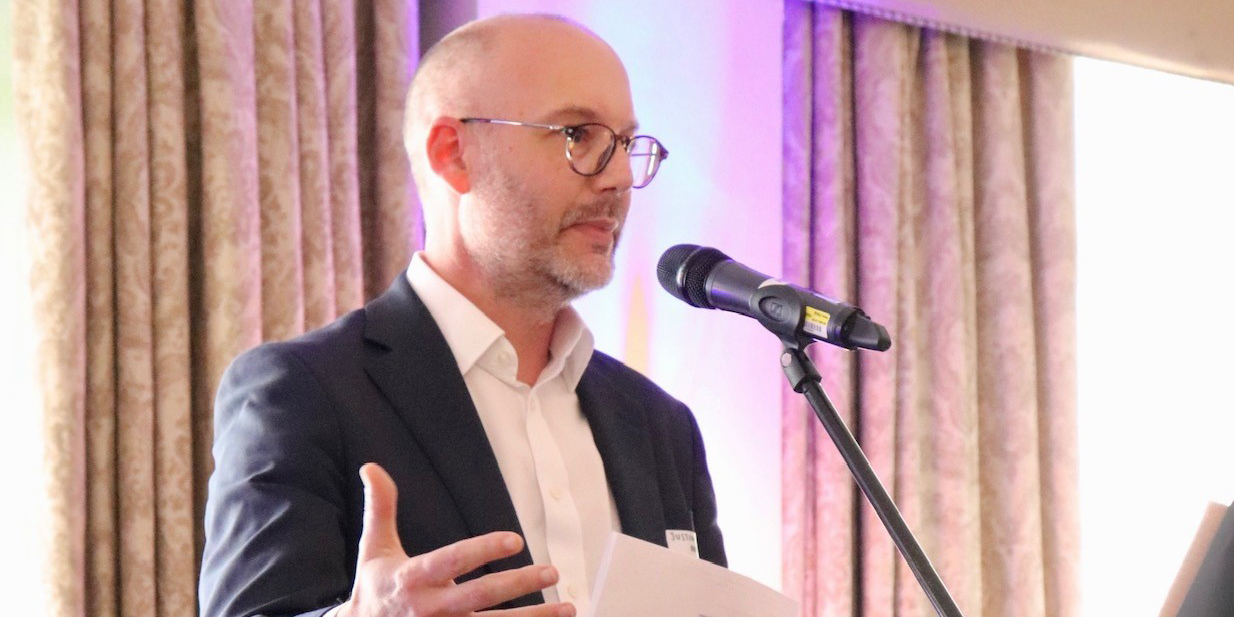 “I remember coming through the historic entrance to the gardens and into this otherworldly place as a child. I also had the opportunity to share that experience with my father who visited as a child himself.

“That's really I think, what has made this place so special, that shared sense of experience, and shared identity.

Justin explained that the Zoo had just submitted a planning application for a residential-led scheme at the Clifton site which will deliver more than 200 new homes for Bristol, 20% of which will be affordable.

He had three asks of members: to visit the Zoo website and support the application if they can, continue to visit them at Wild Place Project, and to enjoy the evening of networking with fellow members. 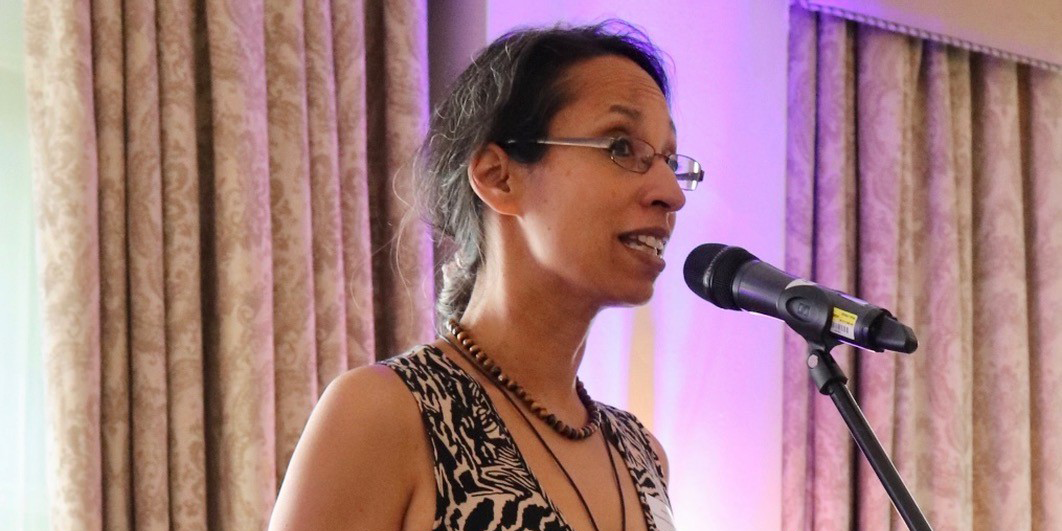 The event was one of the first to take place post-pandemic and opened with a welcome from Business West Chamber & Initiative President Jaya Chakrabarti MBE.

Jaya welcomed the new Lord Mayor of Bristol Councillor Paula O'Rourke and also new Initiative members Fiona Francombe, CEO of Bristol Old Vic Theatre School. She then reminded initiative members that they were coming together for the first time since the outcome of the Bristol Referendum on 5th May and that now the work starts to set out the “beginning of the formation of the committee system that will be running our City Council from May 2024.”

She continued: “It’s clear that whatever is the system the electorate has chosen, it cannot function without the support and engagement of all our civic leaders including business.”

“Professor Robin Hamilton from UWE Bristol recently wrote about the need for a governance commission in the city and I’m hoping this will be something that can help meet the needs of the whole city including our civic leaders to make sure leaders are supported in delivering against some very, very tough targets and challenging times ahead.”

Jaya also celebrated the recent successes in the city, including how the Initiative worked with members, The Bristol Port Company, in holding a jobs fair for Afghan re-settlers who are seeking jobs and ways to become part of our community. She said: “Doing the right thing makes good business sense.” 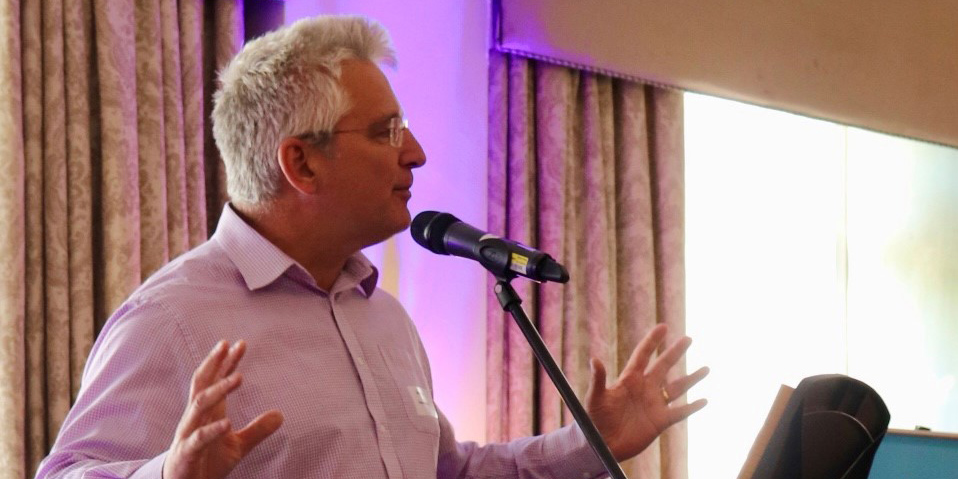 James Durie, Chief Executive of the Chamber and Initiative, acknowledged that whilst the last few years have been challenging, there are exciting plans ahead for the city and its businesses.

He summarised some of the work of Business West Chambers of Commerce and Initiative is doing to bring the community together and raise the voice of business, he spoke about the work taking place to exhort business, investors and in particular those in positions of local governance, to think, plan and act into the long term.

“We are calling for really effective strategic planning, because we know it's important for the future, not just for business, but for the long-term future health and prosperity of all our communities including very important institutions like Bristol Zoo.”

James also spoke about the challenging times ahead fuelled by a developing cost-of-living crisis and inflationary pressures as well as the continuing impacts from Brexit and the Pandemic. He gave a preview of Business West’s latest Quarterly Economic Survey findings which finds that 70% of businesses are concerned about inflation and this is the highest level of concern since 2008. Business confidence in the UK economy has also dramatically fallen to the level seen in the depths of the COVID 19 pandemic.

But he assured the audience that, “business continues to adjust and anecdotally, I’m finding that some businesses are really quite upbeat, they’re hiring, and they're reporting good results.”

Despite the challenges firms are facing, he was keen to share the positive news in the city such as the recent announcement of £95 million of government funding for Bristol Temple Meads and the Temple Quarter which will enable the creation of thousands of jobs and homes and enable the station to support the substantial growth that is coming.

He said, “This was a product of lots of work from several partners that we have been supporting over the last few years, but led by Bristol City Council, the West of England Combined Authority, Network Rail, the University of Bristol and Homes England that will help bring forward major growth in the city.

“We're also working hard to support businesses to reach net zero targets by running lunch and learn and other programmes and helping businesses get involved in sustainability training. We're also working to build a partnership with Bristol City Leap the chosen contractor which aims to deliver low carbon energy infrastructure for Bristol over the next 20 years.”

Also the work of the public private partnerships we help run continue to deliver for our city such as Visit West, the Business Improvement Districts, Bristol Ideas and also Bristol & Bath Regional Capital CIC - which through its role in running City Funds - is behind the building of a community wind turbine to supply and support the community of Lawrence Weston.

The next face to face Initiative members Meeting will be in the autumn.