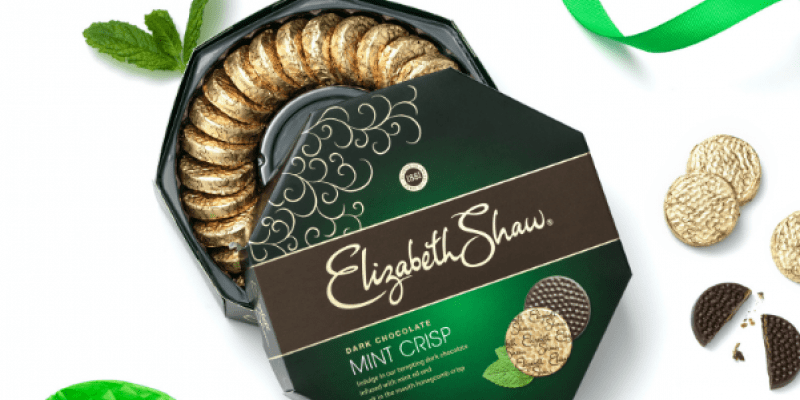 To mark National Biscuit Day taking place on May 29th, we spoke to a biscuit manufacturer based in Bristol which has increased its exports by 60% in the last two years to the UAE and South Africa.

Elizabeth Shaw was established in 1881 and this year the company is celebrating its 140th anniversary.

The business was founded by Elizabeth who started cooking sweet treats for her family, with her mint flavoured chocolate honeycomb crisp product being a particular favourite. The product was sold in her brother-in-law’s shop in Bristol and proved popular amongst local customers. A modest kitchen became a larger one, and this eventually grew to become a factory in Bristol.

Today the company still produces the same Dark Mint Crisp product which continues to be its bestselling line. In May 2021 the Colian food group launched a dedicated UK division combining the sales and distribution of its confectionary brands including Lily O’Brien’s and Elizabeth Shaw.

Following the acquisition, the business decided to re-focus its attention on re-building its export business. Kieron Broad, the company’s Sales Controller says:

“In our first year we managed to gain a seasonal listing with the international retailer Auchan, including listings in Russia, Ukraine, Portugal, Romania and Hungary.

“Over the last 2 years, we have attended ISM in Cologne which has allowed us to build new trading relationships in Norway, South Africa, Canada, Australia, and some small business in the US.”

Since 2018 the company has been supported by the Department for International Trade (DIT) in the form of advice for breaking into new markets and has taken part in a series of DIT initiatives. Its products were included in hampers as part of the Great British Food Programme, which were sent to key buyers in Kuwait and Japan, resulting in ongoing discussions with buyers in these markets.

“I’m delighted to have been able to help and advise Elizabeth Shaw and to see their exports grow accordingly.

"As a company, Elizabeth Shaw has always been open to new ideas for market entry and growth.  To help raise their profile and brand they have participated in a number of our specific food & drink promotional events.  It’s great to see their hard work being rewarded."

While the company has faced challenges over the last year due to the coronavirus pandemic, Kieron says: “we have developed consistent business with Dischem in South Africa as well as driving new listings in the UAE via Carrefour, Al Maya and Spinneys.”

Kieron says that as a relatively new business to export, his advice would be to,

“Build your knowledge via the resources available to you, speak to DIT and try to build up relationships through networking events.

“It’s also important to research and focus on the right markets – exporting in certain counties isn’t easy and there can be many pitfalls if you don’t ask the right questions.

“Researching where your competitors are listed and whether you have the right fit in that market is essential. DIT can support you to carry out this research effectively.

“If you want to succeed and make your mark in a competitive landscape, you need to attend trade shows and networking events to build contacts and experience. Investment in attending shows and driving the presence of your brand and story is essential and needs to be a long-term commitment, not just for one year.”

This year the company has started its own transactional website which is starting to build momentum and was accelerated during the pandemic.

Over the next 12-months, Kieron says the company’s export plan is to keep building momentum and rapport with key export contacts in markets such as Canada and Australia and Japan.

“Being persistent is my key takeout from any export development you’re doing. You need to keep in contact with buyers in different regions.

“This can be difficult with different time zones, but it’s important to keep the communication open and ensure that you are clear on what the customers’ requirements and expectations are so that you can deliver these”