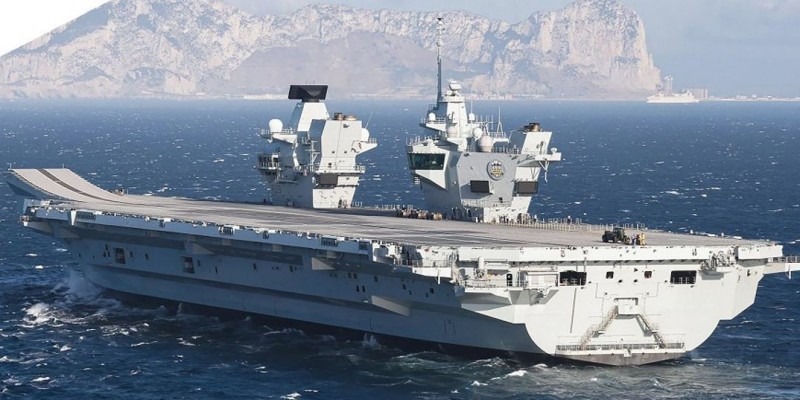 This weekend (11th & 12th December), officers and crew members from the HMS Prince of Wales are visiting Bristol to mark the ship’s affiliation with the city, and are inviting all across the city to celebrate. Bristol is formally affiliated with HMS Prince of Wales, one of the Royal Navy’s fifth generation aircraft carriers and one of the most powerful surface warships ever constructed in the UK.

The Bristol and West of England Initiative at Business West have been working for the past 3 years, and now with an Affiliation Board led by HM Lord-Lieutenant Peaches Golding OBE CStJ, to build strong long term links between the city, its businesses and wider communities, with the ship and its company.

Her flight deck is 70 metres wide and 280 metres long, which is enough space for three football pitches, and she holds 45 days’ worth of food in stores. She has a minimum crew of around 700, increasing to around 1,600 with aircraft on board.

The weekend of celebrations culminates on Sunday 12th December at 3pm, when a special Evensong service in Bristol Cathedral is taking place which will witness the ‘Blessing of the White Ensign’ which traditionally flies on Royal Navy ships. This will be a highlight of a weekend visit to their home port by the Commanding Officer of HMS Prince of Wales, Captain Steve Higham and around 30 of the crew.

As a business community, we have a growing number of our members already involved with this important affiliation and we were delighted to welcome Captain Steve to speak at our December Initiative Member Meeting to highlight the opportunities for our businesses across the city.

Further details about Bristol’s affiliation with HMS Prince of Wales can be found here - https://www.bristolaffiliation-hmspwls.com/