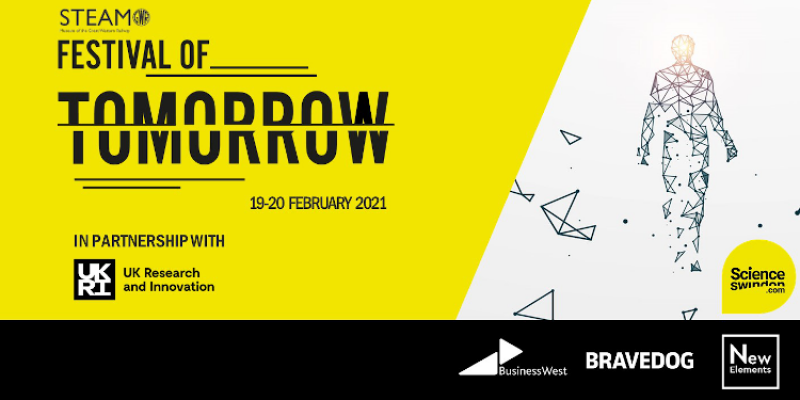 Off the back of a hugely successful inaugural event in 2020, Business West is once again proud to be a lead sponsor of Swindon’s one and only science festival – the Festival of Tomorrow - for 2021.

Thousands of young people streamed through the doors at STEAM Museum for last year’s event, where they were given the opportunity to get hands on with cutting edge technologies and witness real-life science experiments courtesy of some of Swindon’s top science, technology and engineering businesses, including Intel, BMW and the UK Space Agency.

This year, however, due to the current lockdown restrictions in place across England, the event, which runs between 19th - 20th February, will be delivered in its entirety online. 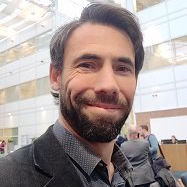 The driving force behind the event, Dr Rod Hebden, spoke about how developed idea for the Festival and explains why young people, local businesses and Swindon Borough Council are all so keen to be involved:

“When STEAM Museum first asked me to create an event for the museum, I jumped at the chance. For me, the Festival of Tomorrow provides a valuable platform to help raise aspirations and awareness of STEM (Science, Technology, Engineering and Maths) career pathways amongst young people in a way that is interesting and engaging by dispelling the myth that scientists are geniuses in white coats, which young people can’t relate to! And we put the Arts back in to make STEAM, to show that creativity is at the absolute heart of what scientists and engineers do.

“The Festival also helps to showcase the vast array of engineering, science and technology businesses that we have here in Swindon, something which is often overlooked by people both within the town and the outside world.

“Because of the STEM ecosystem that we have locally, with UK Research and Innovation, The Science Museum and the UK Space Agency on our doorstep, we are lucky enough to be able to fill the Festival programme with top drawer exhibitors. That being so, I have every confidence that our exhibitors will be able to recreate the magic of last year’s event in a virtual format.”

On the months of hard work it has taken to get to this stage in light of the current predicament, Rod continues:

“It would be irresponsible in the current climate to try to deliver even part of the Festival in a physical environment, so we made the decision in autumn last year to take it fully online.

“The decision to do so has created additional challenges, particularly in terms of ensuring that remote access is open to all.

“Since schools were mandated to close earlier this month, the extent of the digital divide has come into sharp focus,” continued Rod. Adding “Education and learning should be open for all, and we are proactively engaging with local partners to try and widen access to the Festival through the distribution of tablets and laptop computers.”

Following in the footsteps of The White Horse Federation and others in the town in widening access to online learning and bridging the digital divide, Rod is hopeful that each and every young person in Swindon will be equipped with the necessary tools to join in on the Festival come mid-February and replicate the success of last year.

A key champion and backer of the Festival of Tomorrow, Ian Larrard, Director of Swindon & Wiltshire Initiative at Business West, comments:

“Getting young people interested in and excited by science, technology and engineering is an important first step toward furthering the STEM agenda here in Swindon.

“We fully support the aims of the Festival of Tomorrow and hope that it can build a legacy in terms of encouraging our young people to consider STEM career pathways.

“Swindon employers are at the forefront of tackling some of our greatest challenges and opportunities, from climate change to technology in vehicles and medicines of the future.

“Therefore, we are hopeful in the longer-term that the Festival of Tomorrow will help empower Swindon’s young people to build upon the town’s impressive reputation for pioneering science, technology and engineering and make it prosper.”