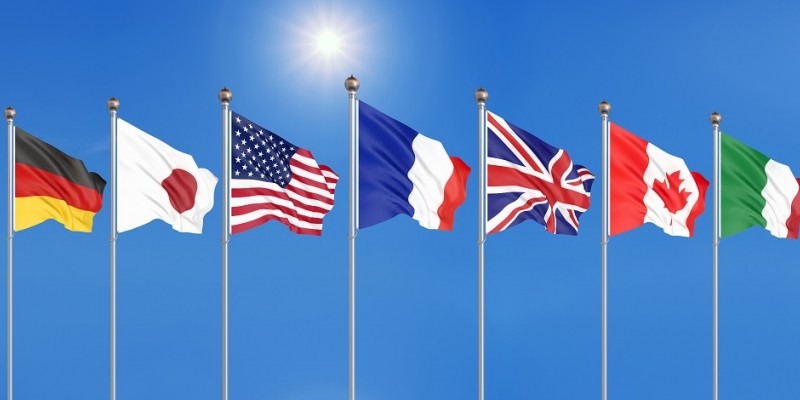 Last week Business West took part in the British Chamber of Commerce South West (BCCSW) C7 virtual conference which brought together representatives from Chambers of Commerce’s around the globe to explore the opportunity of a Blue-Green Recovery ahead of the G7 Summit.

The G7 takes place in Carbis Bay this week bringing the international spotlight  on Cornwall and the South West.  Between  the 11th and 13th June,  leaders from Canada, France, Germany, Italy, Japan,  UK and the US come together to discuss some of the most pressing challenges we face, from climate change, biodiversity loss and tackling the ongoing Covid-19 pandemic. These are unprecedented and interdependent crisis that pose an existential threat to nature, people, prosperity and security. Some of the key drivers of global biodiversity loss and climate change are the same as those that increase the risk of zoonoses, which can lead to pandemics. Urgent and concrete action will be needed to move towards global sustainability, further mitigate and adapt to climate change, as well as halt and reverse biodiversity loss and environmental degradation.

More than 200 people from around the globe joined the C7 which was chaired by Dr Adam Marshall who recently stepped down from his role as Director General of the British Chambers of Commerce.

Stuart Elford, chairman of BCCSW – the regional affiliation of accredited county chambers in the South West said: “How we achieve a blue and green economy is of particular significance in our region. It is a global issue being played out with pressing consequences for our peninsula.”

First to present was Kevin Forshaw, Director of Industrial Partnerships at the University of Plymouth who explained how the South West can become the first regional Net Zero economy. He noted that ours is a region rich in the resources and expertise needed to drive the green revolution, the natural environment delivering boundless potential for renewable energy – wave, wind, tidal and solar – all within touching distance of major ports and infrastructure. Floating offshore wind is a rapidly developing sector primed to make a significant contribution to net zero ambitions while providing a major engineering boost. Both of the region’s powerhouses – The Western Gateway and Great South West – recognise regional opportunities to harness the South West’s natural resources to power up the UK, and deliver inward investment and export potential. He was then followed by The Right Honourable The Lord Sedwill, Head of the Home Civil Service who talked about the interdependencies between the climate and economic and geo-political stability and resilience.

Delegates were then invited to participate in panel discussions including achieving sustainable and fair international trade, and the green and blue economy recovery. This was a chance to share experiences and views from around the globe.

Nina Skubala, Head of Climate Strategy at Business West and a panellist at the C7 said, that whilst many firms recognise Climate Change to be an issue, their ability to take action is somewhat limited as many are still in the grips of dealing with the fallout from the pandemic and lack the expertise, skills and cashflow to finance the transition to Net Zero. She said “Now is the time to harness the energy and interest generated by the G7 and turn it into action and progress with a real focus on the blue and green economy to build economic resilience, create secure and good quality jobs and develop export opportunities.”

Kim Conchie, chief executive of the Cornwall Chamber of Commerce, said it had been "inspiring" to be able to attract world class speakers from very diverse backgrounds to attend a conference in the South West.

Off the back of the C7, the British Chamber of Commerce will be writing to the G7 leaders, calling on greater regulation solidarity. That will become increasingly paramount going forward in achieving a truly green and blue global economic growth.