Five years after British Rail dropped the bombshell that the Swindon Railworks were to be closed, Nicky Alberry joined Great Western Enterprise to continue and build on the work that had started to help drive new jobs in the town.

The company that she eventually headed up, Great Western Enterprise became the foundation for Business West today.

Ironically, I talked to Nicky just as the Honda closure in Swindon was announced.

And here again, Business West is playing its part in the government’s Task Force to find new jobs and opportunities for the Honda workers being made redundant.

Nicky has an enviable business pedigree in Swindon & Wiltshire which has culminated in becoming the county’s High Sheriff - an honour she relinquishes after her year of office on April 6. 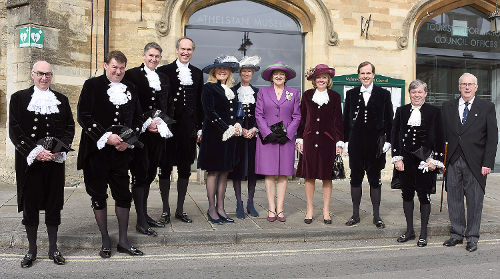 I asked her what had she got out of being High Sheriff?

“I was very surprised and delighted to be asked to become The High Sheriff for 2018-19, especially as I am Devon Girl and have only been here in the County since 1991!

"I wanted to make sure that while I satisfied all the responsibilities that the High Sheriff has, I wanted to do something with a real purpose.”

Nicky is Chair of Swindon Women’s Aid – a charity providing refuge and domestic abuse support services in Swindon. She decided to make domestic violence the focus of her year.

The High Sheriff is still the Sovereign’s representative in the County for matters relating to the Judiciary and the maintenance of law and order.

Her predecessor, Lady Marland had focussed on raising awareness of helping people with mental health problems who get caught up in the criminal justice system.

“I have to say it has been fantastic on a whole range of fronts.”, she told me.

“From the domestic abuse point of view, people have been so welcoming and wanting to share the work they are doing across the county and what we could be doing differently.

“I have probably met between 80-100 of the partners that touch this incredibly complicated spider’s web of support for victims and their families of domestic abuse.

“Last week, in the middle of a board meeting of Swindon’s Women’s Aid they took a call from the police about a woman and three children who needed a place of safety immediately. We responded very quickly and were able to look after the woman and her children that evening.

“But there is so much more we can do to stop it happening in the first place. That is very difficult - and I had that reaffirmed during my year as High Sheriff.

“Those who are working in this world are super dedicated to it and really do go that extra mile. Some of the work I have seen and that the charities are doing is just heart breaking.

“Domestic abuse and violence happens in every layer of our community. Young, elderly, same sex, or LGBT relationships-between family members whether you are rich or poor, whether you live in social housing or a very smart house in Wiltshire. Domestic abuse is everywhere.

“We are never going to change everyone’s behaviour but if we can shift it a bit would be an amazing.”

“I absolutely know that I have raised the awareness of domestic violence in all its forms.”

And next year after her Shrieval year she will continue to champion domestic abuse and violence and chair Swindon Women’s Aid. 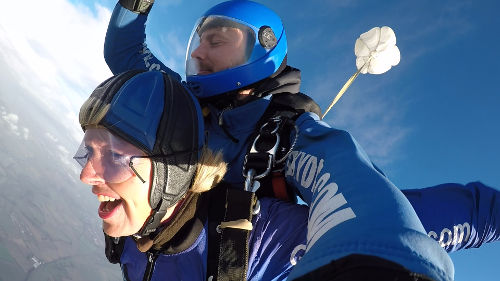 The big learning curve from her big year?

“Just how much volunteering goes on in our county.

“What has particularly struck me is that how much time people are giving to volunteering for young people.

“Hundreds and thousands of hours a year - it is so much fun.”

“Starting very young actually. My Dad ran his own architect’s practice and I knew what that was like for him.

“My stepfather ran a marine engineering business in Brixham which my brother now runs.

“I remember on Sunday afternoons sorting out all the invoices and the VAT paperwork. When I got a bit older and my handwriting was alright, I used to write the bills out for the trawler owners.

“So, really early on I knew what it was like to be in business.”

When she left school she went to work for the Midland Bank as it was then in Torquay.

She didn’t go to university but her branch manager said she should enrol at “night school” for her professional banking qualifications.

“It sounds very silly now, but in the late 70s, women didn’t do that.”

Nicky went to work in Cornwall and was then asked to look at a problem the Bank was having in Gloucestershire. Her time in Gloucestershire ended with her being appointed the manager in the branch on the Promenade in Cheltenham.

She was then seconded to Great Western Enterprise in 1991 to help people set up their own business and to find new jobs, particularly after the closure of the Railworks.

“I enjoyed it so much that I resigned from the bank and 30 years later I am still involved with them.”

GWE was set up in 1986 when the railworks closed and British Rail gave the company £1m to help redundant rail workers into employment.

“In the late 80s and 90s, Swindon was growing very quickly and a lot of these people were highly skilled.”, said Nicky.

She became chief executive where she worked with all the agencies, local, regional and national government to build a whole range of support services to business which eventually became the Business Link brand that the government “owned”.

Nicky worked with the Department of Trade and Industry in London to develop the Services.

She also worked all over Central Europe  helping people set up in business after setting up a joint venture company, Interprise Development Services, with five other business organisations, working with the then Overseas Development Agency, now the Department for International Development. 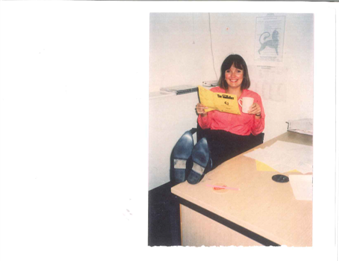 “They were really exciting times”, she remembers, “travelling to Czech Republic, Slovakia, Hungary every month and helping people start in business.

“I still love business and when my husband, Pete, left National Power, I persuaded him to set up his own company and he has done that for the last 20 years.”

GWE merged with Bristol Chamber of Commerce and Industry, BCCI which became Business West and she became joint-chairman with Colin Skellett from Bristol.

She still chairs the Swindon company that is GWE Holdings and has worked with them since 1991- right through to chief executive and chairman and now sits on the Board as a non-exec.

Nicky helped set up the Skills Board in Swindon, and was vice chairman of the SWLEP in Wiltshire before becoming High Sheriff.

How does she see business at the moment?

“I think it is really challenging with all the uncertainty there is. But across Swindon & Wiltshire, we have got a really strong mixed economy. A lot of our small businesses can be flexible and change direction quickly.

“My concern is about some of the foreign owned national and multinational companies – what is their long term commitment to the UK?”

What would her advice be to someone now setting up business in Wiltshire?

“I would always tell someone to get some advice, talk to people who are doing it-really do your research properly.

“For lots of people, it is the same now as it was 30 years ago. If you are starting up you can do that alongside a full time job working for somebody and test your business idea.

“Talk to your friends and talk to business organisations like Business West.

“Be absolutely sure that what you are doing, whether it as a product or service, that people do really want it and would buy it.”

Is there anything else she wants to do, I ask?

“I want to sleep-can I sleep please? It’s been a fantastic year – I am most grateful for the opportunity. Post this role, one thing is sure, I will continue to be interested in what businesses are doing.”