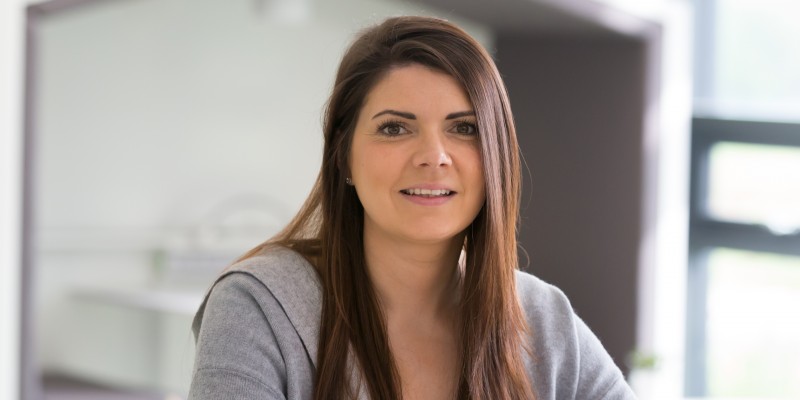 Cheltenham based Bay’s Kitchen, which specialises in food products for people with dairy free, gluten free and Low FODMAP diets, has increased its exports to Australia by 400% since 2019.

Bay’s Kitchen’s success comes as the UK agreed a trade deal with Australia on 15 June 2021 which has eliminated tariffs on all UK goods, while boosting jobs across the UK.

The company’s total exports also grew dramatically during lockdown (up 150%) and over the next five years, Bay’s Kitchen sales to Australia are expected to reach over £100k per annum.

Bay's Kitchen is part of the Great British Food Programme, an initiative set up by Business West in partnership with the Department for International Trade (DIT) which aims to connect UK food and drink producers with a host of international buyers who are hungry to buy high quality British produce.

Bay, the owner, suffered with IBS for five or six years before the doctor recommended the Low FODMAP diet. She discovered it is the fermentable sugars in some food which create gas, leading to bloating and constipation.

Realising that Low FODMAP products were difficult to buy, Bay developed her own product range and set up Bay’s Kitchen.

“Bay’s Kitchen were approached by various international customers, which was really useful in getting our exports started. You do of course get some queries which you need to investigate to see if the distributor will make a good strategic business partner.

“Australia was one of the first enquiries that came to us. Interestingly the FODMAP diet was originally developed in Melbourne.”

“One of the people who worked for our certification body, Fodmap Friendly, knew Bay and said they were opening a shop selling Low FODMAP products and asked if we could we supply them.”

DIT has supported the company since 2017 and has introduced the business to various events and opportunities to help them learn more about export and equip them with the skills needed to succeed.

Bay’s Kitchen has also been in direct contact with British Consulate General Ludmilla Broyde in Australia who has supported them with a range of enquiries and helped to facilitate their exports to the market.

The company is also a member of the Great British Food Programme and has its products listed online via the platform so international buyers can approach them. This has resulted in meetings with overseas buyers and has enabled the company to attend key events.

“We’ve got an excellent trade adviser, Barbara Hollyhead, who has been so helpful and efficient in answering our questions.”

“For example, in terms of packaging, although in Australia its English speaking, the way we label things in the UK is not in the nutritional format they want.

“Barbara has also been extremely supportive in introducing us to contacts who can give us advice on the best routes in and customs clearance for example. She’s also introduced us to potential customers.”

While Ben says exporting to Australia is easier than some markets due to the cultural and language similarities, the distance means you need to be prepared:

“It can take four to six weeks to get there and often you tranship. For example, your container might leave on a vessel to somewhere like Singapore before changing ship and going on to Melbourne.

“Previously, we had a shipment that arrived that was soaked, jars were cracked, and lids were damaged. About 10% of the order was written off. We learnt from that and we now have a much better carton that has dividers providing cushioning to avoid damage. We carefully shrink wrap every pallet.”

Ben has three main tips for businesses looking to export to Australia:

“Firstly, have a great customer or distributor in the country you’re exporting to. This is important because they are your representative in that country and will fly the flag for your brand.

“Secondly, have a good export partner. In the case of Bay’s Kitchen, we use British Corner Shop who have been able to handle the labelling and some of the more complex shipping side of things.

“Thirdly, pack the product like it’s going to the moon. It’s going to go on quite a journey and get beaten around and get transit damage. Pack for the worst eventuality and you should come out OK.”

Get started with exporting at International Trade Week

As part of International Trade Week taking place between 15-19 November 2021, a series of exciting events will help businesses learn more about selling globally. Businesses will have the opportunity to learn about topics such as what the United Kingdom's Free Trade Agreements mean for businesses and the Department for International Trade's approach to supporting exporters. You can find a full schedule of the events here.

To discuss your own export development options and find out more about the support available from DIT, call 01275 370944, email ditsw@mobile.trade.gov.uk or visit www.great.gov.uk/advice