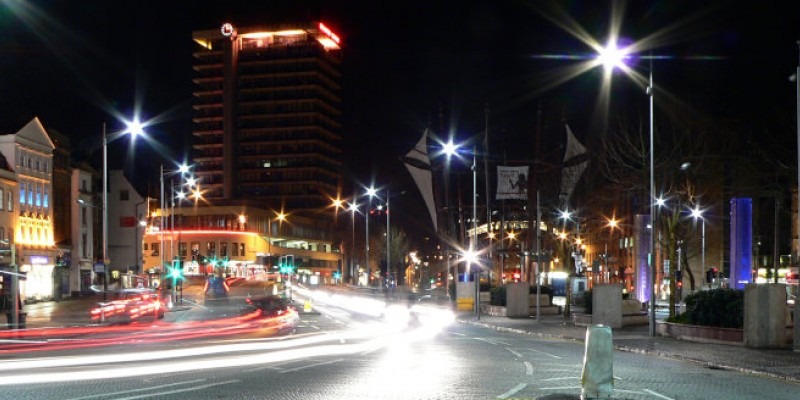 Bristol has a serious pollution problem – many of our city centre streets are breaking legal air pollution limits, with knock on effects for the health of our families, workers and visitors.

Central government is at last and not before time pushing all cities and towns with a pollution problem to do something about it – primarily by introducing Clean Air Zones (CAZ).

CAZs are coming, so let’s make the most of them.

The positives are that they give cities like Bristol the chance to encourage (and get funding for) driving up sustainable public & other transport use, helping people move to cleaner vehicles, but also help us start to grapple with a major challenge of our time: reducing our carbon emissions.

We think Bristol’s proposals for a CAZ – most notably through a diesel ban of private vehicles – are too narrow, have significant downsides and risk being out of date in a couple of years’ time.

There are several reasons why we think this:

Bristol City Council is being forced by government to measure success on just one outcome: NOx (nitrogen oxide), but it would be wise for Bristol to think more holistically.

Bristol City Council was the first local authority to declare a climate emergency back in November 2018, and has committed itself to reach zero carbon by 2030. According to the modelling undertaken by the Council, a diesel ban would lead to less than a 1% reduction in greenhouse gas emissions from transport, whereas a wider petrol and diesel scheme would be eight times more effective in reducing carbon emissions.

Bristol has very few levers to achieve this change locally – but a CAZ is one of them. As the next decade is going to be dominated by carbon reduction, we believe it’s short-sighted not chose the best system to also target this outcome.

In addition to NOx from diesel, there are a range of other pollutants to consider: carbon monoxide, hydro carbons and other particulate matter. All of these pollutants are also produced by petrol as well as diesel vehicles, meaning that a targeted petrol and diesel scheme would arguably be more effective in terms of improving air quality than the current proposals. Bristol’s current proposals would let very polluting petrol vehicles in for free.

A broader and more robust CAZ would also give businesses and families more confidence that when changing vehicles, a future government or Mayor is less likely to change the goalposts.

3. Business and the economy

As well as being committed to improving public health, we also need to think about the knock-on effects for economic health.

A diesel ban is strikingly different to what every other UK city is planning – which makes it much harder to communicate its meaning to investors and visitors. We have heard some visitors are already making arrangements to go to other cities due to this confusion.

For this and other reasons our polling shows that 77% of businesses would prefer a targeted petrol and diesel pollution charge over a straight diesel ban.

Mayor Rees is understandably concerned about how low-income families might adapt to charges on polluting petrol cars. However, this is a solvable problem.

The targeting of petrol vehicles will only charge cars that are below the Euro 4 standard – cars made since 2005. So only drivers with over 15 year old cars would be penalised. According to the ONS, most UK drivers scrap their car before it gets this old. However, if Bristol follows Birmingham’s lead and rolls out a £2000 scrappage scheme for low income households, they will be able to adapt more easily if they live or work in the zone. A quick scan of Auto Trader shows more than 1,000 Euro 4 compliant petrol vehicles for sale within 50 miles of Bristol costing less than £2,500. This is a hassle, but it isn’t a good enough reason to favour a diesel ban.

In light of these factors, which is the better option for the wider range of considerations: for climate, household and business health?