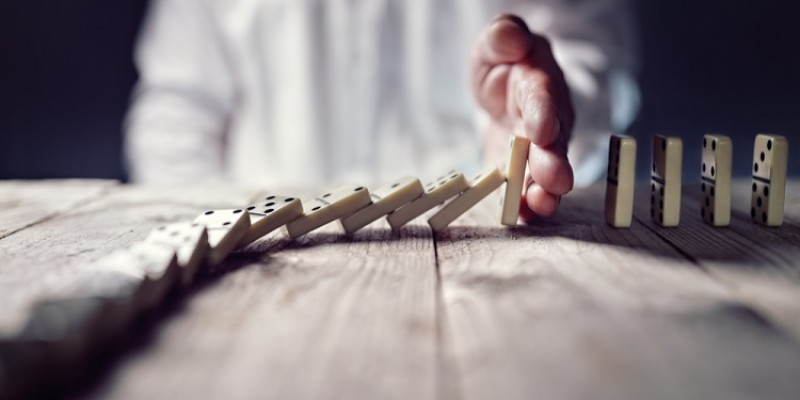 Wow! What a rollercoaster! I own two very seasonal businesses with very different styles and offers - a private tuition company (Swindon Tuition Centre) and a cafe/bar (BAILA Coffee and Vinyl).

COVID-19 has affected each business differently and taken its toll on the mental health of staff.

Swindon Tuition Centre has 4 centres across the South West offering private tuition to children aged 5-19 who can’t attend school and also whose parents want an evening academic intervention to ensure progression in English, Maths and Science.

Due to COVID 19, we had to stop tuition in person and now only offer online tuition over Zoom. As a result of GCSE and A-Level pupils being gifted their results as well as others not wanting online tuition we lost approximately a third of this part of the business.

Staff immediately had to change how they did things and we very quickly started operating all sessions online. It was a very intense period of learning for me and then training the staff and also we had massive administrative tasks to ensure that each customer was communicated with effectively and those who wanted to stop were dealt with as they should have been. We never stopped trading, so had to try and do all these changes in real time!

Approximately 50% of the business equates to contracts that we have with various schools and institutions, delivering education to the most vulnerable pupils - often those with social, emotional and mental health difficulties, criminal records, those in care and those excluded from mainstream settings.

Open for vulnerable pupils throughout

Although schools shut, we (as we work with vulnerable pupils) were still expected to see pupils in person. It was a very hard call to make to decide to ask staff to come and work face to face so I decided that I’d let the staff make the decision and we settled (tentatively) on offering 50% in person and 50% online tuition. Even then, many institutions stipulated that we couldn’t offer any face to face teaching at all.

We had contracts that lasted until the exams were over but some schools decided to ‘ride the wave’ and opt out of sending the pupils, cancelling the contracts. During this difficult time we made the decision not to rock the boat in the hope that they would come back to us next year and were forced to furlough some staff.

We received a grant for £10k for 3 of the 4 centres that we operate from which meant that the worry of covering rent was taken away for at least the short term. The few days before then were hell as there wasn’t enough information from Government available and the only comfort was that there were many other businesses in a similar position.

After the announcement, we found out that we were also able to Furlough some staff due to the decrease in work and some not being able to work due to childcare and also some being classed as vulnerable.

Some staff understood the bigger picture but it became very difficult as an employer to make decisions as to who to furlough, to try and give staff an idea of how long for and why we chose them. Some staff thought that it would be an option for them to choose to be furloughed and some were worried that it would affect their future employability if they had it on their record.

Many staff and friends that I know, haven’t reacted very well mentally to the isolation. Could there have been more publicity of the importance of mental health and how it makes people behave under pressure. The unsettled time definitely affected my mental health. Even though I’ve been physically around a large, supportive family and have lots of friends, my particular job role has felt very isolating. In addition, there were friendships within the workplace that I thought were solid relationships that became tested.

BAILA (a small independent bar and coffee shop), is normally open until late with people flocking into a busy bar to dance to a DJ with a couple of good cocktails before going to a nightclub. It’s a small, intimate family business with a core of 5 or 6 staff. It has always been hard to make any profit in this industry. We pay our staff well in comparison to other similar businesses but rarely have anything left over to play with after all the bills are paid.

We were very lucky that we got the £10k grant and the 80% furlough which meant that we could carry on paying staff and paying our rent whilst we have to close. It was a shame that we were not given more notice of closure as we would have had an opportunity to cut down on stock orders in time. Hundreds of pounds were wasted due to this just with our small business. We don’t have any money in the bank now. We have opened for a fraction of the time offering a different product to our normal business model. It’s very up and down and lots of speculation about its future.

Originally, we thought that selling take away food like other businesses would be a step too far as there is a lot of competition, we needed to upskill and there was a risk that we would lose money in the process. That said, we needed to make some money to keep going so we have started selling Bagel Meal boxes. We are also now open offering table service for a fraction of the amount of customers that we would normally have welcomed in.

We will have to be very patient as social distancing is very difficult in such a small space. As we normally make 80% of our money in 4 hours of trading in the week, the model of the business doesn’t really work if we can’t get lots of people in at the same time. We’re having to totally change the shape of how we run the business and I worry that there isn’t assurance that we will be kept safe financially.  It’s going to cost me a lot of money to wind the business down should we come to it if no more help is given.

We’re hoping the normality will resume in September, but to what extent and for how long we don’t know as there is a strong possibility that there will be another spike during the winter.

Both businesses are much more resilient to change now and we are prepared for lock down. I do however think that there are many in the hospitality sector that will struggle to make ends meet. The industry from my experience, especially for small independents, is excruciatingly hard to make real profits.

As a result of this we’ve also seen how, as a collective of people, mental health should be part of the fabric of what we do for our pupils and also for our staff. There have been many that have been suffering mentally as they were not particularly strong in the first instance. Businesses should be more accountable for employee’s mental health and wellbeing.

I also have had many conversations with people wanting to slow life down; spend more quality time with family; be more healthy and generally enjoy life more. We have advertised a few jobs and have been inundated with applications from people looking to change their life for the better and help others.

COVID has taught me a lot about myself. The importance of slowing life down and not overthinking things that are out of your control. Again, I have been extremely lucky in many ways - my support network is strong and I haven’t been pushed to the edge like others have.

I’ve booked 2 months off in January with the family to use the time to assess where we are and want to be moving forward.