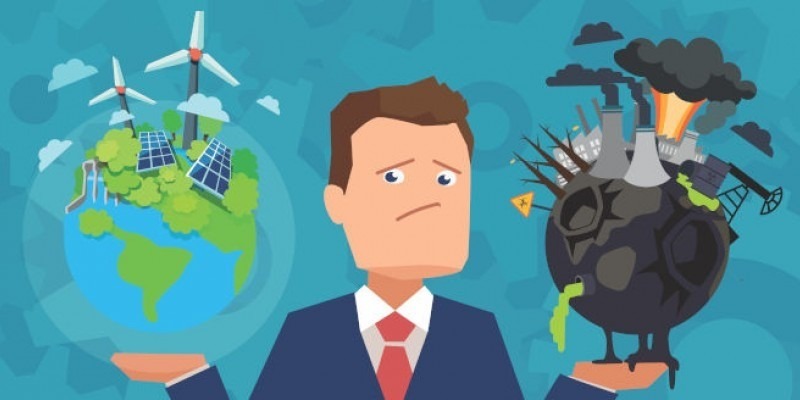 So, as the owner of a small business in Gloucestershire, what actions are you intending to take following COP26?

On the face of it, COP26 was something of a fragile win to keep the aim of 1.5 degrees alive.

However, that doesn’t relate to the daily running of an SME in Gloucestershire like Stroud Brewery, for instance.

On Sunday, straight after COP, I talked to its founder and managing director, Greg Pilley, a keen member of B Corp which aims to put planet before profit.

Greg buys organic barley for his beer and in the last week that went up to £950 a ton as against conventional barley in the UK costing between £550-£600 a ton.

“We believe organic farming has the best results for bio-diversity on a farm and the evidence is growing there is much more carbon captured in the soil.”

But Stroud Brewery now faces something like £40,000 off their bottom line in a year compared with their next competitor not doing that.

“Is it worth saving the planet?” is the question we face says Greg.

“Ultimately, it is down to individual behaviour. A lot of people see climate change as a bit of an inconvenience.

“And people are reluctant to change their behaviour. But when Covid came along it did affect us, so we changed our behaviour.”

What would Greg be asking Boris Johnson to do to reinforce the COP26 message for business?

“The message here in Stroud is that we have a target to get to net zero by 2030.

“We should be insisting that businesses achieve that. You have got to set up a way of measuring, monitoring and incentivising a shift.”

He believes the foundation of a company’s net zero journey should be their own verified carbon audit.

And I think he has a good idea of using business rates to act as an incentive.

If you are meeting your carbon target your business rates would remain the same. If you exceed your target, you would have your rates reduced while there would be a penalty if you don’t achieve it.