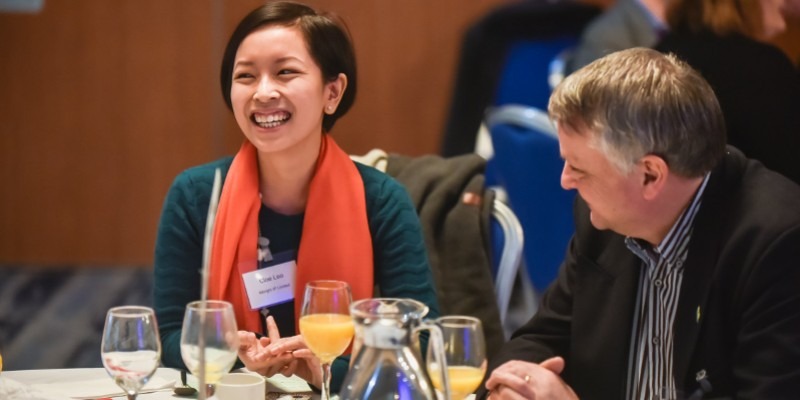 Gloucestershire has a great opportunity to benefit from both the threats and the opportunities posed by the enormous growth in cyber crime—hitherto amazingly unrecorded in the national crime figures.

On the day Business West held a networking breakfast at Jurys Inn in Cheltenham-appropriately next door to GCHQ, the national listening centre-we heard that nationally more than five and half million fraud and cyber offences are thought to take place each year.

It is staggering to think that those figures now account for almost half the crime in the UK.

The breakfast attendees heard from Gloucestershire Constabulary’s Ian Maxted, a man who admits that he was an ethical hacker previous to joining the police in an intelligence role, that the effect of cyber crime on business in the county is already quite staggering. 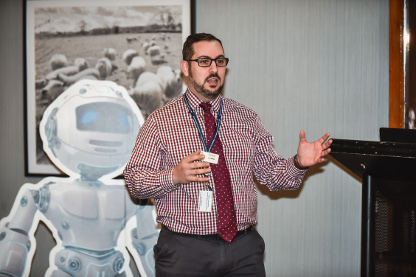 He told us it is estimated that cyber crime is costing Gloucestershire firms something like £5.98 a minute-about £250,000 in the last year.

As a result of this threat to business, Police Commissioner Martin Surl decided in 2013 that the force really needed to face up to the cyber threat. Gloucestershire has now become very much a leader in cyber crime knowledge and the proof is in the figures.

Gloucestershire had been 35th in the UK police force league table of cyber crime in the UK—the county is now 7th.

In fact, assistant chief constable Richard Berry, who has led the cyber charge, has become one of the UK’s leading police cyber fraud specialists. 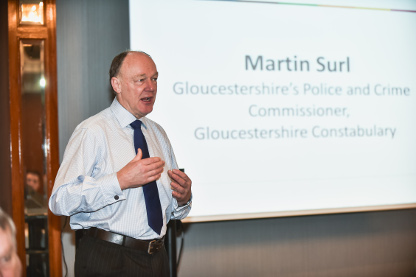 Martin told businesses at the breakfast: ”The constabulary here really have got their act together. Support from business has been excellent but we cannot rest on our laurels and we all need to raise our game. People want to attack your infrastructure.

“Believe it or not, up until now we have not recorded cyber crime, despite the fact that this type of fraud can have massive implications. I am very pleased that Business West is raising the issue”.

Professor Richard Benham, another of the stellar cast of speakers at the breakfast, is soon to head up the National Cyber Management Centre in Cheltenham, and is acknowledged as one of the world’s leading authorities on cyber. 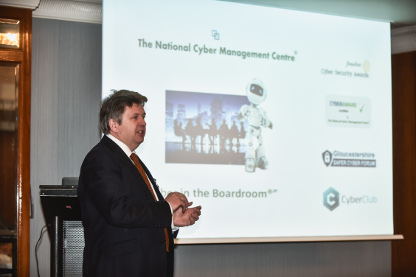 “I think business is woefully unprepared for what is coming over the top in terms of cyber”, he said. ”Businesses need to be given guidance on what is good and what isn’t good, particularly in the field of insurance.

“Business needs the answers today because these cyber attacks are real”.

Professor Benham, who is currently helping the government formulate their cyber policy, believes that the whole issue of cyber crime often tends to be pushed down a company’s chain of command to the IT manager when it should be considered at board level due to the potential seriousness of many of these cases.

“More and more litigation is taking place”, he said.

“Companies need to prepare themselves for the fact that if you lose 5,000 customer details they could all sue you.”

While the threat side of cyber crime is heavy, and could seriously damage a company, there are also great career opportunities for young people here in Gloucestershire as a result of the growth of this new type of company fraud.

As if to illustrate this totally, on the day of the breakfast the Daily Telegraph carried a story headlined: Spy competition for girls hopes to find our future ‘Jane Bonds’. 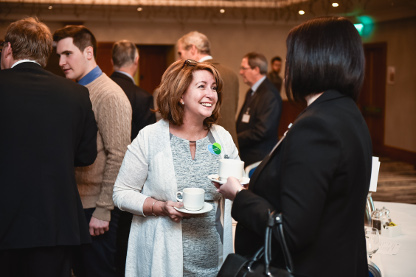 It said that GCHQ (Government Communication Headquarters) were launching a nationwide competition in February for girls aged 13-15 as part of a plan to recruit more female spies, dubbed Jane Bonds, to its ranks.

The University of Gloucestershire, like the county constabulary, are in my view very much at the leading edge of cyber in the educational world.

That edge is being provided by Kamal Bechkoum, Professor of Computing who is Head of The School of Business and Computing at the university. 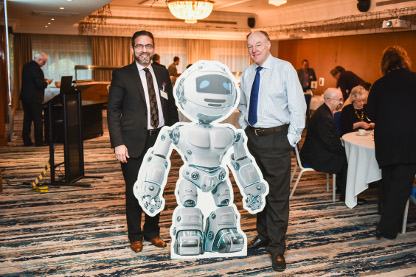 Kamal is the university lead of their £3 million Cyber Security project working with top organisations like Raytheon, Northrop Grumman, IRM and the National Cyber Skills Centre.

He told us that by 2019, there will be 20 billion devices connected to the internet-absolutely staggering.

“The amount of Big Data being transferred is colossal”, said Kamal.

The university is working closely with South Gloucestershire and Stroud College at their Berkeley Green Campus. Over £30 million has now been invested to create a brand new campus for learners aged 14 plus at the former nuclear laboratories in Berkeley.
Cyber security will be one of the centre’s specialisations with engineering, manufacturing, construction, digital technologies and sports sciences. 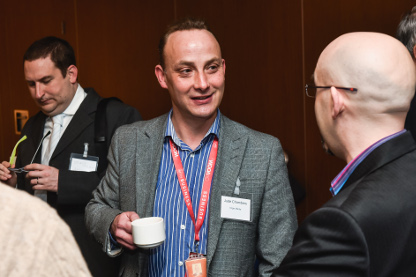 So, while cyber fraud is a growing threat to businesses large and small here in Gloucestershire, I believe that cyber also offers amazing, new opportunities for our young people to study leading edge technology to gain the right qualifications to help to counteract those threats.