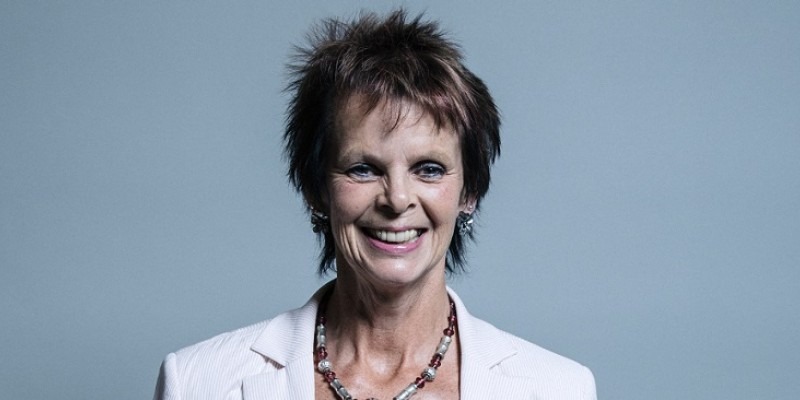 Further education colleges in the South West are up in arms over what they see as a stifling of financial support from the government. They claim this has led to many of them being unable to support much needed apprentices for small businesses.

Apprentice starts nationally are way down year on year. The government had pledged to have 3 million apprentice starts by the end of this parliament in 2020. And Gloucester MP Richard Graham has been leading the charge to persuade government to give colleges like Gloucestershire College and SGS an apprenticeship lifeline ⁠— especially for those smaller businesses.

Having campaigned for more and easier apprenticeships for the last 15 years as an editor of newspapers in Gloucestershire and Bristol, I put some tough questions to Apprentices and Skills Minister, Anne Milton, who had been a trainee nurse herself.

At the end of my interview, she assured me that whoever won the PM leadership contest, she “would hold their feet to the fire on making sure that Further Education gets the attention it deserves”.

Ian Mean: Do you intend to re-think the government’s 3 million target for apprentices by the end of this parliament? 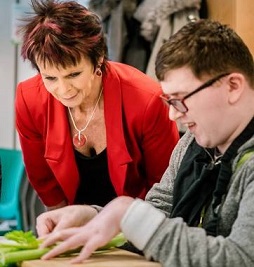 IM: You are obviously aware that many FE colleges are in real financial trouble with calls, including the recent Augur report for the government to inject £1 billion and freeze Higher Education funding.

AM: The government will be responding to the Augur report in due course. There are a lot of recommendations in Augur and it will take quite a lot of time. There is no doubt about it that funding hasn’t kept up with costs in Further Education; some colleges manage their finances well but even when they manage them well, I am aware that colleges are facing really difficult choices on spending. There is additional money going in for T-Levels; it will be £500 million by full rollout and there is also of course, money available for apprenticeships.

I think that what colleges who maybe haven’t done much apprenticeship training before find it difficult to find the headroom to step into new areas. Funding on apprenticeships will have doubled from 2010 by 2020. That money is in the system, and still a lot of the apprenticeships are not done by colleges.

We are seeing more of them taking up apprenticeship training as an additional source of income, but it doesn’t get away from the fact that the underlying base rate for colleges for 16-19 year olds has not kept up the pace with costs.

IM: So you will be asking the Chancellor to give you a lot more money in the Spending Review?

AM: I think there’s been an inbalance focus. It’s all been about going  to university. But a lot of companies have cut their graduate programmes in favour of apprenticeship training because of what employers need. In the public sector or private sector it is not just about knowledge; it is about skills. I think there is an awareness in business that it is not just about taking graduates; it is about taking young people who can now, of course, train up and do a degree apprenticeship.

IM: As an ex-apprentice like you, I am proud of being an apprentice. Do you think that this is something a lot of parents don't accept?

AM: I think it is changing. We have certainly noticed a change in attitudes towards apprenticeships. When you get companies like Google, Microsoft, Jaguar Land Rover and Deloittes, then parents start to view them in a different light. That all helps to change perception of what is a right course of action for a young person – even a young person with high  A-Level grades.

To get on a degree apprenticeship at somewhere like Airbus would probably be as hard as it is to get into Imperial or Oxford or Cambridge to be quite honest. They are becoming quite competitive now.

IM: Can I ask about the Apprenticeship Levy. Many colleges are struggling with the reduction of non-Levy funding. How can that be remedied with many SMEs often desperate to take on apprentices?

AM: The Levy money is in the employers' pots so they are free to spend as much of their Levy as they want. The government only starts to take money out of their funds after 24 months. In fact, Levy payers can now transfer 25 per cent of their levy pot to apprentices.

IM: But many of the colleges I talk to say there is no money left in the small business non-Levy pot.

AM: Levy payers can transfer 25 per cent of their Levy to smaller employers so that is one source of funding. So, I would urge any Levy payers in your area to think about transferring that money. It can be any small business or a charity. That is one source of income for smaller non Levy paying businesses. But I am aware of the point you are raising in the way we have done things up until now, which is not run apprenticeships so training providers – not employers – bid for that money and they then had allocations to train apprentices for smaller businesses.

We are moving small businesses on to what is an award winning apprenticeship training system. They will in time be on the same system as the Levy payers, ie. they will have control of the apprentices they employ. I am aware of the problems at the moment. This is not ideal. We would have ideally got the small businesses on the system earlier but it does take time and it is important we have stability in the system as well.

IM: What would you advise colleges to do in September if they have gone over their non-Levy allocation and have 16 year olds wanting to start an apprenticeship with a non-Levy employer?

AM: I would approach the larger Levy paying firms in the area. If you have not spent your levy pot, why would you not? There are lots of Levy payers who have not spent their levy pots. The local authority has got a levy pot, the hospitals trust will probably have a Levy pot. All the public sector organisations in the area have a levy pot. They can transfer 25 per cent to a smaller business to pay for the training of an apprentice.

For any area, that is all to the good because what business wants is skills in the local area.

IM: That sounds to me something that business does not really know about.

AM: We have worked with the Chambers of Commerce, the Federation of Small Business and the CBI-journalists like yourself can have a big impact on making sure that people realise that Levy payers can transfer 25 per cent of their Levy pot to small business. Certainly, your colleges should be aware not least because they are probably Levy payers. 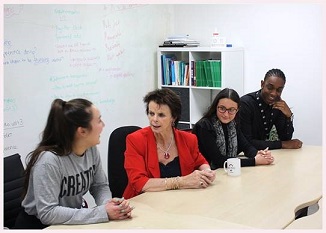 IM: What about the Levy itself – it's fairly complicated isn't it? I haven't come across many people who find it easy to understand. Are you intending to try and simplify the Levy and the apprenticeship standards?

AM: In what way do you think it is complicated? It is collected by HRMC – 0.5 per cent of their salary bill. Certainly, we want to make it as simple as we can for Levy payers and non-Levy payers. It has been difficult for the non Levy payers because we are now transferring over to a new system which we do want to be simpler for them.

We always knew it would take a bit of time for business to get on board – we have now got over 450 apprenticeship standards developed by employers themselves. I would urge small business to talk to the big Levy payers in their area, and that would include the public sector, probably the local authority, certainly the local hospital trust. Say you are interested in receiving transfer of money to train an apprentice, I am sure they will leap at the opportunity to help. Your local college may be able to help you.

IM: Do you think it is right that people who already hold degrees or masters should be allowed to draw down another £2700 in Levy money to do another degree when there is not enough money for a 16 year old to do their first level 2 or 3 apprenticeship?

AM: Well, of course, 82 per cent of  apprenticeships are at level 2 and 3. All the surveys say that the biggest skills shortage in business is in management and team leadership, so some of those management degrees are quite important for the country in terms of productivity.

There are a lot of people who would love to get back into work so the up-skilling and re-skilling is also important to make sure we have the skilled workforce we need. I think both the leadership candidates have said they would like to see more money going into Further Education. The proof of the pudding is in the eating.

The dialogue over the last 10 to 15 years has been dominated by Higher Education so either of the candidates who becomes Prime Minister, I will hold their feet to the fire on making sure that Further Education gets the attention it deserves.