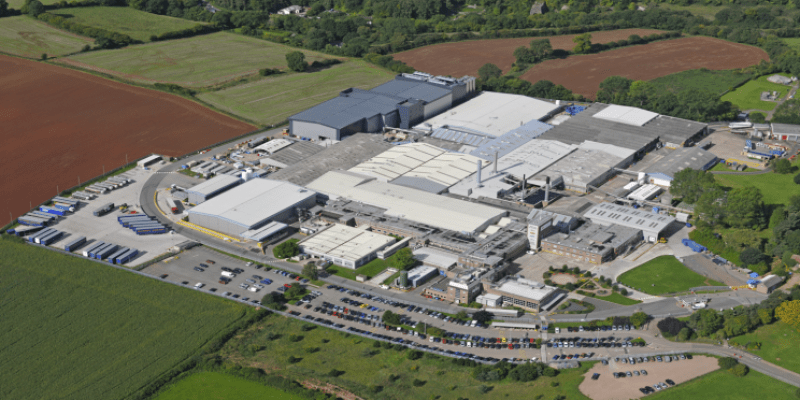 Tim Gwilliam, the very outspoken leader of the Forest of Dean District council is right when he says that this magical part of Gloucestershire has often been “cast aside”.

But now, as the new Western Gateway gets under way to hopefully draw the South West together, I believe the Forest is on the verge of a major step forward for business and living.

Up until now, I believe the Forest of Dean’s jewels have been somewhat hidden away as it is virtually on the Welsh border although only just over 20 miles from Gloucester.

In an exclusive interview, Tim Gwilliam, told me: “It’s actually crazy that we were not talking to our friends in Herefordshire and Monmouthshire before now.

“Yes, we have previously been cast aside.

“Why weren’t these conversations held before the Welsh Assembly was set up 15-20 years ago, I just don’t know.

“We are starting to get the fruits of what we have been doing. But for the first two years when I became leader here it was difficult getting our voice heard.

“I used to turn up at Leadership Gloucestershire (the meetings of chairs and chief executives of the county council and six district councils) meetings and I often felt like the kid who won the raffle.

“They would all be talking about things about Cheltenham or Gloucester - the Forest of Dean was not mentioned.

“We decided we were not going to put up with being put aside any more, and that’s what we did. It took us two years to get to the point where now we can honestly say that the LEP, our neighbours and our colleagues in Gloucestershire County Council are very much aware of our existence.

“Since then we have started to put some resource back into regeneration and it is no surprise, we are beginning to see some benefits.

“We now have the development of Lydney Harbour and funding for Cinderford town centre. You don’t have to be a brilliant politician; it is just common sense to me.”

Why did he think the Forest had been cast aside in the past? I remember the old Regional Development Agency (RDA) telling me it was difficult to virtually give money away in the Forest to develop regeneration projects.

Why has that now changed?

“I think it’s because a generation has changed - we are coming into a new generation.

“It’s people like me who is the son of a Freeminer - I remember my Dad having those thoughts. We are alright as we are.

“As long as they could run a few sheep and could have cheese on the table on a Sunday night they were happy.

“Aspirations for my generation and for my kids’ generation have never been higher.

“That’s why we have got change and it has come relatively quickly - only 20 years ago.

“We had a lack of ambition and perhaps want to move on. I don’t particularly blame the politicians at the time - it was what the communities wanted.

“Now there is a demand from young people and from people of my age. People want a job, they want a lifestyle.

“What better place is there to live in the world than the Forest?”

Is there now an aspiration that’s grown up with people like yourself for families to do better?

“Absolutely. I think this council has changed for the better because we are very much community focussed. It has meant better paid jobs, good education and good living.

“So, where else is there better to live, and enjoy what the Forest has to offer? To me, it is almost a Japanese style of living - totally balanced”.

How are you going to attract companies like Suntory here in the future?

“I believe the new Western Gateway forum is going to help us attract business.

“We are at the very centre of it and the Forest is seen as the gateway between two nations.”

What does Katherine Bennett, the chairman of the Western Gateway, think of that idea?, I ask him.

“I think she is open to the suggestion, but I will say one thing now before we start. If we allow the county council and the councils to take too much the Western Gateway will fail.

“It needs equal voices from the edge of the Forest of Dean to Stroud and the Cotswolds to be on a level footing.

“From a strategic point of view, the Forest is just as important. I think Katherine Bennett gets that and I don’t think she will let the political map get in the way.”

What do you think the Forest stands for to attract more big business?

He says: “We have a genuine, good hard-working population - a very loyal workforce and I really welcome more big business to come to the Forest.”

Tim Gwilliam points to the fact that there is something like 4,300 businesses in the Forest paying business rates, but 95 percent of them employ less than ten people.

Don’t you need to tell the outside world about locating their business in the Forest - particularly foreign investors?

“You are absolutely right - that has not happened. South Wales have done that marketing to business brilliantly to the point where they have regularly used government funding.”

The plans are now being finalised and he hopes that the project would be a mix of leisure and culture which would cost between £20-30 million to develop.

“We have huge ambitions for the Five Acres site, but these things are never easy. It’s tough to regenerate and redevelop in the Forest because it’s so fantastic and people like it as it is.

“We can protect what’s special but help the rest. It isn’t just about developing things - we don’t want to do that.

“We don’t want to destroy our USP - we risk destroying the very thing that makes the Forest special.

“This is a special place culturally and historically, the people, the landscape. We have a great deal going for us.

“And my message for companies is that the Forest is very much open for business. The Western Gateway beckons and we are ready for the business challenge.”