A shortage of workers is already affecting every sector in Gloucestershire, from social care to farming and food production, delegates heard at a key event to discuss the impact of Brexit on the county and beyond.

Delegates spoke of how Brexit is already having an impact and looked at ways to plan for the future.

The lack of labour is already starting to affect businesses and uncertainty is making it harder for them to plan ahead, said the speakers. 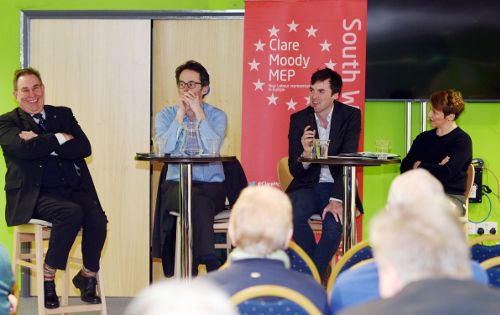 This event saw around 100 people gather at the New Lawn Stadium for the summit, supported by Business West and the S+D Group in the European Parliament.

William Fraser, National Farmers Union county advisor for Gloucestershire said farmers were already reporting a deficit in labour which was increasing every quarter.

“Long term confidence of farmers has never been lower. There is huge uncertainty for them. But they can’t afford to take risks when they don’t know what support regime will be around. The biggest single issue it access to labour force. This is an issue here and now farms are under staffed with not enough people on the ground to allow these businesses to function.”

“Our concern is the lack of detail we’ve seen so far. It’s been 18 months to pull some form of policy together on the future of agriculture and farming. The detail has been lacking and we still have an awful lot of work ahead of us to get operational plans together which will allow businesses to carry on investing with confidence. 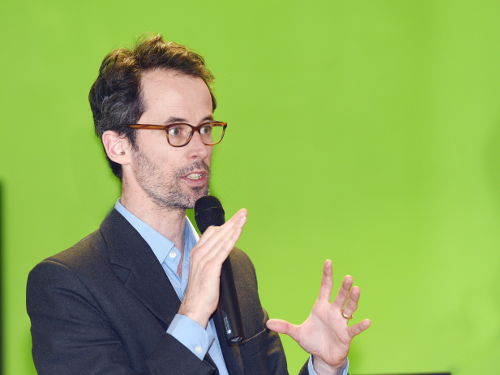 Matt Griffith, director of policy at Business West said a survey of businesses revealed that 77.9% were not taking measures to prepare for Brexit, largely because they don’t know what to prepare for.

“Europe is such an important market particularly for small firms. What we are seeing is a government imposing significant friction for our export market yet hasn’t conveyed what that means and how companies can adapt,” he said.

“Companies are worried and not ready, and are worried about their supply chain, and are unsure what are they supposed to be preparing for.”

Adam Starkey of Green Gourmet Foods said: “Brexit has accelerated the drive towards automation and the robotics industry. There will be winners in this, particularly if we can develop that industry and expertise in Gloucestershire.” 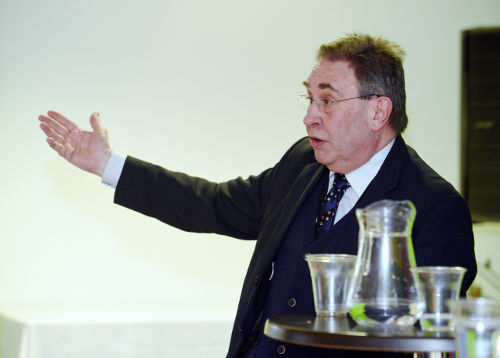 David Drew MP  said; “I was really pleased to welcome such a diverse and knowledgeable panel of speakers to our Gloucestershire Brexit Summit. What was clear from all of them is that it is already having an impact on all sectors. The government desperately needs to provide some clarity on how to address labour shortages. It has focused on reducing migration figures, yet failed to address the very real need for workers in key sectors.”

Clare Moody MEP, said: “This isn’t about remain or leave any more, this is about Gloucestershire being as best prepared as possible for Brexit. Sadly the impact is already here, with all our speakers reporting staffing  shortages and uncertainty for the future. I was pleased to see so many delegates at FGR and the diversity of views.”

Lesley Williams, leader of the Labour group at Gloucestershire County Council said; “We are beginning to notice that it’s difficult to find people to work in the care sector. Here in Gloucestershire the majority of our adult care services are contracted out and we are getting reports that organisations we work with to provide care are finding it difficult to recruit staff.

“Here in Gloucestershire we have a mixture of rural and urban areas, and it’s even harder to recruit in rural areas.”