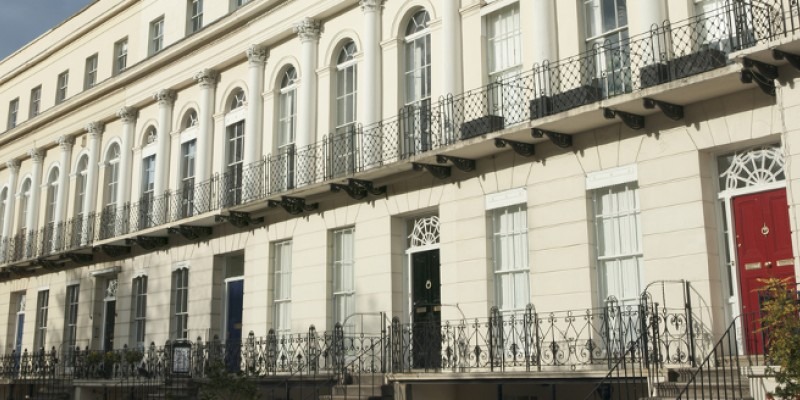 Without a doubt, new homes and the lack of affordable housing is one of the key issues for council leaders to face in Gloucestershire.

And I hope that the government housing white paper announced today (Tues 7 February) will at least give those councils doing very little to ease the housing crisis a firm kick to get moving.

But I am not holding my breath.

Despite all the warm and apologetic words from communities minister, Sajid Javid in the Commons that the country’s housing policy is broken, I am very sceptical about the plan to build what in effect will be 250 000 homes a year every year.

That has not happened since the 1970s when Margaret Thatcher came up with what was the best idea ever for transforming the housing market - allowing people to buy their council homes.

Housing policy is broken nationally according to the minister, and it is in a right old muddle here in Gloucestershire where the average price of a home in the county is now £260,817.

It means that to secure an 80 per cent mortgage will require an annual income of just under £60,000. This is a county where the average salary is just over £21,000.

The domino effect on business here in Gloucestershire as a result of the homes crisis can be catastrophic.

Skilled young people, particularly, are literally being priced out of the housing market regularly and those Gloucestershire companies like Messier Dowty and Renishaw are losing skilled young people they have trained.

Few councils in Gloucestershire are attempting to make a real difference to the homes crisis.

This is because over the last seven years or so, the district councils have been developing the so-called Joint Core Strategy - housing is a key element and the yearly target for new homes to be built is around 5,000.

Lamentably, only about 1,800 new homes are being built annually.

As far as I can see, only Stroud District Council has anything like a responsible and worthwhile plan to get back to basics and build council homes for an affordable rent. Last year, Stroud built 125 new council homes.

Why can’t more of our councils follow their lead?

I think the county council now has to really get their act together and force those district councils to adopt a positive attitude to new council homes like Stroud.

Our councils just have to realise that this is a wealthy county, and if we are to retain the skills we need to grow our key manufacturing businesses especially, they have to ensure that more affordable homes for sale and rent are built.

They must also take another long hard look at the so-called green belt.

The government said yesterday that it is still sacrosanct, but I believe there must be some re-classification of what is and what is not green belt land. Much of that green belt in Gloucestershire is almost scrub land.

Gloucestershire requires a housing revolution as a vital part of its vision for the future. Councillors of all political colours must have the stomach to fight tooth and nail to ensure that new homes are built to support our communities and in turn ensure the viability and growth of companies.