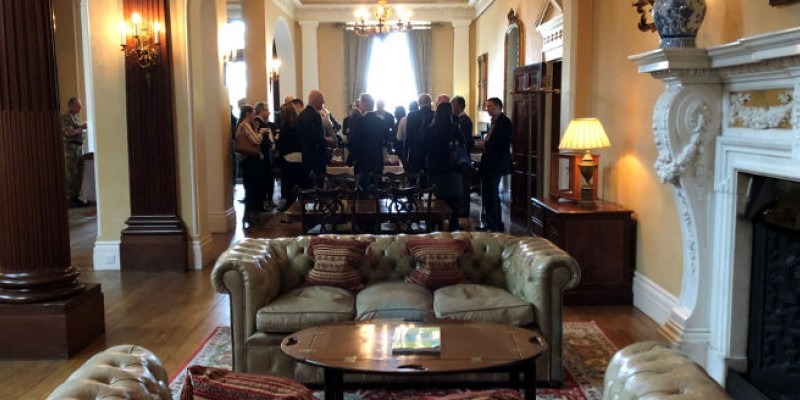 Hartham Park near Corsham was the location for the 2nd Wiltshire Business & Economy meeting where high-tech development and productivity were high on the agenda.

Organised by Business West, with the support of SWLEP, the bi-monthly meetings are designed to connect and facilitate dialogue across the business community and give businesses the opportunity to engage with key decision makers in the region.

Melksham-based Dee is a passionate advocate for Wiltshire business and will play a crucial role in connecting and facilitating dialogue across the business community and ensuring the voice of business is heard by key decision makers in the county. 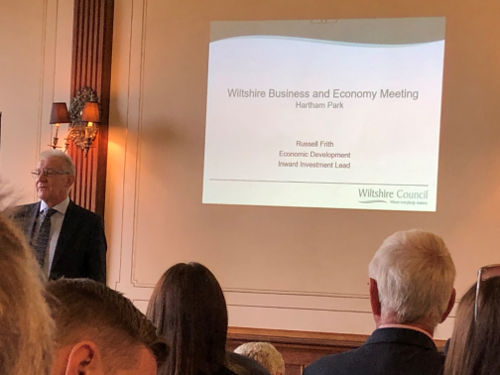 SWLEP sets the economic priorities for Swindon and Wiltshire and facilitates projects that help accelerate economic growth and job creation in the area and Paddy began his update by reporting on progress with the local industrial strategy.

Each of the 38 LEP areas in England have been challenged by central government to develop a plan to deliver on the national industrial strategy in their local areas. Overall, productivity in Swindon & Wiltshire is below the national average, but digging down more deeply into these headline stats shows that Swindon is above it, whilst Wiltshire is below it explained Paddy.

As part of the ongoing scoping exercise to develop a local industrial strategy for Swindon & Wiltshire, Paddy described how the LEP has identified an opportunity to develop Wiltshire into a globally competitive cyber-security research cluster.  Paddy’s logic was compelling, citing how existing infrastructure and resources in the county, such as a large military presence, means that Wiltshire is ripe for cluster development.

Following Paddy’s engaging insight into the work of SWLEP and the opportunities that lie ahead, Inward Investment Lead for Wiltshire Council Russell Frith set the scene for economic development and regeneration in the county. 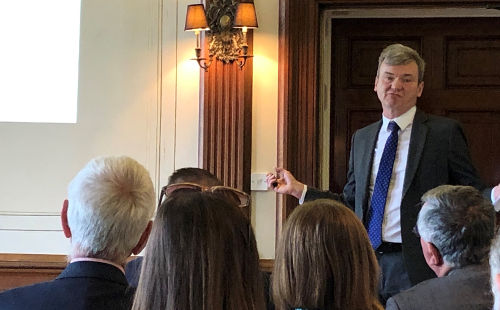 Russell described how the Council successfully safeguarded jobs in Salisbury following a drop off in visitor numbers as a result of the chemical attacks last year and provided details regarding the pipeline of inward investment projects Wiltshire has cultivated as a result of working more closely with SWLEP and Swindon Borough Council in recent years.

Lieutenant Colonel Attwood from the army’s business and community engagement team then gave his presentation.

After rebasing in 2020, the army will be Wiltshire’s largest employer explained the Lieutenant Colonel. This provides a fantastic opportunity for local businesses to the tune of £450m of additional disposable income for Wiltshire, he said, however, this also provides a challenge for local infrastructure in terms of extra housing for example. Given the complex nature of the rebasing operation, the Lieutenant Colonel spoke about the armed forces covenant and urged businesses to continue to engage with the army in their local area. 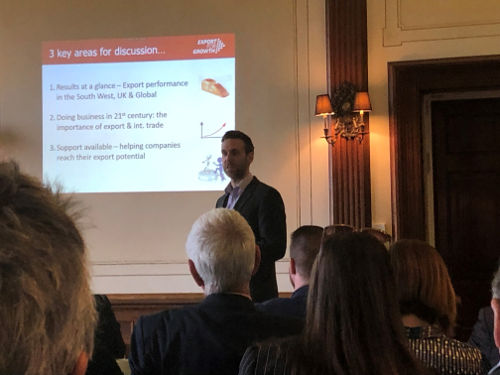 Jim Hodgson – a project manager in Business West’s international trade team – gave an engaging presentation which identified key export markets for British businesses and explained the UK government’s target of raising the total UK GDP from export from 30% to 35%.

Ian Larrard, Director Swindon & Wiltshire Initiative at Business West, said: “This was our second Business & Economy meeting in Wiltshire, following the inaugural event back in March. As a geographically broad and economicall diverse county, these meetings are a fantastic opportunity to bring together business and civic leaders from across Wiltshire to discuss the important topics that affect us all. I am delighted with the turnout at these events and it goes to show just how many engaged businesses we have here.”

The next Business West Wiltshire Business & Economy meeting will be on 17th July at Lackham College. We will be running these events throughout 2019 - for more information please do get in touch.