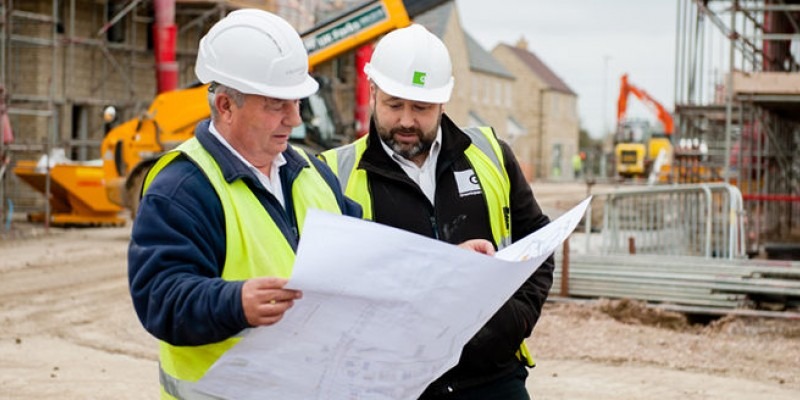 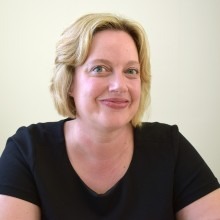 What is the really big issue people of all ages are worried about?

In my view, it is not Brexit.

It is the housing crisis - the lack of affordable homes to rent and buy.

And the desperation of the elderly who may find themselves having to sell their home to pay for social care when they wanted to leave it to family.

Ruth Cooke is at the centre of what I think is an enormously worrying homes crisis as chief executive of GreenSquare, one of the largest housing associations in the region with 12,056 owned and managed properties in Wiltshire, Oxfordshire and Gloucestershire.

The average UK home now costs eight times average earnings. When I bought my first home it was two times.

And staggeringly, in London and the South East, that affordability multiple rises to as much as 12 times.

I was brought up in council homes in South London. A lot of these homes were part of the Homes for Heroes project post World War 1.

“When council housing was first introduced you aspired to it. It was best quality and probably the most expensive!”, Ruth told me.

“We have completely transformed that. Over the last 40 years, our stock of social housing has shrunk and politically, we have, therefore, said we will only allocate social housing to those who are most in need.

“By definition, you residualise social housing. You have to demonstrate you have got a lot of need and that creates challenges.”

We have a new government - what is the challenge with housing?, I asked.

“We have not managed to build 300,000 homes a year since the immediate post-War period.

“There is a real challenge. One of which is how to encourage housebuilders to up their act.

“They will build what they can sell and maintain their shareholder value. We should not be surprised they do that and by and large they do that pretty well.”

What will get us to the government target of 300,000 new homes a year?

“In places like Gloucestershire, we have particular challenges. It is a really beautiful part of the world and there is a big Green Belt.

“How do you then manage development which is sensitive to that and is politically palatable?

“We have planning system which has a big political dimension for obvious reasons so how do you accommodate that?

“Are we saying that there is unmet demand for people to buy 300,000 homes a year or are we saying there is a cohort of people for whom home ownership does not work for a variety of reasons, and therefore, do we need to build increasing numbers of rented properties?

“Our private rented market is not particularly a well-functioning market at the moment. There are very few providers who provide a high-quality product at scale. The vast amount of the private market is made up of people who own one, two, three or four or five properties and manage it as their pension pot.

“How sustainable is that? Is that going to deliver what we need? And we have seen our social housing stock reduce by half after Right-to-Buy came in.

“I don’t see we have fewer than 50 per cent of people needing social housing. We have to come with a solution for people."

I ask if she thinks there should be a major plan (with government intervention) to start building council houses again. Ruth and her family live in a former council house at Painswick, Gloucestershire.

“Do I think that we should have a programme of building subsidised housing for people to access at subsidised rates? Definitely yes.

“If you look at our homeless figures. If you look at our actual spend on homelessness and the shortage of good quality sub-market housing, it means that we are accommodating people in bed and breakfast and temporary accommodation. It’s poor quality and really expensive.

“Looking at council funding would be enormously helpful. Government has looked at borrowing caps in the housing revenue account, but it is still quite difficult for local authorities to fund development at scale.”

The housing revenue account in her words is “fiendishly complicated”.

“I don’t think anyone is suggesting you abolish the cap altogether but some easing of it would allow local authorities to build social housing.

“In economic study after economic study, they say it is infinitely cheaper over 30 years to build subsidised housing for rent or low-cost home ownership rather than trying to get the private rental sector to pick up the slack.”

If she was the new housing minister, what would she recommend?

“I would look at easing borrowing caps so local authorities could really build at scale. I would look at recognising that housing was infrastructure so that central government funding could be available in the same way it goes into projects like HS2.

“I would look at a significant programme of grant funding for social rented properties.

“Up until 2010, housing association and social rents were set at social rent levels calculated to a formula that considered local property prices and local earnings levels.

“Typically, social rents were 50-60 per vent of market rents-quite significantly below the market rent.

“So, you have a mismatch. Housing association rents by and large starting to creep up towards 80 per cent of market rent. If you are in receipt of benefits, your benefit entitlement is going down so there is a real affordability gap.”

Is the government target of building 300,000 homes a year realistic?

“It’s realistic if you put proper funding into it. I think housing associations collectively think they can deliver something like 135,000 homes a year.

“Where market rents are highest, we will build at social rent. Of the 300 homes a year GreenSquare build, we probably do about 65 per cent for rent and 35 per cent for shared ownership.”

What more do we need to do to try and solve the housing crisis?

“We need to have a sensible conversation about what land is suitable for building housing on and that means grappling with the green belt.”

“Politics. We are extraordinarily fortunate to have areas of natural beauty. Nobody is suggesting you build swathes of houses across the Cotswolds.

“I know that some areas we classify as green belt are actually fairly scrubby bits of land.

“Green Belt was supposed to be the green lung of the country, and there are bits of the Green Belt that aren’t.”

I believe that parts of the alleged Green Belt in Gloucestershire, where I live should be re-classified.

The government thinks so too but there are many councillors who see this as vote loser.

Ruth Cooke thinks government should also look at how it incentivises a professional private rental sector.

“Do you have a common set of standards for what makes a property fit to be rented?

“How do we encourage people to see the private rental sector as the tenure of choice?

“We see our homes as a source of wealth rather than somewhere we live.

“If I look at Gloucestershire and the gap between housing prices, I can’t see how my kids would ever get on the housing ladder.

“Gloucestershire is an expensive place to live, particularly in areas where there are very good schools.

“I went to the village school in Painswick but I think there are only two of us who still live in the village. Everybody else has moved outwards to find property.

“We are keen to explore how we can provide more family housing. We are interested in how some of the communities can be made to seem successful - it’s all about placemaking.

“What is it that makes that community. One of the key things about housing associations is that we don’t move on - we build and maintain the properties. We are there for the long term - what can we do with the other partners in a community to make it sustainable in the long term?

“It is a very interesting challenge.”

“The other thing that gets underplayed sometimes is the inter-relation between housing and health. The single biggest thing that improved public health in the country wasn’t the NHS, it wasn’t vaccination. It was public sanitation.

“So, if you have very good quality housing the difference it makes to their physical health and their mental health is phenomenal.

“Where is the cohort of people who will support people to live in their own homes?

“Social care is a massive issue. Until we can get people into the mindset that it is right to use a proportion of my assets for the last period of my life.”

Ruth Cooke, chief executive of the GreenSquare Group has wide experience of the social housing market and spent most of her working life with housing associations.

She studied law at Oxford and has advised on many of the housing stock transfers in Gloucestershire, Herefordshire and the Forest of Dean.