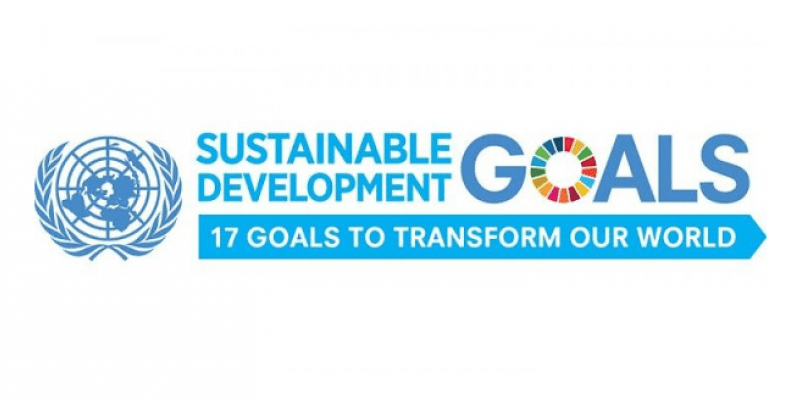 I was recently asked to present at the UN Sustainable Development Goals Roadshow in Bristol, which helps align business goals with the UN’s sustainable development goals adopted by the UK and the other 192 member states of the United Nations in 2015. Below is an excerpt from the talk that I gave:

We are living in times where the fabric of our society is being pulled apart by damaging and divisive issues. From Brexit to climate change, Russia and the rise of the Far Right, Trump to #MeToo, Palestine and Brazil. It’s easy to think that we have no control over such things, that we have no agency. But if I thought that was true I wouldn’t be standing here today.

When I was a wee girl, my father taught me something that has stuck with me to this very day: united we stand, divided we fall. From fighting with my brother to standing up against bullies together we both saw the power in working together for a common aim.

Fast forward a decade and I found myself falling in love with a city that showed me just how much could be achieved against the odds by working together. Because in Bristol we already know the power of partnership.

In 2012, a cross-party campaign won the referendum to elect a democratically elected mayor - backed by Business West and the Initiative. Last year, Natalie Fee’s City to Sea project, in partnership with Bristol Water and many others, managed to end the selling of plastic cotton buds in UK supermarkets and now she’s targeting single use plastic water bottles. And as we speak, Dr Zara Nanu - CEO and Co-Founder of Gapsquare – is using data to tackle the Gender Pay Gap, partnering with Oracle and going global.

But did you know that in 2014 another global partnership to tackle modern slavery and labour exploitation also began here in Bristol thanks to the West of England Initiative?

In 2014, the Chamber of Commerce & Initiative introduced me to an ambitious anti-slavery charity aiming to end modern slavery within our lifetimes, Unseen. Being a geek, I ambitiously thought that if we worked together we could bring that timeline forward. And so out of an Initiative intervention a partnership was formed - one that is actually saving real victims of modern slavery on the ground.

TISCreport.org is the world’s first, only and therefore largest transparency in supply chains register. The power of this partnership lay in connecting multiple objectives using corporate transparency as the engine. You see labour exploitation and modern slavery may sit in SDG8 but we can’t solve it without using existing industries, innovations and infrastructure (SDG9), responsible consumption and production (SDG12) to reduce inequalities (SDG10). And underpinning all of this is Partnership SDG17.

On the 18th October this year the Home Office sent out letters to over 17k Companies with over £36M turnover, asking them to not only comply with the Transparency in Supply Chains Clause of the UK Modern Slavery Act, but to evidence their compliance on two websites. TISCreport was one of them.

What is interesting is that you can clearly see companies fall into one of three camps. The first is good at compliance and actually doing transparency rather than just writing about it. The second is also good at compliance, but just talk about transparency. The third just want this compliance problem to go away and really don’t want to be visible.

Now, we can either treat this as a one-off tick-boxing exercise or we can use it to give voice back to the heart of the body corporate. Their people. It will be that heart that will save the world.

Back when I first joined my Chamber, Chambers of Commerce were thought of simply as networking and training organisations. But if we stick with that perception then we’re massively underestimating the latent power held within our business community. Relationships: not just about buying and selling. There is latent, untapped power in such decisions.

You are what you eat - and you are who you do business with. At a time when our governments are facing world-destabilising threats, when our politicians are scrambling to do what they can, when our grassroots activists are overwhelmed, who is left to call but good, strong ethical businesses? And where better to start than our own city, our own Chamber? If a human being can change the world by making their bed, then a business can change the world by choosing who they work with, and how they work with them and being transparent about it all.

If the heart of your company has a voice, it will instinctively do the right thing. But if that heart is connected to head, it will do so in a joined up way. Call upon it to take action. Join your Chamber, join the Bristol Green Capital Partnership and join TISCreport - and you can evidence your commitment to five SDGs, and simultaneously weaponise your buying power to tackle some of the biggest issues of our times.