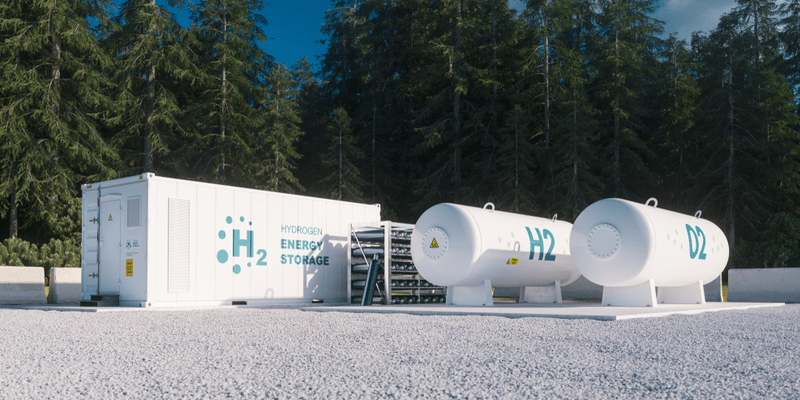 The announcement of a UK hydrogen strategy on Tuesday has attracted enormous interest and not a few misleading headlines. This much delayed strategy provides government sanctioned targets for the use of hydrogen to combat climate change and hopes to establish the conditions to encourage billions of pounds of investment and the creation of 9,000 jobs by 2035. The strategy is launching numerous consultations to flesh out the details of implementation in areas such as hydrogen boilers for homes.

Heating our homes is one of the so called “hard to decarbonise” areas of our lives. Burning natural gas in our houses contributes a third of the UK’s climate changing emissions. The UK has one of the most extensive and well-developed gas distribution systems in the world. The attraction of using this to carry hydrogen instead of polluting natural gas is obvious. Indeed, pre-1965 that’s exactly what it did! Town gas produced from coal was 50% hydrogen and powered some 12 million homes. In the decade after the discovery of gas fields in the North Sea, a national 10 year program converted all these homes to use natural gas. Can we convert the gas grid to use hydrogen? Well, we have done it before.

The North Sea gave us natural gas, so where will we get hydrogen? Part of the strategy’s answer is to extract it from natural gas and capture the bi-product carbon dioxide, burying it in, for example, old oil fields. This carbon capture and storage (CCS) technology needs demonstrating and the new 2021 strategy to encourage CCS puts the decision by George Osbourne in 2015 to cancel a £1 billion CCS demonstration project in a bad light. The government will need to avoid such policy flip flops if it is to get the investment it seeks.

CCS is controversial to say the least, but from the point of view of Swindon and the West Country it is not of great concern. We are rich in carbon free renewable energy resources and nuclear power potential and converting electricity to hydrogen from water is our obvious pathway. Such hydrogen is more costly at present, although will become cheaper as economies of scale develop, and we should target more valuable uses than home heating in the near term.

Experience in the US using hydrogen with fuel cell technology to power forklift trucks has shown them to be cost competitive with propane and battery trucks and Swindon has large logistics centres. Heavy vehicles such as buses are not well suited to using batteries, but will have to stop using diesel. Again, hydrogen is the answer and hydrogen fuel cell buses are an obvious starting point. Aircraft have the same problem as lorries – batteries won’t do the duty - and hydrogen powered aircraft are a way forward. Carbon emissions aren’t the only reason to use hydrogen – air quality concerns in areas requiring high power systems such as ports and airports favour hydrogen as do high concentrations of heavy lorries.

The UK hydrogen strategy, driven by a worsening climate crisis, sets hydrogen on the path to be one of the fastest growing sectors of the economy over the coming decades. It’s an opportunity that Swindon and the South West need to seize.