Iain Wolsey: Chambers can be the great facilitators of lockdown exit strategy 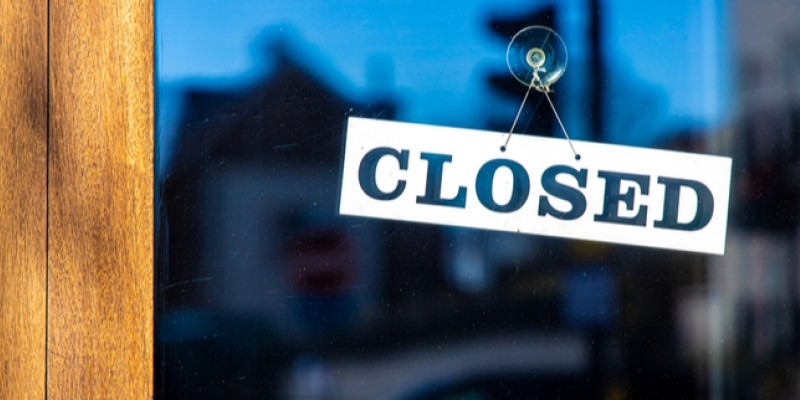 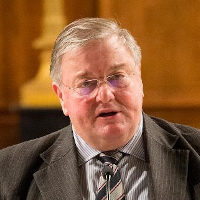 I spoke to Iain Wolsey, Business West chairman since 2017, to get his views on the coronavirus pandemic and how business can help shape the government's exit strategy.

1.Iain, have you ever experienced anything like the coronavirus pandemic in your business career?

The simple answer is no, not on this scale, and certainly not in a developed economy, but I have encountered similar problems in different places in the past.

In 1994, I was hired to go out to work in South Africa at the time of the elections. The ANC, which was likely to win the election, was facing a potential economic meltdown, particularly in the townships.

They were facing massive unemployment (and all the violence that could’ve caused) and they were trying desperately to find strategies and plans to create jobs for people.

The economics of that situation are not dissimilar to the situation we could find ourselves in due to the current lack of economic activity caused by coronavirus.

So, in my view, there are some lessons we can take from experiences in other places.

2. How can businesses in the South West begin to plan for life after coronavirus?

To start with they have to survive.

It is essential for firms to hold on to their people, their teams and their markets. In the short term, they need some money to do that.

I won’t join the choruses of what government needs to be doing. I actually think the government deserves a lot of credit for the way they’ve handled the situation.

Nevertheless, one thing that this whole situation has exposed is the fact that we don’t have the mechanisms in place to get financial help out there quickly enough or reliably enough to businesses. So, that’s an issue for the future.

As to your real question, regarding what companies can do now, I think they can come together.

The British people have been able to help each other a lot - I think its admirable the way people have pulled together – and businesses can pull together too.

Competitors can work with their competitors and say: “right, we need to make a case to government [demonstrating] how we can actually start to re-enter the market”.

In other words, how businesses can proactively help to close down the lockdown, if you will.

There’s the danger that this argument starts to sound like one of money versus health. Actually, it’s not. It’s life versus livelihoods and livelihoods are part of our health.

I think businesses need to come together to make this case and help the government to plan the exit.

One of the things I’ve seen around the world is quite a lot of difference in the balance of attitudes towards this.

In the Far East, for example, life isn’t prized as highly as it is here.

Therefore, the balance in making these decisions makes it a little easier to move towards the business mentality, the commercial mentality, rather than just the preserve life at all costs mentality.

You see that across the world.

It’s also the case that we have a much more regulated and controlled attitude in the West generally, and in the UK in particular, to some things than they do for instance in the former Eastern Bloc.

In Poland or Hungary for example, they think nothing of government taking direct action, whereas we’re a bit more suspicious of that here. For example, in terms of getting loans to people - governments in those countries would just step in and do it, never mind going via the banks.

3. Our Business West survey shows 70% of businesses are struggling with their cash flow. How can firms try and mitigate this for themselves (beyond the government support measures)?

Well, obviously, borrowing is the short-term solution. However, I have seen a number of businesses turning their attention to other ways of generating income – and there’s some quite imaginative ones.

Here where I live, we have a catering supplier who’s now doing a meat and veg box home deliveries, just to keep things going.

Businesses need to think imaginatively about what they can do.

Businesses need to keep in contact with their customers and explore what they can do now in order to help them.

Inactivity doesn’t need to last as long as the lockdown. That would be my key message.

4. Do you think government should give business a roadmap in terms of progressing towards an exit strategy?

Yes, absolutely I do.

That doesn’t imply a commitment to any particular timings or anything, however.

What we cannot do is arrive at a date thinking goody, goody and let the cork out of the bottle. It will be chaos. We have to emerge from this in a way that is controlled.

We hear in other countries – Germany, Switzerland and so on – that schools are starting to go back. Merkel made a statement the other day about the importance of a gradual emergence from this.

We need to do this, and it needs to be in conversation with business and other frontline services, to minimise the risk of a resurgence. That way we can get people back into a more normal way of life.

But I think after this is over, we’ll want our freedom back. And I guess that government sort of knows that.

In other parts of the world – even in Germany for instance – they’re much more likely to succumb to that sort of discipline, so the exit strategy is a bit more difficult for us, I think.

5. Do you think it’s possible to exit the lockdown on a region by region basis?

Practically, I think this is possible, but it might be a bit invidious to be honest.

The most obvious contrast would be with London.

London has had the worst infection rates – it’s probably the worst hit in real terms with the lockdown - and that’s because it has the most high-density population in the UK.

The Tube train is the obvious example of a no-no in this situation.

I think it’s more natural to think about the exit strategy in terms of type of industry, types of economic activity, rather than region per se, although I would make a case for the South West of course!

We are less badly hit by the virus, we also have a slightly higher density of small businesses here, which could probably re-enter the market with much lower risk.

6. What sectors do you think will start to emerge first?

Manufacturing and supply businesses and some retail businesses (but not all) would emerge first.

But it’s not just businesses, its other services too. It’s things like banks and post offices. Pieces of activity where there is a need for some contact, but where you can still control the contact to some extent.

I would try and think about it in those terms.

I don’t have the answer, but I think local government getting together with groups of businesses – competitors together if you like – to talk about how to re-enter the fray without it causing too much risk.

It will not be risk free, it simply won’t, but actually we could manage this in a sensible and organised way.

7. What role do you think organisations like Business West will have as we start to think about emerging and taking business forward?

One of the things that Business West and the Chambers of Commerce network does is we’re facilitators.

We make contacts. We could actually be the medium through which these groups of businesses could be identified and where the right interface with local and national government could be found.

We can organise that, not just in the South West but across the nation through the Chamber network as a whole.

The Chambers of Commerce can be the great facilitators.

8. How close to business as usual do you think we’ll get back to after all of this?

I don’t think we’ll go back to where we started from. I genuinely don’t.

I think there are some good things that will come out of this.

Our ability to moderate the way we think and behave has never been on sharper exhibition than this, and I think we will behave differently in the future.

We may permanently change some of our shopping and social habits.

Business might find that uncomfortable for a bit, but business is very good at matching the behaviour of people.

In fact, business is about people. I think it was John D Rockefeller that said “I will pay more for the ability to deal with people than any other skill on earth.”

Businesses have that - particularly the independent businesses that are the lifeblood of the South West.

So, although it won’t go back to normal, it will go back to something we can manage, from which we can rebuild our wealth and our delightful experiences from.

More coronavirus interviews with leading South West business figures can be found on our Trading Through Coronavirus podcast and video hub here.