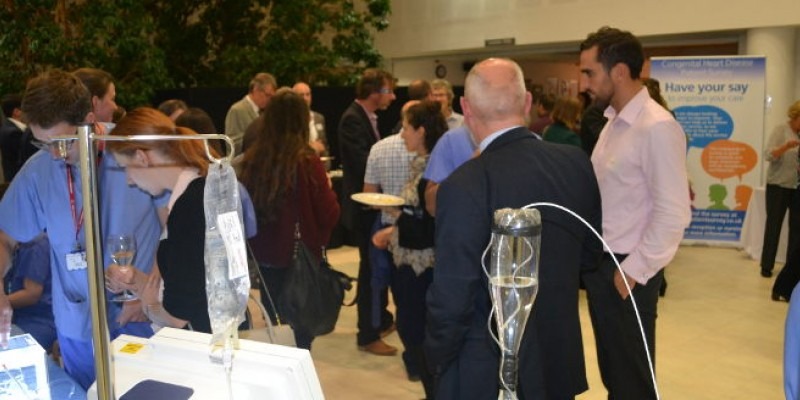 The overarching theme of our most recent Business West Initiative evening was health and wellbeing, with a particular focus on the current drivers of public health and how a joined up approach involving the public and private sector working together to tackle Bristol and the wider region’s public health issues is essential.

Fittingly, the meeting was hosted by University Hospitals Bristol NHS Foundation Trust in their purpose-built Education & Research Centre right in the heart of Bristol, which houses lecture theatres, tutorial rooms, specialist clinical skills and medical simulators, libraries and IT training rooms to deliver world class education and training for the city and wider region.

Employing more than 9,000 people across 8 hospitals, University Hospitals Bristol NHS Foundation Trust is one of the largest employers in Bristol, collectively “a jewel in the crown of this city region” and a longstanding ally and member of the Initiative. This recognises the role of health in place-making and in particular attracting and retaining the best and brightest medical and care practitioners to this city, to maintain a healthy and productive population but also serve a much wider regional and national patient. And we further had the chance to discuss, debate and inform Initiative members on the link between poverty and social issues, health and wellbeing and the overall economic resilience and long term prosperity of the Bristol City Region.

The unity of purpose between the two organisations is well established and has been best embodied by the former Business West Initiative chief Canon Dr John Savage who also served as Chair of University Hospitals Bristol NHS Foundation Trust for 14 years before retiring in October 2017. 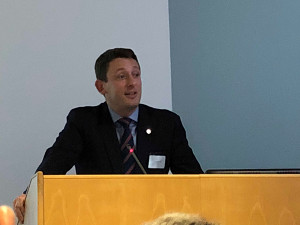 Against this background of mutual understanding and collaboration, President of Bristol Chamber of Commerce & Initiative Richard Bonner opened and gave an update to members on key activities, welcomed new members and set the tone for the meeting by stressing and recognising the importance of business, government and civil society working together to improve health and wellbeing in the city for the mutual benefit of all.

Echoing this important message Chief Executive of University Hospitals Bristol NHS Foundation Trust Robert Woolley firstly explained how the city centre hospitals are parts of a major national centre of public and private health with huge skills, assets and capabilities. He then spoke passionately about the community based approach that the Trust adopts to identify the public health risks and challenges posed by a diverse and growing local population, and how this intelligence is being applied to deliver excellent medical care.

Key elements of the Trust’s approach to delivering frontline care for Bristol in recent years have been the improvement of internal processes to enable their 9,000 plus staff to work better together, in addition to working with city region partners such as the police and social workers to pre-empt emerging public health issues in vulnerable communities. 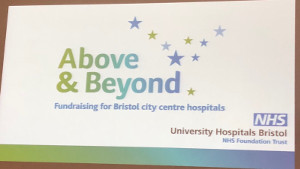 The Trust has picked up a number of accolades as a result of its approach and together with a robust financial position is on a clear upward trajectory, but Robert acknowledged that these were testing times for the Health Service, at which point Paul Kearney, CEO, of the Trust’s main charity partner Above & Beyond took to the stage.

Paul gave an overview of the role that the Above & Beyond plays in raising vital additional funds – beyond that allocated by central government - to improve medical research and provision across Bristol. Quoting the words of famous explorer Sir Ranulph Fiennes, Paul spoke about the success of Bristol Heart Institute and how fundraising by Above & Beyond has enabled the delivery of a number of specialist cardiac services, with Sir Ranulph concluding that the city is “a good place to have a heart attack!”. 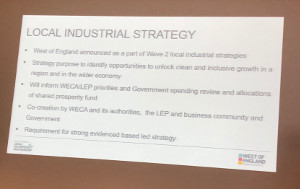 Simon Caraffi, Chief Executive of St Peter’s Hospice then explained the scale and important role that the hospice plays locally, touching on the human elements around death and dying and how they can and do support and partner with many businesses - to support their employees cope with grief and loss. Dr Patricia Greer, Chief Executive, West of England Combined Authority & LEP, delivered an illuminating update on the development and work of the new Combined Authority, the LEP and the important opportunity to get on and produce a West of England Local Industrial Strategy.

Following the publication of the Government’s Industrial Strategy White Paper in 2017, the key city regions in England have been challenged to produce new long term local economic strategies setting out their ambitions for growth and their roles in meeting and helping tackle the future ‘grand challenges’ for their city regions, the UK and to overseas markets.

Clean growth is one such grand challenge a fundamental aspect of futureproofing the economy. Patricia stressed the pivotal role that clean growth opportunities will play in maintaining healthy places and a healthy population and vice versa. In terms of making this a reality she invited representatives of the business and medical community and civil society to contribute to plans to drive forward its ambition of clean and inclusive growth, which maximises health and wellbeing. 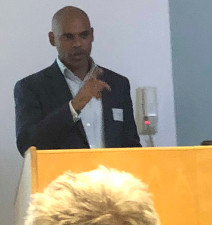 Espousing the benefits of the same joined up approach that is key to developing the West of England industrial strategy, Bristol Mayor Marvin Rees talked about how his One City initiative, which is designed to tackle social problems in the city, is beginning to bear fruit. One of the latest developments is the launch of City Funds, which to aims to create positive and transformative change in Bristol through business, community organisations, funders and the public sector coming together, to share resources and raise finance. Andy Street, Chair of City Funds laid out a comprehensive roadmap for this new initiative before introducing Sue Turner, board member of City Funds and CEO of Quartet Community Foundation – a founding partner but also one of the first beneficiary organisations of the scheme.

Sue spoke passionately about the No Child Goes Hungry project which provided a nutritious lunch to children from low income families during the summer holidays. The link between malnutrition, ill-health and poor educational attainment is an established one and she underlined the scale of the problem here in Bristol presented compelling evidence on how the elimination of hunger and improved health and wellbeing is helping to tackle gang crime.

HM Lord Lieutenant of Bristol, Peaches Golding gave a short update on the important and exciting new affiliation for the City of Bristol with the second new Royal Navy aircraft carrier, HMS Prince of Wales and the opportunities to support and be one of the partners in this new 50 year relationship. 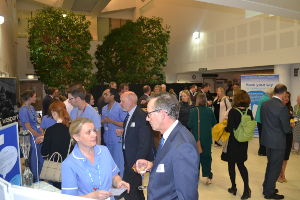 The evening came to a close with buffet and drinks in the atrium of the impressive Bristol Heart Institute, with members and a number of guest able to talk to leading heart specialists and their teams, the team from Wesport and many remarking about their renewed sense of how business, civil society and the public sector can work together to improve health and wellbeing in Bristol.