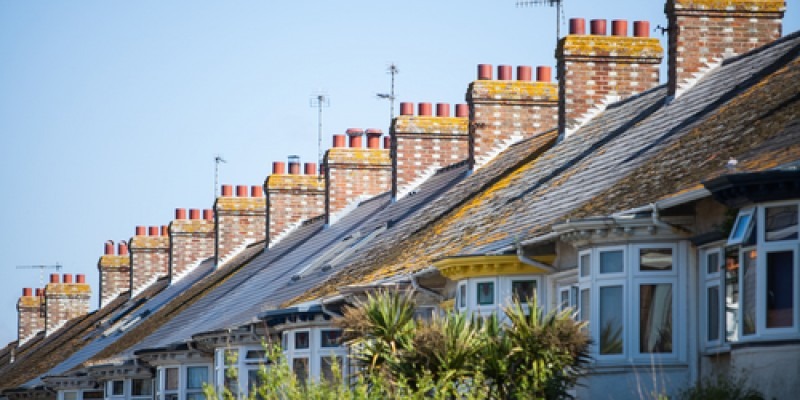 Building on the green belt is not something any self-respecting local councillor wanting to be re-elected would support.

But those same councillors are now thinking that they are almost going to have to think the unthinkable - to consider actually building homes on these areas of green lung that were hitherto almost sacrosanct to the developers.

Why the sudden change of heart in the council chambers?

Well, the dearth of new homes being built has now reached the stage of a national crisis. The government’s White Paper on housing, due out any day now, will almost certainly underline the crisis, and try to deliver a plan which really will sort out what I believe to be one of this country’s fundamental issues.

That is to deliver a whole raft of new and affordable homes which will allow young people, particularly, to believe that they will actually have a chance to be able buy or rent an affordable home.

I live in Gloucestershire and have done so for the last 15 years. Little has changed during that time in terms of availability of new homes.

For the last seven years or so, the district councils have been developing the so called Joint Core Strategy for the county of which housing is a key element. The yearly target for new homes to be built is around 5,000.

But unfortunately that building has been totally inadequate and only about 1,800 new homes are being built.

And one of the great stumbling blocks, apart from what seems to be a lot of bureaucracy with all the six district councils involved, is that insufficient land is being made available for development.

Build on brownfield sites in the cities and towns was supposed to be the solution to that shortage - it wasn’t. But what is emerging now is that we must make some bold moves to think the unthinkable and start looking to build new homes on parts of the green belt.

In fact, a survey of 1,200 local politicians nationwide, which was carried out by the National Trust and the Local Government Information Unit (LGIU) has revealed that 58 percent of them believe their local authority will have to sacrifice precious countryside land by 2022 to keep up with government  demands for housing.

According to the Daily Mail, ”the findings appear to undermine claims by ministers that the green belt is ‘sacrosanct’ and will not be threatened by the push for new homes”.

In the South West, apparently, some 66 percent of those councillors surveyed believed that green belt land was ‘likely’ or ‘very likely’ to be given up for housing in the next five years.

To me, this survey is something of an important reality check.

While I certainly do not advocate wholesale building on land in the countryside throughout Gloucestershire, a very beautiful county, I believe we need to reclassify the so-called green belt.

The reality is that much of this land branded as green belt in Gloucestershire is no more than scrubland, and low grade land at that.

I think this reclassification is long overdue, and in the light of the housing crisis which is growing steadily worse, we must take some dramatic steps to give families-particularly young people, the chance of actually getting on the property ladder without hanging on to the coat tails of Mum and Dad.

I know of tracts of land in prime positions between Gloucester and Cheltenham which are regarded as green belt but are nothing of the kind. Some of our councils need to take their heads out of the sand and realise they have an important responsibility to play their part in helping to solve what is one of the most worrying aspects of our society.

There are enlightened councils who see the provision of new and affordable homes as a vital part of their existence - Stroud District Council is one of them. They are looking at innovative ways of building more homes for rent and lobbying the government for support.

That same survey of councillors I referred to earlier also reports concerns they have that the Government’s reforms to the planning system have failed to improve the quality in the design of new homes.

Here again, some local councils who own lots of land, really do have to question themselves carefully if they are not releasing some of that land for new homes.

Councillors who seek votes to stay in office, and in Gloucestershire there are nearly 400 of them, must realise that the green belt is no longer going to be a 'no-go area' when it comes to giving people the opportunity of having their own homes.