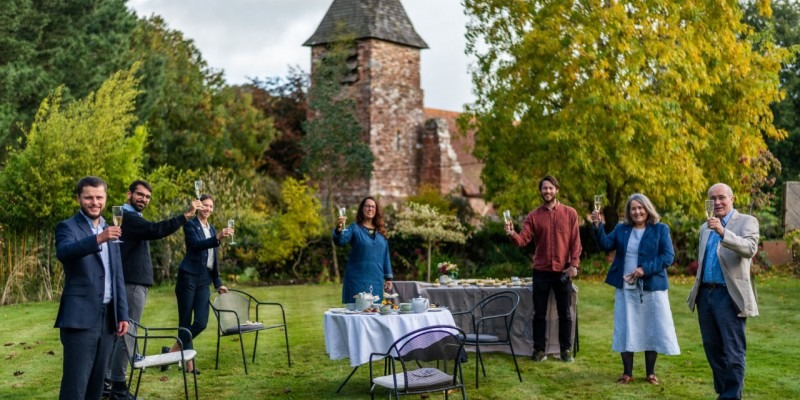 With the UK and Japan Free Trade Agreement secured, opportunities for South West companies are already coming to fruition.

Founded in 2010, Devon-based company, LittlePod, which provides high-quality, sustainable vanilla, coffee, and chocolate extracts, has recently achieved an export deal worth over £700,000 after signing a deal with a distributor based in Japan.

The company started to receive export support from the Department for International Trade (DIT) soon after launching and whilst participating in DIT’s Passport to Export programme, Janet Sawyer BEM MBE, founder of LittlePod, says she, “learnt everything we needed to know about exporting.”

One of the key lessons she has learnt through working with DIT is that “the best way to start exporting is to do so from the beginning.

“We started with Europe and we learnt the basics such as sorting out our intellectual property and building relationships with distributors.”

The company is now launching in Japan on its 10th anniversary after receiving support from DIT’s International Trade Adviser, Karine Davies, who Janet says has been a “truly supportive person and almost feels like another part of the team.”

Karine helped Janet and her company prepare for launching into the country by supporting her with market research, developing an export strategy, organising market visits, and helping the company to build invaluable connections.

“Little Pod is a fantastic example of how hard work, passion and belief in your brand can lead to huge success.

“I have been working with LittlePod for six years and Janet’s determination to learn how to export her product and grow her company has been inspiring. From attending market visits, events, and learning how to negotiate with potential overseas customers, the company has excelled in all areas and grown from strength to strength.

“I am confident that this recent success in Japan, as well as its export achievements in Hong Kong and Europe will support LittlePod to continue to globalise its brand, with its sustainably produced vanilla based products becoming even more internationally recognised.”

LittlePod’s success in the country has also been helped by the various awards the company has achieved, including the Queen’s Award for Enterprise and Sustainable Development in 2018. According to Janet, achievements such as these have been crucial for building relationships in Japan because of the recognition they bring.

The deal is cause for double celebration with Janet receiving an MBE for services to international trade and sustainability in this year’s Queen’s Birthday Honours.

Earlier this year, DIT South West organised for Janet to embark on a trade mission to Japan where the company was set to attend the International Food and Drink exhibition, Food Ex. After the exhibition was cancelled due to the coronavirus pandemic, Karine arranged for her to meet with Kae Miyazawa, DIT’s trade adviser based in the British Embassy in Tokyo, to discuss the logistics of finding an importer and distributor.

Kae says that Janet’s determination has been important for her success because building relationships in the country and researching the products thoroughly is so important.

“To see and speak with the people in Japan and research the products sold at stores is really important.

“When I met with LittlePod in the Embassy, they were so positive and met with many interesting people including their future partner.”

When asked about the advice she would give to companies thinking about exporting to Japan, Janet said:

“Get in touch with DIT, seek an adviser and build a relationship with them. Karine understands LittlePod totally and I have had her complete backing and support.

“We were lucky enough to find a distributor and importer all in one visit. It can take up to five, so don’t expect to achieve this straight away. But with DIT’s contacts and strategic support, as well as our own hard work we have achieved great success in Japan.”

Saturday 17th October will see LittlePod launch International Real Vanilla Day in Japan to raise the profile of using real vanilla which is more sustainable and not chemically synthesised. Find out more here.

To discuss your export options with one of DIT’s International Trade Advisers in the South West contact 01275 774 456 or visit www.great.gov.uk to find out about the range of support available and live export opportunities.