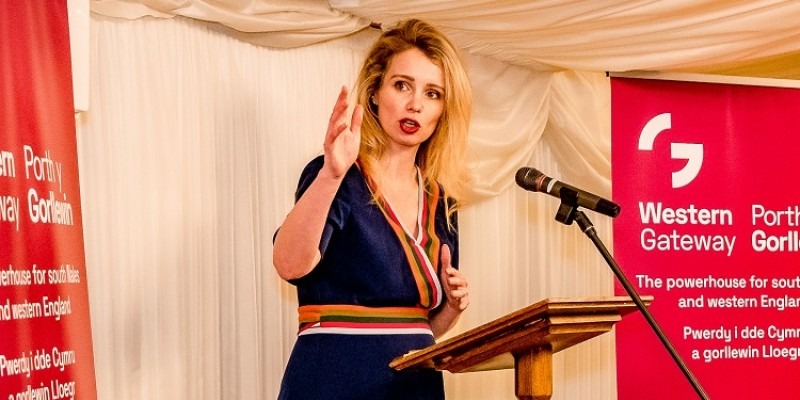 It was great to see so much political and business support for our Western Gateway Severn Edge bid for the proposed fusion plant at Berkeley and Oldbury at a special House of Lords reception.

I would go as far as to say it was quite inspiring and a tribute to the team who have been working hard to bring the £220 million prototype plant to Gloucestershire and South Gloucestershire.

Baroness Wilcox of Newport hosted the reception and set the scene brilliantly.

“It augurs well for the future dynamic of the project if the changemakers in this room can put their collective strength behind this exciting, unique and powerful initiative”, she said.

Among the MPs present was Stroud’s Siobhan Baillie who said proudly: “As the MP for Stroud and Berkeley, I am the chief enthusiast for the Severn Edge project.

“Our site is ready to go. We have the expertise and we have nearly 12 000 nuclear businesses in our area with an amazing number of construction workers ready to build.

“We have the ability to deliver-you only have to look at Hinkley Point C”.

And Siobhan made the good point that the Severn Edge bid — one of the last five the government are considering for the plant – is the only one which brings in another country with the involvement of Wales as part of the Western Gateway powerhouse partnership.

“I am no scientist”, Siobhan said, “But when we know how many young people, their parents and grandparents are desperate for new technology to save our planet I think we have such a brilliant gift here to deliver”.

She is right. Severn Edge is the only fusion bid that envelopes the talents of England Wales as a partnership.

We know, of course, that the government’s Levelling Up means that Severn Edge will be competing with other bids in the North.

However, the involvement of business and supply chains across our two countries must surely be a big tick in the box.

Like Siobhan, I am no scientist but believe Severn Edge is the best technical bid.