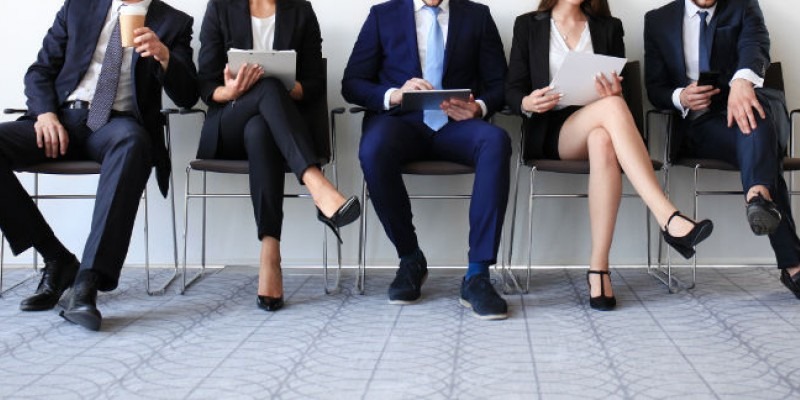 Recruitment intentions were strong in the first quarter of the year but nearly 75% of firms reported a shortage of suitable candidates, according to the landmark publication of the Quarterly Recruitment Outlook released today by the British Chambers of Commerce (BCC) in partnership with Totaljobs.

• Over half (53%) of UK businesses attempted to recruit new hires in the first quarter of the year, with 73% struggling to find the right staff

• 65% of construction firms tried to recruit. Of those, 79% had difficulties finding the right talent

• 28% of employers expect to recruit in the next three months, showing intentions to hire remain strong

To help businesses better understand the recruitment climate in the UK and help them find the best talent, the BCC partnered with Totaljobs to survey more than 6,000 businesses across a broad range of sectors. The Quarterly Recruitment Outlook will provide a temperature check of recruitment in the UK every three months.

The inaugural report finds that businesses are showing strong hiring intentions overall, although there were sector and location variances. However, recruitment difficulties are prevalent across all categories.

The results show that half of business-to-business and business-to-consumer companies (49% respectively) tried to find staff in the previous three months. The construction sector showed the strongest appetite for labour growth, with 65% of respondents attempting to recruit but four-fifths of those struggled to find the right people.

Reflecting the ongoing difficulties in the sector, retail businesses were the least likely to have grown their labour force in the past three months or to expect to grow it in the coming three months. In the hospitality industry, 60% of firms had attempted to recruit in the previous quarter but reduced access to lower skilled workers was the main cause of recruitment difficulties.

According to the findings, firms in the Midlands and the North of England are more likely to have attempted to recruit and expect their workforce to expand than firms in the South of England. The South also had the highest proportion of firms reporting recruitment difficulties (81%), particularly at the professional/managerial level.

Over 900,000 jobs have been advertised on Totaljobs in the first three months of 2019, signalling confidence among employers across the UK. Notably, the thriving job markets in the North and Midlands have been met with a 39% increase in adverts listed in Manchester, 47% increase in Birmingham and 33% in Leeds over the last two years.

While the labour market remains resilient, with employment levels standing at record highs, skills shortages are acting as a drag on business growth and potential. As the report highlights, labour shortages are affecting firms of all industries and locations across the UK. To future-proof the economy, ensuring business has access to the right people is critical.

BCC and Totaljobs believe that Brexit has been a distraction for both government and business for too long, and now is the time for a renewed focus on improving the UK’s training system as well as supporting firms to invest in people and training. In addition, the leading business group is also calling for the government to ensure its future migration system allows for access to people at all skills levels without heavy costs or bureaucracy.

“The UK’s labour market has been performing strongly despite the ongoing uncertainty in the economy. There is clearly an appetite among firms to grow their teams but we’re seeing significant problems across the board with companies struggling to find the talent they need.

“For too long, Brexit has been sucking all the oxygen out of the UK’s domestic agenda, with Westminster, Whitehall and business communities all focused on planning and preparing for different scenarios. The necessary attention to skills and training just hasn’t been there. Now is the time to correct that.

“Getting the UK’s skills system fit for purpose, reforming the apprenticeship levy, and unlocking untapped segments of the labour market will help deliver a pipeline of talent that companies are so hungry for. The government must also ensure a low cost, efficient and flexible immigration system that allows firms access to people of all skill levels when they are unable to recruit from local labour markets.”

“Just last year, employers told us that they believe Brexit will worsen the skills shortage. What is apparent is that continued uncertainty has done little to abate these concerns.

“However, with over half of businesses looking to hire, the call to the UK’s workforce is clear. Regardless of the ongoing uncertainty, there is an opportunity to make professional strides, confidently approaching the search for a new job.

“Positive trends in the North and the Midlands signal a continuation of the shrinking North-South divide, with cities such as Manchester, Leeds and Birmingham all reporting a thriving recruitment market. It seems as though the devolution of power, improved accessibility and increased investment has not only tapered decline in these areas but sparked a resurgence.”