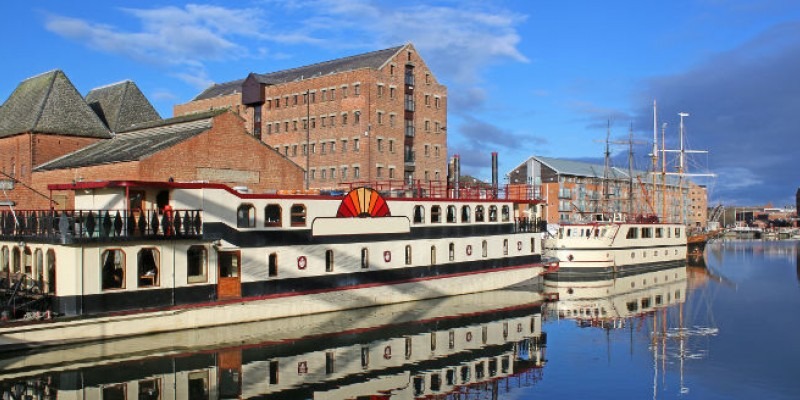 Time was when developers and those who might be potential investors in Gloucester wouldn't touch the city with a proverbial bargepole.

They had lost confidence in the city council to deliver as a result of some poor planning decisions, and it looked as if this historic city’s future was going nowhere.

That was until our new MP at the time, Parmjit Dhanda, asked Prime Minister Tony Blair if he would give government help to set up a Urban Regeneration Company (URC) to drive the developments the city badly needed.

That was the start of the regeneration journey, and the Gloucester Heritage Urban Regeneration Company (GHURC) was born and launched in the House of Commons in October 2006.

I well remember the early meetings of the GHURC - lots of councillors were there initially.

They were told in no uncertain terms by Colin Molton of the government’s Homes and Communities Agency - a great mentor to us - that this was a proper company. It would not be run like some council meetings.

And from that day on, the penny dropped until at the very end of the company in March 2013 we had just a few key councillors involved.

To me, the key to any success we may have had was down to our people.

We recruited a great no-nonsense chief executive in Chris Oldershaw, who had a tremendous track record of regeneration work under his belt in Newcastle. He really led the line.

And we had a great chairman in Greg Smith, principal of Gloucestershire College - at the heart of the Docks regeneration - who asked me to become his vice chair.

I knew nothing about urban regeneration, nor did Greg, but we were enthused by the huge task ahead and had great help from our partners. People like Paul James, who is still doing a great job as leader of Gloucester City Council.

When people often questioned me about why I was vice chair - as editor of the local newspaper - with no knowledge of regeneration, I simply told them that I stuck up for Gloucester.

I said I wanted to see Gloucester as a better place for the community and part of a growing local economy. There were times when being editor of the Citizen did help things along a little.

I remember the day of the big planning decision for the Gloucester Quays Design Outlet by Peel Holdings.

I ran three pages, including page 1 of the Citizen, with pictures of all the planning committee councillors gently reminding them that they would not be forgiven if they made the wrong decision that evening!

They made the right decision.

And now Gloucester Quays is an outstanding success with footfall hitting 7 million at the end of last year and really making Gloucester a destination for shoppers and visitors alike.

He always had faith in the city’s future when others didn’t and it has now paid off for everyone.

I estimate that Peel have so far ploughed over £400 million into developing the Quays and their associated land holdings.

I have always hoped that Peel would be allowed to bring their expertise into the city centre to develop it properly.

It really is in a lamentable state, particularly King’s Square, after so many false dawns and city council decisions which were often very poor.

King’s Square was one of the failures of the GHURC - I have to admit that. I hope that the city has now finally got its act together to really sort this eyesore which is unbefitting to our city.

I am afraid that the Railway Triangle was another failure.

We were very hopeful of getting millions of pounds of government money to help us build a new all-purpose stadium, cinema and entertainment complex on the land.

Tom Walkinshaw, bless his soul, as the owner of Gloucester Rugby at the time appeared to be excited by the plan too which would have involved moving the ground from Kingsholm.

But in the end, after a lot of hard work by us, he was unable to agree to the deal.

When I look back over the seven year life of the GHURC, I am reminded that we would have achieved nothing without the support and funding of the South West Regional Development Agency (SWRDA) - the forerunner of our LEPs now.

We soon realised that attracting investment and building with bricks and mortar had to be communicated properly to the community so they came on the regeneration journey with us.

So, we set up Marketing Gloucester. I remember interviewing Jason Smith. He got the job of chief executive because we thought had had some real go about him and showed a real interest in the city.

That was a good appointment, and since then Marketing Gloucester has become an important tool for the city to keep the story going. That must continue.

And I am reminded writing this that when you enter a big project like the regeneration and restoration of a great English city you must have clear vision.

Our vision from the outset was this:

“To bring life back to historic areas of Gloucester, reflecting their special character while creating a new, prosperous, attractive, safe, urban centre for the 21st century”.

We tried to stick to it and gave it our best shot at the time.

That momentum must not now be lost.