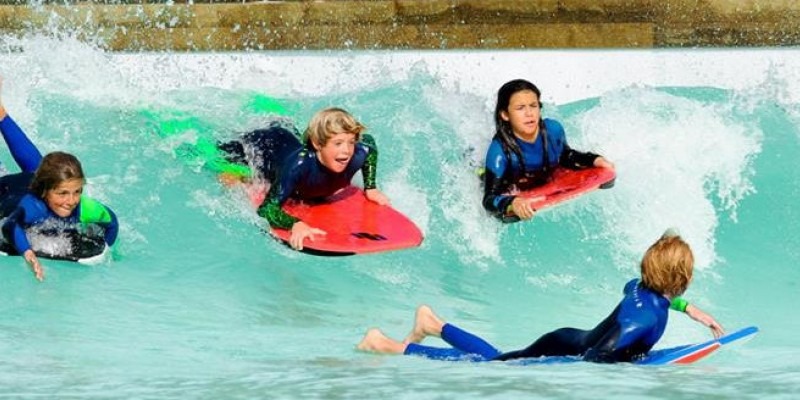 These are exciting times for South Gloucestershire.

While the area has a very strong industry and educational base built over many decades – and a base for world leading businesses across sectors such as aerospace and defence in Filton, and an ‘innovation arc’ from Severnside to Emersons Green - it is also developing into a significant sport, leisure and entertainment destination as well.

As part of the Bristol city region it is gaining increasing profile not only in the West but from further afield.

The Mall at Cribbs Causeway’s shopping and entertainment offer has been a solid draw for locals, residents and visitors from across the region since its inception, and the Aerospace Bristol Museum which opened its doors in 2017 and is home to Concorde, has seen rising visitor numbers year on year thanks in part to the marketing efforts of Destination Bristol and the positive press attention it has garnered nationally.

2019 is the year that things look set to really step up further for this area. This autumn will see the opening of Bear Wood at Wild Place – an ambitious, multimillion pound visitor attraction by Bristol Zoo that will see European brown bears re-introduced into their natural habitat – and also The Wave, Bristol - England’s very first inland surfing lagoon currently being built at Easter Compton. At Cribbs Causeway, Baylis Estates are constructing a new development which will include an ice rink and a sky diving centre. The city has been without an ice rink since 2012 and the new rink will provide a new home for the Bristol Pitbulls ice hockey team. All are exciting and new attractions that will help South Gloucestershire and the Bristol city region attract more visitors but also enhance the offer local residents.

In Filton, as part of its major 380-acre scheme for the airfield, YTL are currently preparing an application to build a new 17,000-seater supersonic Arena for Bristol in the historic Brabazon Hangars. The aim being to put Bristol on the world stage for live entertainment in what would be the 3rd largest UK arena attracting international artists and events. This is something the city region has been seeking to realise for many years.

Although there have been concerns expressed about the transport infrastructure for an Arena, the Massive Attack gigs staged on the former site of Filton Airfield back in March 2019 did help to significantly answer these concerns by testing this area as a location for this type of major venue.

On the subject of connectivity, this does remain an issue for South Gloucestershire. And with a significant amount of new homes to be built across this area over the new few years, this is a growing issue.

Among residents in the authority, car use is still much higher than the national average, while walking, cycling and public transport uptake among residents in South Gloucestershire is lower than the national average. A lack of alternative options and poor connectivity between South Gloucestershire’s major settlements mean that congested roads are an all too common sight.

A bright spot in this regard, of course, has been MetroBus.

South Gloucestershire has been one of the main beneficiaries since the MetroBus launch, with the area well served in terms of initial routes. Anecdotally, MetroBus is extremely popular with commuters and if WECA’s figures are to be believed it is also set to have a significant impact on the economy.

Speaking of which, South Gloucestershire’s decision to join Bristol and BANES to form the West of England Combined Authority has enabled the local authority to champion joined up thinking on economic and infrastructure across the West of England, access new funding, and help this area to start to punch at its weight in terms of recognition in national government.

With all these exciting new developments, which only a few are mentioned here, it’s clear that the South Gloucestershire area is carving out a compelling new identity for itself, shaking off the rather unfair image of it being just a suburb of Bristol – and complementing and adding to the overall city region offer.

Significant public investment is being assembled to improve connectivity in and around South Gloucestershire as part of the West of England transport packages providing much improved public transport linking to the centre of Bristol and beyond. This includes an extension of the MetroBus will and investment in local rail including a new railway station at Filton which is proposed to open by 2021. Alongside this a major shift will be needed to enable people to access and utilise green and sustainable high-quality transport options. As a business community, this is a significant focus for us to help make this happen.