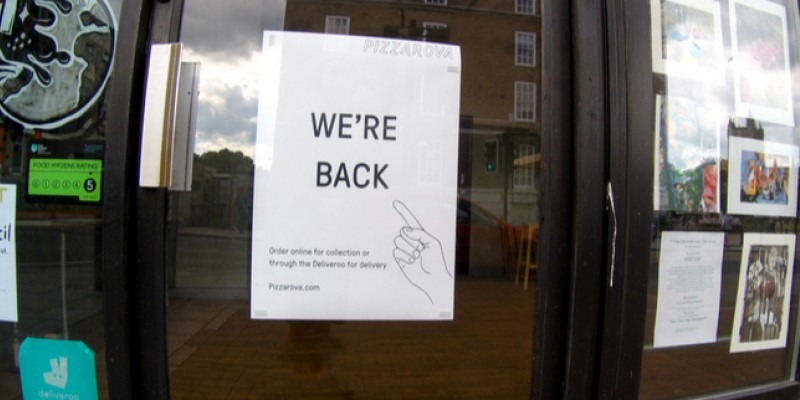 As the coronavirus lockdown entered its 20th week, the recent West of England Initiative meeting focussed on mapping the key economic trends beginning to emerge locally, in addition to progress with the recovery.

After polling more than 1,000 businesses back in April, Business West conducted a second COVID-19 survey between 21 July and 4 August to measure and analyse the impacts, responses and recovery of businesses in South West England.

A total of 519 respondents took part in the survey across a wide variety of company sizes and sectors. Claire Ralph outlined the following headline statistics to illustrate just how the coronavirus has impacted businesses in the Bristol city region:

• Negative mood overall, although Bristol businesses were feeling less negative than they were back in April

• 35% of businesses feel the impact of COVID has been extremely negative, 40% said negative, whereas 8% said it had a positive effect

Head of Policy at the Centre for Progressive Policy (CPP) Zoe Billingham was next to address the West of England Initiative meeting.

CPP works to drive productivity and shared prosperity in the UK and since the coronavirus pandemic outbreak they have played an active role on the One City Economy Board, which is co-chaired by James Durie, advising on strategies for achieving a sustainable and inclusive economic recovery in Bristol.

That being so, Zoe Billingham played a central role in Bristol’s Economic Renewal Statement of Intent and explained why skilling up, internationalisation of the city and SME support are key fundamentals to building back better after COVID-19.

Up next was Elena Magrini, Senior Analyst at Centre for Cities, who presented an in-depth and data rich account of the economic impact coronavirus has had on the main urban centres of South West England.

Elena opened with some potentially good news for the region, citing the fact that the claimant count was lower in South West England compared to rest of country, but caveated this by explaining that such figures do not reflect the number of residents who are classed as economically inactive. She also stated that take up of the CJRS had been moderate in the region, meaning that the claimant count could accelerate massively in October when the scheme comes to an end.

Elena then moved on to explain why jobs in Plymouth and Swindon were at greater risk to those in Gloucester and Bristol according to Centre for Cities' analysis. Plymouth and Swindon are slightly more vulnerable to the impact of coronavirus said Elena given that they are more reliant on hospitality, leisure, non-essential retail and transport for jobs, whereas Gloucester and Bristol rely on these sectors to a lesser extent.

President Richard Bonner then offered an update on the West of England taskforce and its progress with an economic recovery plan for the region, before recounting efforts to combat unemployment locally.

WECA’s Future Bright, which offers free career coaching, training and support to help those on low incomes or receiving benefits to develop the skills and confidence to find work, has been expanded to cope with demand, he said.

The Workforce for the Future programme, which co-funded by the West of England Combined Authority and the European Social Fund (ESF), is also being ramped up to support businesses and individuals in the aerospace sector get through these testing times Richard explained.

A short Q&A with the guest speakers followed before the meeting was brought to a close.