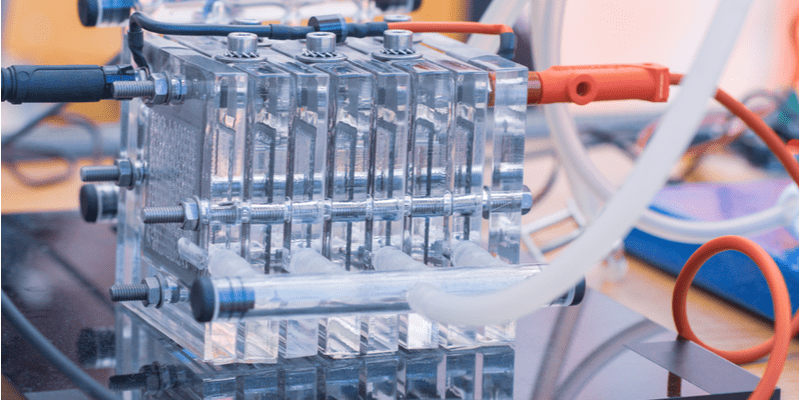 The strategy details plans for scaling up hydrogen (H2) production and consumption domestically and is based on a forecast that 20-35% of the nation’s energy consumption could be met with hydrogen by 2050.

Hydrogen can play a big role in moving away from fossil fuels. It can be used in a fuel cell, combusted in a boiler, turbine or engine to create heat or electricity. It can be stored and transported in various ways (ammonia, as liquid H2, pressurised gas, modified pipelines). It can be used for a range of chemical and industrial processes as well as for energy as high temperature heat in industrial furnaces, and as a fuel for long-distance and heavy-duty transport.

Hydrogen certainly brings opportunities to accelerate decarbonisation, but there are some controversies. Chief among them is how hydrogen is produced as blue hydrogen, which is produced from natural gas, a fossil fuel and relies on carbon capture technology which is not yet widespread. Green hydrogen also receives scrutiny, as there is not enough renewable energy capability to generate green hydrogen the amounts used. There are also some concerns around what hydrogen is used for, particularly around domestic heating where H2 could use some of the existing gas infrastructure but heat pumps are considered a more appropriate technology.

There is already a growing hydrogen sector in the West.

Swindon has a been leading the way with its H2 refuelling stations that were used to refuel the hydrogen taxis used at the London 2012 Olympics and Swindon Hydrogen Hub brings together industry leads to develop the sector.

In Bristol, Aguria created the first hydrogen powered ferry and GKN Aerospace are part of the £27m H2GEAR project which aims to develop a liquid hydrogen propulsion system for a subregional aircraft, they believe the entry into service of hydrogen powered aircraft could be as early as 2026.

Further down the peninsula in Exeter, Hydrostar are working to produce low-cost green hydrogen.

And at Business West, our pool car is a hydrogen powered Hyundai and we have established a collaboration in hydrogen mobility with South Korea.

Whilst other heavy industrial parts of the UK benefited from the announcements made in the ten point plan, there are opportunities in the West. To accelerate production, it has nuclear capability and small modular reactors that can be used to create pink hydrogen and to accelerate the take up of hydrogen its logistically well positioned with an airport, port and motorway network.

“Hydrogen will have a future role at the port, we are currently exploring opportunities.” says John Chaplin, Director of External Affairs & Special Projects at The Bristol Port Company.

“We currently have 15 hydrogen fuel cell cars driving around Swindon. At Honda, we used solar to create the hydrogen used at our hydrogen fuel station. The big issue for hydrogen is how you manufacture it, brown hydrogen is no good. It is not economically viable yet, but it is the future.” adds Mike Godfrey OBE, Business West Non-Executive Director and retired Honda Swindon Engineer.

Business West is carbon neutral and a B Corp working towards reaching net zero. It is working with business and the region to accelerate progress on climate action. Its innovation and export team have hydrogen specialists to help grow the sector. To find out more visit: www.businesswest.co.uk/trading-to-net-zero