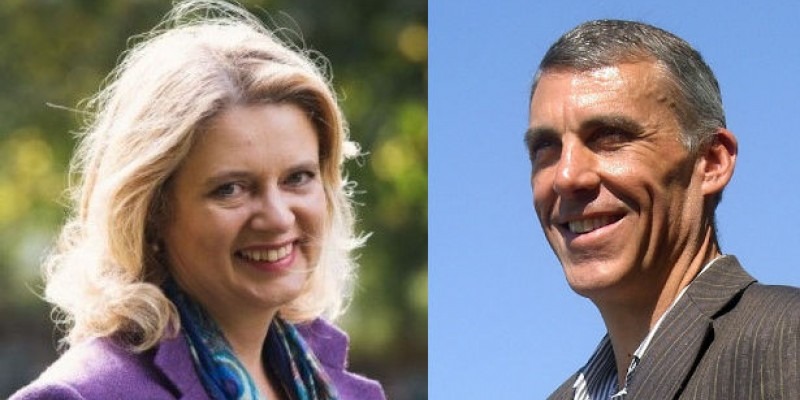 Swindon & Wiltshire Director Ian Larrard opened the meeting before introducing Katherine, who recently stepped down as SVP at Airbus to take on the role of High Value Manufacturing Catapult CEO in addition to acting as Chair of the Western Gateway Partnership.

Katherine began her talk by outlining the role of the Western Gateway Partnership and how it supports business and the economy in our region.

“What is the Western Gateway? It’s not a tier of government or a sub-regional transport body…it’s government’s version of an economic powerhouse for the West, like the Northern Powerhouse and Midlands Engine.” she said.

Katherine then went on to talk about her own motivations and vision as Chair of the Western Gateway. “I really care passionately about our area,” she said before stressing the importance of businesses getting together to advocate for and raise the profile of our region on a national level.

Formed in November 2019, the Western Gateway’s progress has been delayed somewhat by COVID-19 admitted Katherine: “Not an easy time to start a new powerhouse,” she remarked. Nevertheless, with the partnership’s governance structure now in place, Western Gateway has also conducted an in-depth economic analysis of the region.

And this region has some incredibly valuable assets said Katherine.

There are more people with PhDs in this area than in the Oxford-Cambridge arc and a third of all cyber patents are registered in Western Gateway area. These two assets among many others are something that needs to be built on. With such great research and universities here, this needs to translate into world leading companies and high skilled highly paid jobs continued Katherine.

Armed with detailed economic analysis of the region and buy in from local authorities and the business community into the concept of the Western Gateway, Katherine asserted that now is the time for the region to “raise its voice a bit”, particularly with levelling up funds up for grabs.

CEO of Visit Wiltshire David Andrews was up next to speak about Great West Way. The Great West Way project began 5 years ago as a touring route through Wiltshire to encourage visitors to spend more time and money in smaller towns and villages in the county away from London and the major tourist attractions.

The project quickly gained traction and snowballed to what it is today - a regional touring route that stretches from London to Bristol.

The route can be completed at your own pace by boat, cycling, walking, public transportation or road. And despite lacking the global brand awareness that touring routes such as Route 66 enjoy – the region boasts more heritage sites than its more famous American cousin.

Great West Way is also relatively unique as there are only a couple of others in the UK added David, and because of that Great West Way has a successful track record in securing funding from Discover England.

The organisation also has strong links with Visit England and Visit Britain, which help to promote Great West Way overseas. As a result of this, enquiries for 2022 have been flooding in with pent up demand from Europe and the US.

David went on to review the main COVID-19 recovery trends in the tourism industry, identifying supply chain issues, staffing issues and the loss of international trade as the key challenges, but ended his talk on an optimistic note in light of the DMO review that favours regional projects such as Great West Way.

The next Swindon & Wiltshire Business and Economy Meeting is due to take place on 26th October and will feature speakers from Babcock International and Wiltshire Police. Businesses can register to attend via Eventbrite: https://www.eventbrite.co.uk/e/swindon-wiltshire-business-and-economy-me...