Theta Technologies makes all the right noises for investors 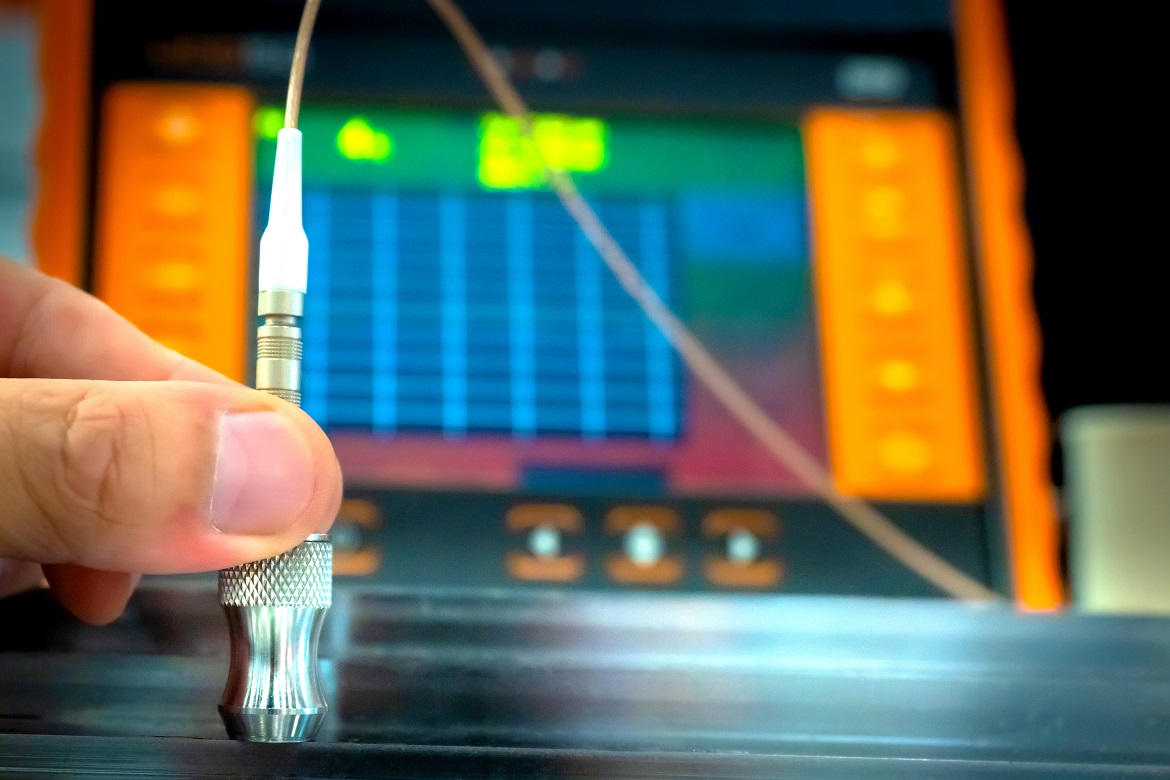 An Exeter company developing revolutionary acoustic technology for detecting flaws in metal components is all set to raise £4 million from venture capital investors in 2019 after support through the innovate2succeed programme.

As a result of raising its investment profile through i2s, the company has recruited a new CEO from FTSE 100 company Halma plc. Mike Dakin is a highly respected and experienced figure in the materials testing industry.

“That’s been a massive gain for us,” declared company chairman Iain Fairbairn. “That our involvement in the i2s process should have yielded somebody so directly and so well qualified was a bonus. We’ve recruited our finance director, Robert Warner, in the same way.”

It was Fairbairn who approached Business West late in 2017, seeking help in making the transition from prototype stage to launching its novel non-destructive testing product on the market.

The company was quickly judged eligible for the i2s programme, which is supported by Innovate UK and the European Regional Development Fund.

A strategic i2s review yielded a business plan which confirmed the need for investment and for a stronger management team to drive and guide commercialisation.

To help the company sell itself more effectively to potential investors, a specialist i2s ‘access to finance’ adviser helped Fairbairn to draw up a financial prospectus it could distribute to selected individuals.

Theta, currently on the move from the university’s innovation centre to new premises at Exeter Science Park, quickly raised £250,000 from existing and new investors. Full-time staffing has grown from four to seven in the last 12 months.

Fairbairn added: “What we’ve done now, with a new CEO and financial director and after completing further product development during 2018, is to create a new, more ambitious business plan.

“We’re currently going through another share issue, with a view to full institutional investment in 2019. We’re looking for around £4 million in venture capital investment.”

Theta’s non-linear acoustic technology enables manufacturers to be more precise in deciding which components should leave the factory and to monitor the ageing process in a component. They can then be more confident about when it should be replaced.

“What we do is unique,” said Fairbairn. “To our knowledge, nobody in the world offers this level of detection of defects. Our ambition is to take advantage of this first-to-market position worldwide.”

The focus is currently on getting our alpha-prototypes into the factories of the handful of major manufacturers who have offered to test them. “We’ve never had a problem in identifying and talking to the people for whom we are a relevant technology,” he added.

"Aerospace and defence contractors producing safety-critical components are obvious partners but Theta is currently working on an Innovate UK-funded project to develop a quality assurance process for metallic additive-manufactured parts. It is also on a related ISO/ASTM International standard working group."

“It means we are the facilitating technology for widespread adoption of additive manufacturing of anything where reliability is important,” said Fairbairn.

“That takes us from aerospace into the world of automobiles, where safety is not as critical but they still need reliability and the ability to quickly and cheaply eliminate defective items from the production line.”