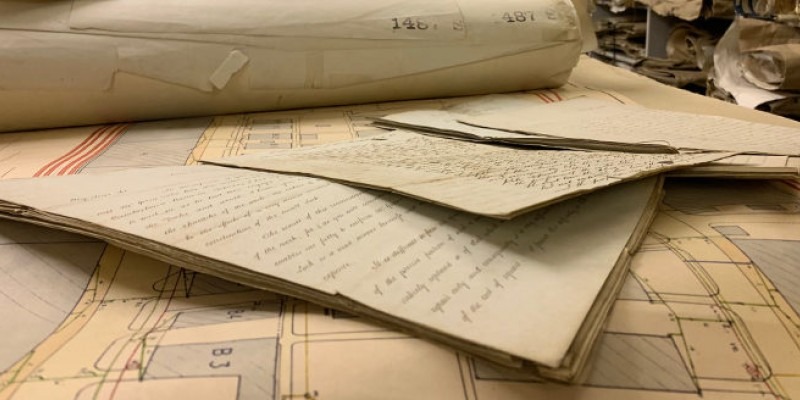 An extraordinary trove of letters written more than 175 years ago by Isambard Kingdom Brunel have been discovered hidden amongst old maps and charts at Bristol Port.

Experts say the “remarkable and extremely rare” find – one of the largest collections of Brunel’s writings to be uncovered in recent years – provides significant new insights into the life of Britain’s greatest engineer, during the most prolific years of his life.

Fifteen documents authored by Brunel from 1832-1846, found tucked into an old yellowing folder by a book researcher, give a new perspective on the period in which he was appointed engineer to Clifton Suspension Bridge, launched the SS Great Britain, and completed the Great Western Railway.

Amongst the revelations are surprising reflections from Brunel about his concerns for the environmental impact of the Industrial Revolution, and typical examples of his perfectionism as he attacked a series of “entirely useless” efforts undertaken against his counsel.

Bristol Port has donated the entire collection to the SS Great Britain Trust and Brunel Institute, where they are being transcribed and prepared for display to the public.

Nick Booth, Head of Collections at the SS Great Britain Trust said: “The  documents provide a remarkable and unique insight into Brunel in his formative years. It is extremely rare to receive a single letter or report written by Brunel, so we are enormously grateful to receive such a generous donation of a whole collection. It will allow us to tell the story of Brunel in Bristol, right next to the floating harbour which he wrote about over 175 years ago.”

Most of the correspondence is from Brunel to the directors of the Bristol Dock Company, and addresses the problem of the city’s floating harbour becoming laden with mud, causing large vessels to run aground. There are four letters from 1833-1846 and five reports from 1832-1842, as well as quotes from Brunel for completing work on the Southern Entrance dock.

The discovery was made by Roger Henley, a retired engineer, who was sifting through papers in the archive room at Bristol Port Company’s St Andrew’s House in Avonmouth as part of his research for a new book about the Port.

Mr Henley said: “There are thousands of rolls of historic papers in the archive room and as I was going through them, I found a yellowing folder, inside of which were a stack of carefully penned, hand written documents. They didn’t stand out until I got to the bottom of the first letter and to my amazement realised it was signed I.K. Brunel. I didn’t need an introduction to that name! It was an incredible moment and a surreal feeling to realise I had in my hands original letters penned by the world’s greatest engineer.”

Terence Mordaunt, the co-owner of Bristol Port Company, officially handed over the collection. He said: “The history and heritage of Bristol docks has always been extremely important to us and to make this discovery of Brunel writing to our predecessors at the Port 175 years ago was extraordinary. We are delighted they will now be made available to the public to read and enjoy.”

The SS Great Britain Collection forms part of the world’s finest collection of original source Brunel materials at the Brunel Institute. The Port’s gift of the letters is one of the largest individual donations in recent history.