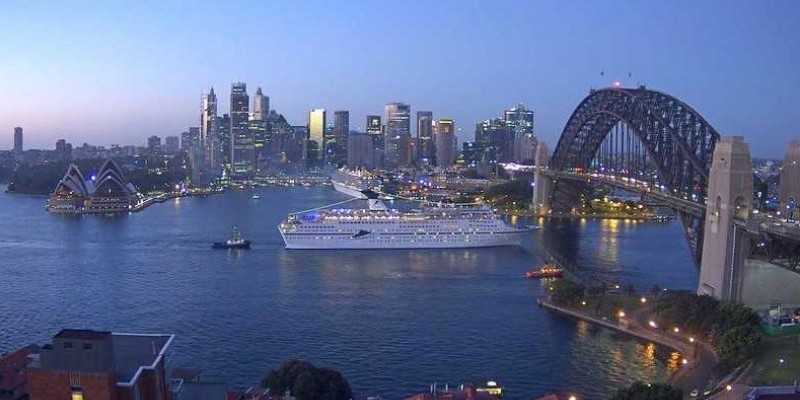 The largest cruise ship to arrive in Bristol since cruises were launched four years ago has been confirmed for 2018. The luxury liner MS Magellan, one of the most iconic ships in the Cruise and Maritime Voyages fleet, will set sail from Bristol next year carrying up to 1,452 passengers. It marks another milestone for the burgeoning cruise trade at the Port, which has welcomed 30,000 passengers since opening in 2013.

The MS Magellan has a rich and varied history. Having previously belonged to Carnival Cruises, in 2005 she was temporarily diverted to act as a rescue vessel during Hurricane Katrina, to house the victims of the storm. It was transformed into a four-star floating hotel during the Sochi Winter Olympics in 2014, before later joining Cruise and Maritime Voyages.

Cruise and Maritime Voyages will be offering cruises from Bristol in 2018 on MS Magellan to the Mediterranean, Baltic Cities and St. Petersburg.

James Stangroom, Commercial Manager at Bristol Port says “It is the first time we have been in a position to ship over prime cruise season and shows the faith that CMV has in the market from Bristol and Bristol Cruise Terminal to bring the marvellous MS Magellan to Bristol Port.”

Previous cruise lines to the Port have included Fred Olsen, Saga, and Hapag Lloyd. Bristol Cruise Terminal offers turnaround cruises for passengers looking to sail away to a destination but also offers transit calls for passengers to come to Bristol and explore the region.

The benefits of cruising from Bristol allows local South West passengers to leisurely sail to a range of destinations without the hassle of a long journey beforehand. Although with that in mind, some passengers have come as far as New Zealand previously.

Volunteer at Bristol Port, Henry Warren has met several international passengers at the Port "That is the main thing I like about volunteering at the cruise terminal. You never know who you will meet and where they will come from. I often ask passengers why they have chosen to come to Bristol before going on a cruise and the answer is simply because they want to explore Bristol and the rest of the region beforehand."

Tourism has grown considerably for the region, which is why transit calls continue to be popular for the Bristol Cruise Terminal. For North Somerset the catalyst has been the Banksy exhibition in Weston Super Mare and from that other attractions in the area have seen an increase in growth. Bristol Airport continues to add new airlines and routes enabling more visitors to reach the region and stay. Whilst Visit Bristol continually add to their portfolio with a range of attractions from the new Concorde museum to a variety of events.

The main market to Bristol are mostly visitors coming from Germany. This is a trend that was noted by several attractions and hotels in North Somerset and Bristol. The reasoning behind this growth comes down to the fact that the German market can choose to either fly, sail or drive to UK, making it easily accessible. The concentration of attractions in the region makes the South West very popular to visit. A factor that Canadian and American markets are considering when visiting the UK.

Others reasons for the increased popularity to the region are the themed visits. Recent successful television shows such as Sherlock (which was filmed in Bristol and Cardiff) Broadchurch (filmed in North Somerset) and even One Direction music video (filmed on Clevedon Pier) have enticed people to make the pilgrimage to the South West.

With all these elements in mind, Bristol Cruise Terminal hopes to be able to welcome more vessels to the Port which can only be fantastic news for Bristol Port and for the wider Bristol area and economy.