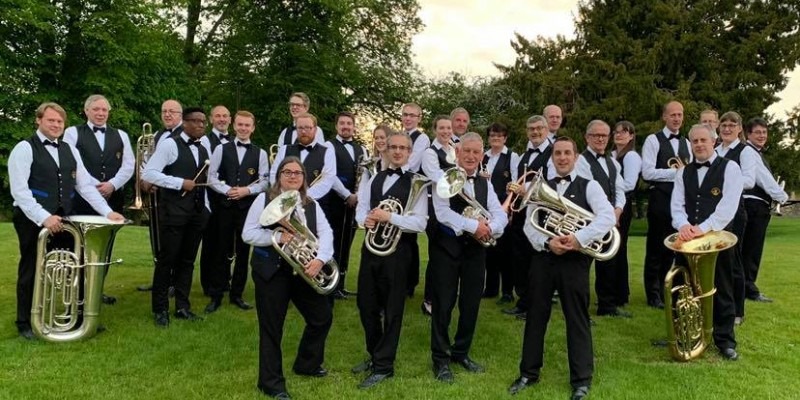 Just Play It…
Dynamic prize-winning First Section band giving inspirational performances throughout the South West and including a thriving training band.
Mission Statement
To play brass music to the best of our ability and perform at the highest level for the benefit of all. The City of Bristol Brass Band was formed in 1936 as the Fishponds British Legion Band by HS Perry (a local boot and shoe manufacturer who also played the euphonium) and William George Cozens, Lord Mayor of Bristol. The City of Bristol Band currently competes in the First Section, having gained promotion in January 2018. The current MD is Ian Holmes ARCM, ALCM a well-known and widely regarded Bristol born musical director. The training band was founded in 2004 and has competed in local contests and gained cups and gold awards. The training band, under the baton of Steve Ellis, local brass teacher, develops players across the age range and ability, giving them valuable experience to progress their music careers. The bands give a minimum of 20 performances throughout the region each year reaching a collective audience of many thousands.

Member has not assigned any key personnel.

City of Bristol Brass Band are very sorry to say goodbye to their current MD who has had to stand down for health reasons.

Member has not created any blog posts.

Member has not created any events.