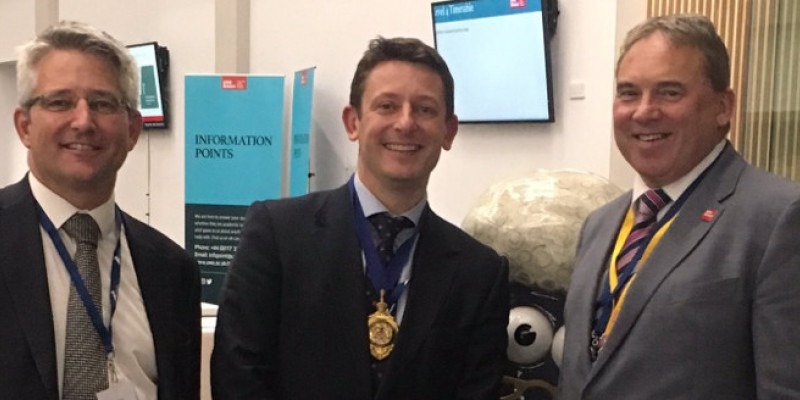 We are proud to announce that Richard Bonner, City Executive for Bristol at Arcadis has been appointed as the new President of Bristol Chamber of Commerce and Initiative (BCCI), part of Business West.

The leading voice of business in the West of England, BCCI is the ‘go-to’ organisation for business engagement by Government, and the wider Local and Combined Authorities. As President, Richard will play a leading role in engaging all those stakeholders on behalf of the business community. He will help local businesses capture and nurture opportunities, whilst ensuring that Bristol city region’s reputation for business remains high.

• Linking business to schools and education

All of these areas are spaces that are important to Arcadis, and Richard’s appointment will act as a platform to continue to build Arcadis’ brand, influence and impact in the city.

“It is a great honour to be announced as the President of Bristol Chamber of Commerce & Initiative, and to succeed Professor Steve West (Vice Chancellor and President of the University of West of England), who has made great strides during his tenure, working with local authority groups and businesses to make the city region a healthier, happier place to live and do business.

“I believe Bristol Chamber of Commerce & Initiative provides the best of both worlds. As a local Chamber it sits at the heart of our local economy and, as part of Business West, (which encompasses Bath, Gloucestershire and Wiltshire Chambers of Commerce) it also has the authority and influence to be a strong voice of business, supporting it to develop and grow.

“Bristol and the West of England is a thriving place to be, and I am looking forward to playing an increasing role in engaging local stakeholders and the business community to realise the potential of this region.”

“Working closely with Richard for a number of years, I have seen first-hand the key role he has played in championing sustainable and inclusive growth across the City of Bristol, working tirelessly both in his capacity as City Executive at Arcadis and voluntarily as a member of the Initiative. I am looking forward to working with him as he steps into Professor West's shoes and makes his own mark on the region.

“I believe it is vitally important for our Board of Directors to be from varying backgrounds, reflecting the rich diversity of the business community. Richard will head up our Board of unpaid volunteers, with wide ranging business expertise, giving freely of their time - and we greatly value their assistance in the development of BCCI.”