Back Dale Vince to get eco-stadium built 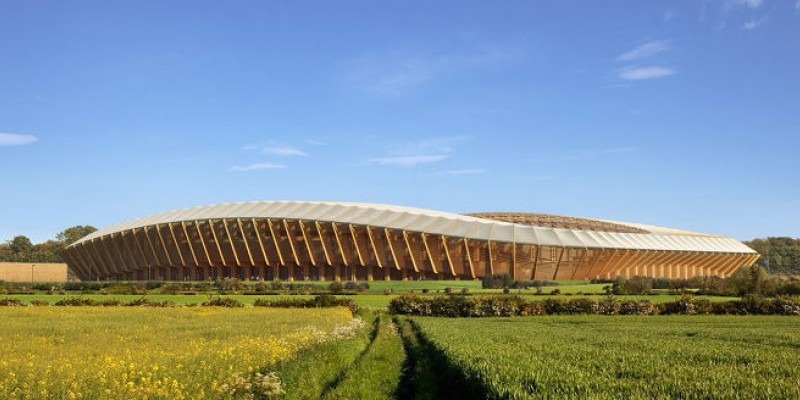 Dale Vince, the Ecotricity owner, is something of a Marmite guy. You may love him or loathe him.

Unashamedly, I am a big supporter.

I feel he has done so much for the Gloucestershire economy through creating an amazingly successful company based in Stroud.

And at the same time, Dale has given employment to some 720 people in the area.

So, I am appealing to readers to support Dale in his battle with Stroud District Council to finally get outline planning permission to build a new stadium for Forest Green Rovers near Eastington.

It looks as though Dale will now get a second chance to get those outline plans approved in October after the bitter disappointment of having it turned down previously.

“We are in an exceptional situation”, Dale told me. “Nobody expected the vote to go that way and now we have a second chance to put that right.”

One of the difficulties with complex commercial planning applications like this is that they may seem to run up against political opposition and not be dealt with on a pure commercial basis.

“From time to time, I am an outspoken critic  of government policy which can be read as being an opponent of Conservatism which is inaccurate.

How can councillors turn this down again when an independent study has said that the Eco Park project will eventually generate something like £300 million for the county’s economy?

And Dale says: “The business rates alone will fill the gap that Stroud District Council are forecasting they will have from 2020 onwards”.

Councillors must now see sense and give Dale the green light.

Why not encourage the council to approve the plan by mailing planning@stroud.gov.uk (Quote planning ref S.19/1418/OUT).