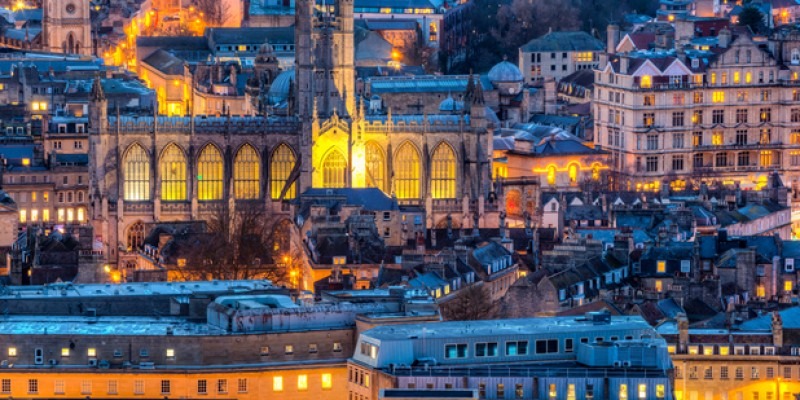 Every set of economic figures paints a gloomy picture and those for retail and tourism are particularly bleak, which is obviously bad news for Bath.

Over time there will almost certainly be an element of bounce back, but we must face the possibility that things will never return to former levels of activity.

We could just give up, pull the blankets over our heads and await the inevitable, but you know that won’t happen. What will happen is that the multitude of bright thinkers we’ve got will use their brain power to come up with fresh ideas, adapting to the new circumstances in which they find themselves.

I’m going to ignore the gloom mongers who accuse me of naive optimism because I can call on the evidence of history, which illustrates how Bath has regularly re-invented itself to make the most of periods of change.

Look at how as early as the sixteenth century the city was attracting visitors suffering various ailments to bathe in the healing spa waters. And then it drew the most fashionable people to promenade in all their finery.

But the entrepreneurs of Bath of that time didn’t sit on their laurels, oh no. When the trend for tea drinking kicked in early in the eighteenth century they were at the head of the queue to provide the best cuppa experience, with large public breakfasts held in the Assembly Rooms or in one of the various pleasure gardens, well described by Rachel Kennedy in her book about trade and culture in the West Country.

She explained that by 1784 there were no fewer than 672 tea dealers registered in Bath and Bristol out of a total of only 1,769 shopkeepers – that’s more than a third, an amazing growth and a brilliant response to change.

The fascination for fancy tea drinking fired the enthusiasm of other retailers who identified the trend and quickly started supplying oriental porcelain, before diversifying into other far eastern items such as lacquered boxes, fans and wallpaper.

The point of highlighting this story is to provide hard evidence that Bath has centuries of history of re-invention, adapting to whatever the times throws at the City. The people did it in the past by keeping their wits about them, identifying modern trends and above all, by providing customers with what they want. In the case of the porcelain not always the cheapest products but always top quality, a watchword for Bath today.

Every town and city in the country is facing the same challenges but we’ve got the talent and the tradition of being able to adapt and there’s no reason why history should not repeat itself, to the benefit of the whole community.