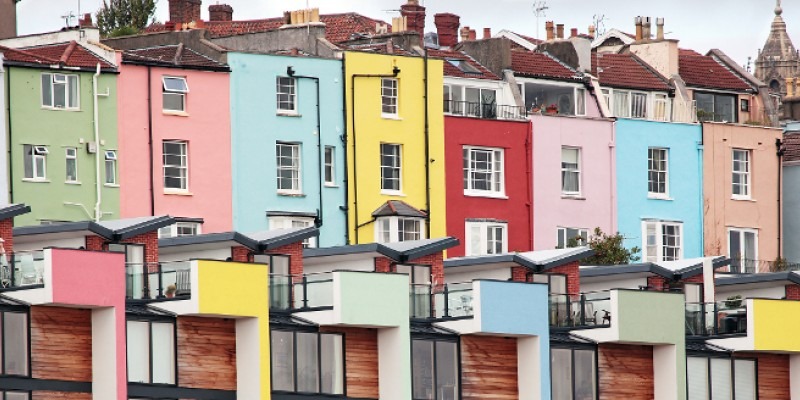 As the first month of 2017 draws to a close, we still find ourselves pondering what Brexit might really mean – and even less predictable is the potential impact globally of a Trump presidency. At least the Football Premiership has regained a familiar look.

The business community, traditionally, prefers certainty when it decides whether to invest, expand or move into different markets. So having these ”known unknowns” working their way through the system could potentially act as a brake on economic growth.

But countering that, here in Bristol we have taken one big step forward to controlling our own destiny: 2017 marks the year when a West of England Metro Mayor is elected, takes office and the first financial fruits of devolution should start flowing into our coffers. What will that mean for the people of Bristol and its city region? To put this in context, we must take an appraisal of both our strengths and weaknesses.

Bristol is a fantastic place to live and work – something which is being increasingly widely recognised. It boasts a diverse cultural heritage where, for instance, 91 languages and dialects are spoken, and we pride ourselves on being an outward-facing trading city and region with strong international connections.

Our Universities are beacons of collaborative international research. Many of our employers operate across the globe. As a city-region we have the highest GDP outside of London: effectively we “export” more than we “import”. The main thing we do “import” is talented people... around three to four thousand each year from London alone.

Nevertheless, we cannot ignore the fact that many people still do not benefit from the city’s successes. Both at home and abroad, events of the last 12 months have highlighted a growing discontent, with a large proportion of the population feeling marginalised and still struggling in the aftermath of the recession. In Bristol too, some people feel ignored or left behind.

Bristol may be considered the regional city of choice for many creative, tech and knowledge-based businesses, as well as skilled professionals. Our cultural life is booming; many less affluent parts of the city are being gentrified.

However, the reality of life for many “just about managing” citizens is rising housing costs, flat-lining wages, congestion, under performing schools and poor future job prospects. Compare the wards that voted for and against Brexit and you see a map of two very different cities. We have to harness economic growth to improve the lives of everybody in the city.

Our expanding population - easily outstripping all forecasts - will exacerbate those differences unless we stop looking upon growth as a problem to be tackled and start viewing it as an opportunity to be grasped.

Devolution will play a part in that: in simple terms the more local economic growth we achieve, the more money locally we can choose to spend on infrastructure and public services.

To ensure that the jobs being created cascade down to those who really need them, we need to encourage people to achieve their full potential. There are skills shortages in so many sectors: schools, colleges and businesses need to be working together more to identify opportunities and ensure that young people coming across into the workplace are equipped to move into well paid work.

I’m proud to say that Business West is playing its part in helping this to happen in many ways. For instance we are partners in Bristol Learning City helping those disengaged from the workplace to enhance their employability skills and routes into work. That said, much more could and should be done. Just look at the success South Gloucestershire is achieving, with three schools in the collaborative Premium Partners scheme with local companies, to see how businesses themselves can directly be part of the ongoing solution to skills shortages.

That’s a great example of turning a challenge into an opportunity.

There’s no question either that the city must urgently address the housing shortage impacting on so many: those struggling to find affordable housing, families wanting to get onto the housing ladder and skilled young professionals looking to stay here after university or move here from elsewhere.

The new Bristol Mayor, Marvin Rees has made housing his number one priority, and we’re backing him on that – urging for more sites to be brought forward quickly and innovative solutions found to address the capacity issues within the construction sector.

The new “joined up” approach that devolution brings can and should play a key role in that: identifying potential sites in the sub-region as part of the joint spatial thinking that we are contributing towards.

One longer-term benefit of more affordable housing will be to help address a root cause of homelessness. That’s not just young people, many in work, currently “sofa-surfing”. It’s the near-100 people sleeping rough on our streets every night: no civilised city should tolerate that.

We’re partners also in the new City Office initiative to encourage landlords to make empty buildings or spaces available, and for businesses to “buddy” with those trying to forge a new life and get back into the workforce. One interesting idea being progressed is to convert two double decker buses into temporary accommodation.

Equally, we’re collaborating with the local authorities and the local property sector to highlight the need to bring forward more employment sites in the city region in the right places and quantities to meet changing needs, helping expanding businesses to remain local and stimulate inward investment into areas with readily available workforces.

We've made strides around public transport in 2016, and the benefits of the recently opened South Bristol Link road will continue to be felt throughout 2017.

But it is still just a fraction of what is needed to solve the transport infrastructure requirements of our city. Our four councils estimate that £7.5bn is needed to tackle infrastructure deficit and future growth to 2036. A fully-realised and functioning vision can only be achieved with co-operation and fully integrated working across local authority boundaries.

In case we forget, we are still lagging behind on the infrastructure element that will matter most of all in the years ahead: digital connectivity.

Tackling all these issues - converting them from problems into potential - will require joined up thinking at the highest level. Which is why, whoever becomes Mayor for the West of England needs a well-honed set of skills. As well as cajoling local authorities into a consensus on infrastructure and transport planning, he or she will need to represent us at the highest level in Whitehall and make the business case for the next tranches of devolution funding to make sustainable growth possible.

We need someone with vision and strong negotiating skills, to stand above local politicing, prepared to bang the table with Government – and bring this city region a fresh energy.

Looking back to 2016, Bristol did fairly well in total terms: perhaps a 7 or 8 out of 10. But we could do much better – and business wants to play its full part to unlock our massive potential - and for all who do, or will, live and work here.

What will it take for me to give 2017 a 9 or 10? A strong West of England Mayor candidate; a combined authority that gets on its feet quickly and properly; sufficient land for growth being allocated in the right places to enable great new communities; more housing starts; our new transport schemes operating successfully - with many more of us using public transport, particularly the bus; and local people feeling as though life is improving.

We don’t have to be subject to the same levels of uncertainty and possible pitfalls and hazards as the rest of the country where there isn’t such growth. We have a strong, diverse economy that can achieve an even greater level of self-sufficiency through devolution. With more control we can do well even when the rest of the country perhaps isn't able to.

But for that to happen, we must not duck the opportunities to set out ambitious, joined-up growth plans… and then work together to achieve them with strong long term governance.