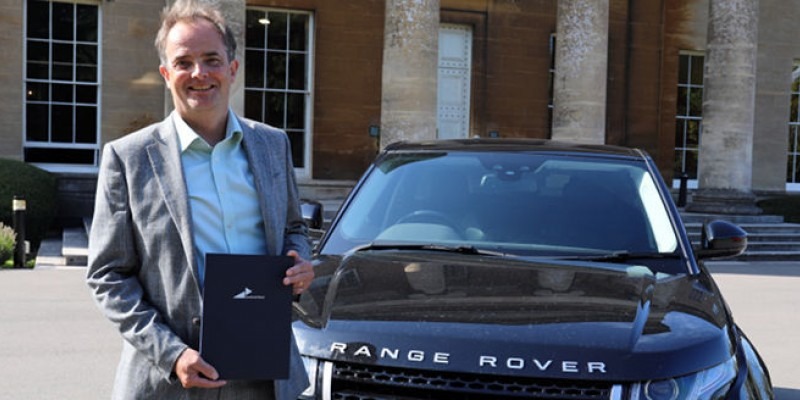 A Merthyr-based tractor dealer is counting their lucky stars after they avoided a very dodgy export deal thanks to international trade experts Business West.

Dumelow International, which formed in 1996 to supply reconditioned used Massey Ferguson farm tractors and agricultural machinery to Africa, were poised to ship six Range Rovers worth $250,000 to a buyer in Nigeria before Phil Geddes, Senior International Trade Services Assistant, raised the alarm.

The scammers attempted to fleece Dumelow by forging documents which guarantee that a business gets paid when sending their goods abroad. Standby Letters of Credit (SBLC) are issued by banks on behalf of their clients to reduce the risk of non-payment for goods or services to the seller. This means exporters can trade with confidence, safe in the knowledge that they won’t end up out of pocket, but only if they are genuine.

The fraudsters sent Dumelow a forged standby letter of credit, which claimed to be issued by one of the largest trade finance companies in the world. To the untrained eye, the letter of credit would be a satisfactory enough guarantee of payment for the buyer. However, Dumelow were concerned regarding its authenticity and sought Business West for a second opinion.

Having first set eyes on the dodgy documentation, Phil Geddes knew that the letter of credit had all the hallmarks of a fake, noting that it was missing key signatures. Alarm bells rang further when Phil found no trace of the buyer online, so he contacted the seller and advised them to halt the transaction immediately.

Discussing how he uncovered the fraud Phil Geddes, said:

“As soon as I saw the SBLC it was immediately apparent to me that this was most likely a fraudulent transaction. Generally, we don’t provide an advisory service unless a client signs up for our full Letter of Credit service, however, I couldn’t turn a blind eye to this. After doing a little more digging and with the seller’s permission, I contacted the bank for their opinion on the authenticity of the SBLC. There was a delayed response from the bank, so I advised the seller to exercise extreme caution and hold off from shipping the goods 4,000 miles to Nigeria. When the bank eventually responded to my enquiry they confirmed the SBLC to be fraudulent.”

“Phil’s quick thinking and expert eye meant that the transaction was halted in the nick of time. If it wasn’t for his advice, the goods would have been sent to Nigeria and without payment forthcoming the fraudsters would’ve disappeared without a trace. I cannot thank him enough for bringing this to our attention.”

Dumelow’s near miss is a cautionary tale for exporters everywhere when it comes to having their export documentation in order. Figures show that 75% of exporters who do their own Letters of Credit experience problems getting paid due to incorrect paperwork, and while instances of fraud are relatively rare, in the event businesses can end up hundreds of thousands (if not millions) of pounds out of pocket due to lost revenues. So why chance it?

Business West has an award-winning team of trade advisers and experts that certify, legalise, sign and issue over 40,000 export documents a year. To find out how we can help you visit: https://www.businesswest.co.uk/export/export-documentation