At the most recent event at Chiseldon House this week, guest speaker Chris Parsons, Economic Development Officer at Swindon Borough Council gave an overview of SBC’s business retention and expansion function, which proactively connects with existing businesses in Swindon to understand and respond to their needs. 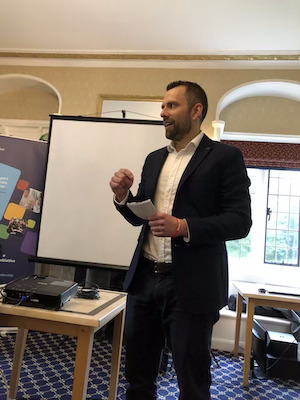 Chris also mentioned that Swindon receives between 3-4 investment enquires per week – a healthy number that is testament to Swindon’s attractive location and workforce, and the reason why we have an impressive stable of high-profile employers based here.

Switch on to Swindon’s Kris Talikowski demonstrated an impressive virtual reality map of Swindon created by CartoConsult. The map - which gives a bird’s eye view of Swindon and allows users to swoop down and see where all the regeneration is happening - has been commissioned as an interactive tool to attract inward investment. For a free cardboard virtual reality headset email yes@techswindon.org using the subject heading “I’m in”. 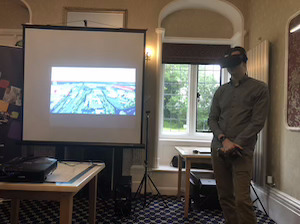 Paddy Bradley, Director of SWLEP spoke about the LEPs current work stream and covered topics including board diversity and the need to raise awareness of R&D funding among Swindon firms, who lag behind regional competitors in terms of take up.

Philanthropy Director of Wiltshire Community Foundation Jo Brady then spoke about the Foundation’s expanded brief in Swindon. Wiltshire Community Foundation is an independent charity that gives grants and funding to the voluntary sector and charities across Wiltshire and Swindon. They are an expert on local need and disadvantage in communities and offer high quality advice and support for all types of donors who want to make a difference in their local area. While historically emphasis has been on Wiltshire, in recent times there has been a shift of emphasis on supporting charities and disadvantaged communities in Swindon. 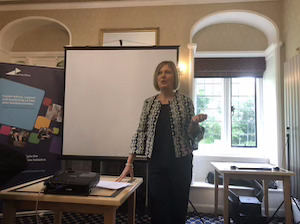 Finally, Business West Director of Policy Matt Griffith, discussed how the Swindon & Wiltshire Initiative policy team can offer local businesses advice and consultancy on a range of issues and advise around Brexit and routes into Whitehall. Ian Larrard, Director of Business West also covered some of the other work being undertaken, namely engagement on the Honda Taskforce to the Local Plan review and some of the wide range of business support activities provided.