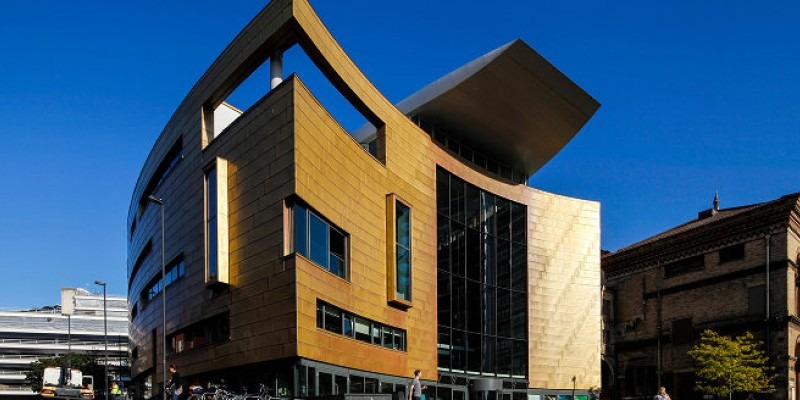 An independent economic impact assessment carried out by professional services firm KPMG has revealed that the multi million pound transformation of Colston Hall could help to generate £412.5 million for the UK economy over the course of 20 years from 2020, with £253.7 million of this in Bristol.

The report also estimates that the completion of the Hall’s redevelopment will bring an increase in audience capacity of 30%, a 54% increase in the number of performances, and the creation of nearly 50 extra jobs.

The Hall is due to close in summer 2018 for the redevelopment work to take place, and will reopen in 2020 revealing major upgrades to the Main Hall and our second hall, the Lantern, as well as the creation of a third venue in our newly opened up cellars, alongside an international standard, fully accessible music education space for young people across the city and wider region to benefit from.

This assessment gives us a solid foundation upon which to set out to current organisations and private donors who represent our existing and, indeed, future sources of funding that the benefits of the £48.8 million transformation clearly extend beyond the building and in fact stretch across the city, region and country.

My view has long been that arts organisations must play a wider role in society and the growth of the economy. The former Culture Minister, Ed Vaizey, said in his time at the Department for Culture, Media and Sport (DCMS) that the cultural world wants politicians to pay attention to them but they don’t engage in a policy debate beyond ‘Give us more money’. This is an important viewpoint and that’s why myself and my team at Bristol Music Trust – the independent charity responsible for the management of Colston Hall since 2011 – has been working hard to engage with the local community, schools and businesses to understand how the transformation should benefit the city and not just the audiences who come to see the performances.

Part of our case for investment into the Hall is that it will result in greater audience numbers, which has a public benefit, because those audiences will spend money in the wider local economy and, in turn, support jobs and economic growth. In other words, we become an important part of this region’s continuing economic success story.

Bristol and the West of England has the most successful economy of anywhere in the UK outside of London and the city frequently tops the lists of best city to live in. Businesses want to base themselves here, people want to live or visit here. A vital piece of that jigsaw is the culture and arts offering that Bristol is renowned for. We have a unique, thriving cultural scene and it is essential for the future health of the city and region that we continue to protect and invest in it.

I’ve been met with great enthusiasm and support from many businesses and organisations across the West of England about the role that arts and culture could have in the economic development of the region. I’m confident that the transformation of Colston Hall more than meets this role. Whilst having a modern building that is fit for purpose is a valid goal in itself, our plan is so much more than just bricks and mortar:

We are more than two-thirds of the way through our fundraising, with over £30 million currently secured thanks to commitments from the Government, Bristol City Council, Arts Council England, the Heritage Lottery Fund and a number of private donors, and our planning application has now been submitted to Bristol City Council.

As we move into our final stage of fundraising, which will include some public fundraising opportunities being announced later in the year, we can now look forward positively to the Hall’s 150th anniversary celebrations in September before finalising arrangements for the building’s transformation works to begin next year.

You can find out more about our transformation plans and follow our progress at www.colstonhall.org/transformation.