The future of onshore wind in England 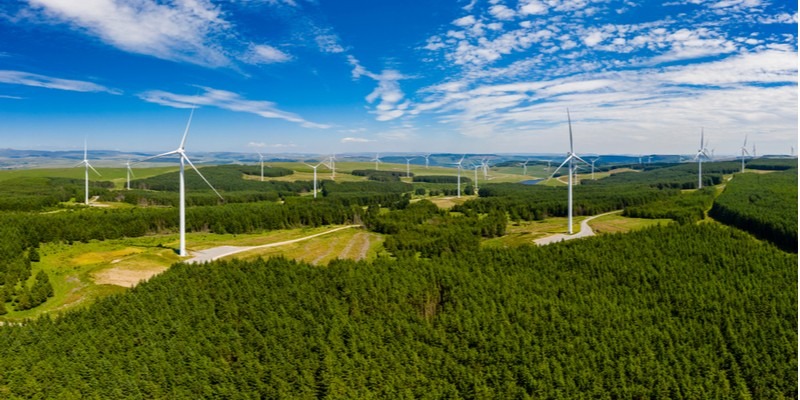 There has been much debate recently about the role of onshore wind in the UK. In 2015 the government changed the planning policy for onshore wind farms in England and removed financial support.

The combined impact of these changes led to a 97% decrease in the number of wind turbines granted planning permission in the period 2016-2021 compared to 2009-2014. While financial support has returned, the planning barriers remain and have been a source of controversy amongst MP’s.

Developing more onshore wind in suitable locations could make a significant contribution to increasing our energy security through reducing dependence on imported gas and oil. A recent Government report shows that 80% of the public support onshore wind. It is also now the cheapest form of renewable energy.

However, under current national planning policy wind farms cannot easily be developed in areas where there is support. Policy specifies that wind farms can only be built within English local authorities that have allocated suitable areas for onshore wind. Since this policy requirement was introduced in 2015 only 11% of local authorities have identified suitable areas.

Currently wind farms can only be built in two local authorities in the South West. Even in locations with high support for onshore wind, the burden of allocating areas has proven too difficult or expensive for local authorities. Adding to this challenge, there is a second hurdle to overcome as  it also has to be demonstrated that any wind farm planning application has full community backing.

Of course, wind farms cannot be built everywhere, and community support is key, but the current policy is proving too difficult. Meanwhile, most existing UK wind farms have been granted temporary planning consents, requiring removal after 25 years.

We are gradually seeing existing wind farms reaching the end of their consent. Replacing sites with new more efficient turbines through repowering can increase energy output, but if these turbines are not replaced, and no new sites are developed, then our overall renewable energy generation could drop.

While repowering is not subject to the planning barriers discussed above, not all existing sites will be suitable for repowering. We therefore need to allow new turbines in suitable areas. Through changing the planning system, we can ensure that wind farms are developed in locations where they are wanted, helping to reduce our dependency on imported energy.