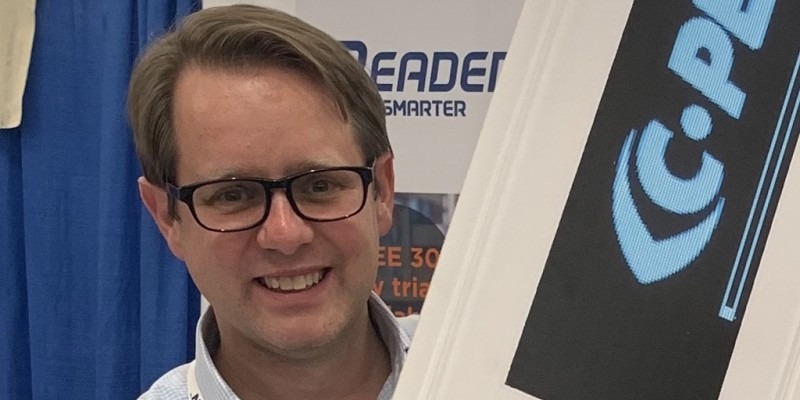 A South West UK tech innovator based in Westbury in Wiltshire has successfully launched into the US, Canada, and Australia with its Scanning Pens designed to support dyslexic children and adults to read.

Scanning Pens was co-founded in 2003 by Jack Churchill and Toby Sutton. Their skill and interest in edtech as well as Jack’s personal experience with dyslexia meant they had the perfect foundation to drive sales across the world.

Since 2015, Scanning Pens has received export support from the Department for International Trade (DIT), including funding to attend a tradeshow in Dubai and embark on market visits to the US. This support has helped the business to establish important relationships, and now exporting accounts for 50% of Scanning Pen’s total sales.

The news coincides Dyslexia Awareness month, an annual event aimed at raising awareness about dyslexia; what it means, what it is and what can be done to support people with dyslexia.

“There has been a surge of demand during the pandemic as non-human reader aids have become vital for children with special educational needs (SEN) who have lost the support of classroom assistants.

“The UK education system is respected around the world and as well as teaching, we have cutting edge publishers and technology companies.

“The Department for International Trade was an obvious first step to help us export and give us connections in markets where we had none. There is huge scope to grow our international base with DIT’s support.”

The company has also recently been campaigning for Go Red, a group which aims to raise awareness of dyslexia, with their hashtag #GoRedForDyslexia going global on social media.

Latest figures from The Department for Education show that total education exports and transnational education activity from the UK was estimated to be £21.4 billion in 2017, an increase of 7.2% since 2016. Since 2010, the estimated value of education related exports has risen by 34.7% in current prices.

Not only have education exports been growing, but technology has also seen a boom, with Tech Nation’s Unlocking Global Tech report suggesting the UK contributed £23.3 billion in digital tech exports in 2019 – with the potential to grow this by more than £8 billion by 2025.

Paul Shand, Head of Trade for DIT in the South West said:

“It is great to see them succeed and provide these invaluable tools during a time when access to vital learning resources has been limited.

“Trade will play an important role in getting our economy back on track and Scanning Pens are a great example of how companies can look to lucrative overseas markets to boost their sales while creating more jobs.”

To discuss your export options with one of DIT's International Trade Advisers in the South West contact 01275 774 456 or click here to find out about the range of support available at Business West.