• Travel times between London and Bristol will be reduced to 75 mins.

• An additional 10,000 seats per day into London Paddington will be added.

• Two additional peak services in the morning and evening will operate from South Wales to Bristol Parkway and then direct into London Paddington.

• Three extra trains will operate between Bristol Temple Meads and London Paddington in the morning and evening at peak times, increasing the frequency of service from two an hour to three.

As the largest business representation organisation in the UK, Business West represents more than 20,000 businesses across Bristol, Bath & North East Somerset, Gloucestershire and Swindon & Wiltshire. We cover a wide geographical area that encompasses a large proportion of the GWR franchise, and in light of this Business West directors have had their say on how they think the timetable changes will impact businesses: 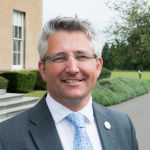 “Bristol and the West of England is the most successful regional economy outside of London, so it is high time that we were better connected with the capital, particularly with Crossrail on the horizon.

“Slashing journey times to central London, helps to remove psychological barriers that reduce inward investment and act as a deterrent from living, working and studying in Bristol and the West of England.

“On a local level, businesses will benefit from improved commuter services, which should help productivity, as well as enabling businesses to recruit from a much wider geographical area to overcome skills gaps.” 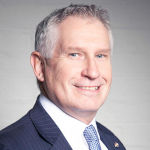 “Swindon’s location has always been a major draw for inward investment, and now that rail connectivity has been markedly improved, the town’s growth prospects will receive a significant boost. Improved connectivity in around Wiltshire should also aide SWLEPs local industrial strategy, which aims to improve productivity in the county compared to Swindon.

“Greater connectivity with places such as Exeter and South Wales is also a compelling signal of intent regarding the Great Western Gateway project, and other cross-regional initiatives such as the Great West Way for example.” 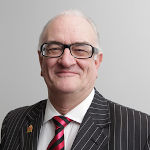 “Business in Gloucestershire is excited about the new GWR hourly service from Gloucester to Paddington with 2,500 additional seats every day.

“I believe these new services are vital to the county’s new Local Industrial Strategy to encourage more rail travel.

“Only 1% of the population in Gloucestershire are using rail compared with 5% nationally. These additional seats will help us increase that rail patronage.” 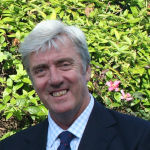 “Every improvement like this in our rail connectivity with London is a major shot in the arm for the economy of Bath and North East Somerset. It means it’s that much easier to pop to the Capital for a meeting and underlines how close Bath is to the heart of things.

“As more people work flexibly and don’t go into the office 5 days a week, this is another step to making living in Bath and working in London, or vice versa, a real sustainable option.”

The December 2019 timetable changes are the latest initiative as part of GWR’s £6bn investment in the network - the largest since Brunel. GWR is offering more trains, more seats, and shorter, more frequent journeys than ever before, connecting more and more businesses to new and prosperous markets. In light of the sweeping changes to journey times across the network coming this Sunday, GWR has launched an awareness campaign to highlight the changes. For more information visit: https://www.gwr.com/plan-journey/timetable-2019