How will UK businesses benefit from Free Trade Agreements? 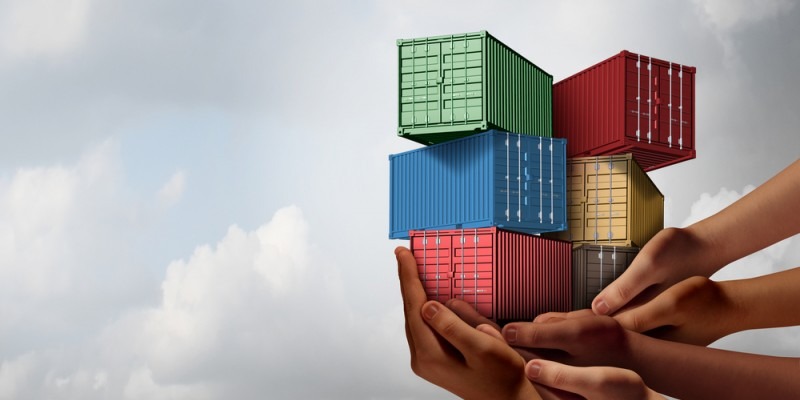 Since leaving the EU earlier this year, the UK now has the freedom to negotiate its own trade deals with different markets around the world.

So, which deals have already been agreed and how will they benefit businesses?

The UK agreed a free trade deal with Australia in June, which is set to boost industries that employ 3.5 million people in the UK. The deal will result in tariff free trade for all British goods, removing tariffs on £4.3bn of exports, meaning it will be cheaper to sell iconic products like cars, Scotch whisky, and ceramics.

The deal is also set to create opportunities for the UK’s digital and tech sectors, which will prepare the UK to lead in industries like AI, low emissions technologies, and space exploration.

The agreement will also mean exporting to the market will be more efficient as red tape and bureaucracy will be removed for 13,000 small businesses across the UK.

In October 2020, the UK agreed a free trade deal in Japan which will see tariff-free trade on 99% of exports to Japan. Government figures show the deal with Japan is estimated to increase trade between the two markets by £15.2 billion, a welcome boost to the UK economy after a challenging time for businesses. It is an opportunity to grow bilateral trade and establish new partnerships across a range of industries.

UK businesses will see tariff-free trade on 99% of exports to Japan. Government figures show that the deal with Japan is estimated to lead to an increase in trade of around £15.2 billion, a welcome boost after a tumultuous economic period. It’s a significant opportunity to grow bilateral trade and establish new partnerships across a range of industries.

When it comes to international trade, the South West has clear strengths that are a good match for Japan such as in Smart Manufacturing, Technology, Life Sciences, Renewable Energy and Food & Drink. There will be more recognition of South West brands in the Japanese market, which will have greater brand protection, such as Cornish clotted cream, regional cider brands and West Country beef.

On 20 October 2021, the UK and New Zealand reached an agreement in principle on a free trade deal. This is set to cut red tape for the 6,200 UK SMEs who export goods to New Zealand, eliminating tariffs on UK exports.

The deal is also another step towards the UK joining the Comprehensive and Progressive for Trans-Pacific Partnership (CPTPP). Joining CPTPP will give the UK access to some of the world’s fastest-growing economies, populated by half a billion people and with a joint GDP of £8.4 trillion in 2020.

The burgeoning tech scene in the South West is also set to benefit as the deal will cut red tape for advanced tech and services companies in the UK to make it easier for small businesses to break into the New Zealand market.

The tech scene in the South West was reportedly resilient throughout the pandemic, so this deal offers huge opportunity for those businesses who are already growing with innovative products.

Technology companies have lauded the benefits of exporting to New Zealand as it is an ideal test market for new products. The small market size means it’s cheaper to export there and if a product or service falls flat, the company’s reputation won’t be significantly affected.

The deal, agreed in July, will eliminate tariffs and red tape on British exports, saving British firms time and money. The deal also maintains access to duty-free quotas for British exports such as cheese and tariff reductions on pork, poultry, and other goods. This is good news for the many South West food and drink companies looking to new overseas markets to boost their profits.

The agreement will also recognise the protected status of certain United Kingdom wines and spirits, so consumers in Norway, Iceland and Liechtenstein can continue to enjoy iconic products like Scotch Whisky and be assured that they are getting the real deal.

Get started with exporting with the Export Academy

The Export Academy has recently been introduced as part of the UK Government’s levelling-up agenda, equipping small and micro businesses in the South West of England with the know-how to sell to customers around the world with confidence.

The latest edition of the free 10-part events programme started on 25th October 2021 and will run until end of March 2022. Businesses can join the programme at any time and a full list of the sessions and the link to apply can be found here.

To discuss your own export development options and find out more about the support available from DIT, call 01275 370944, email ditsw@mobile.trade.gov.uk or visit www.great.gov.uk/advice