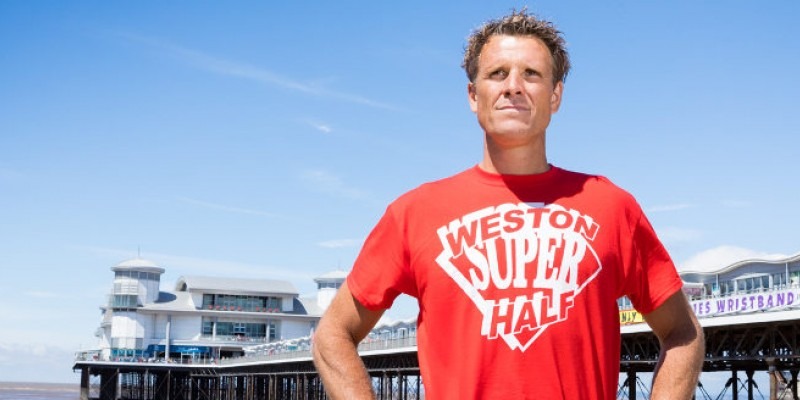 Double Olympic rowing champion James Cracknell OBE is aptly qualified to be playing his part in a prestigious national meeting which is happening in Bristol this week - The Role of Sport and Physical Activity – a participation in sport conference that celebrates Bristol’s year as a European City of Sport.

Why? Well, apart from the double Olympic rowing golds, Runjoy is his company. Set up two years ago, Runjoy organises mass running events, including the Weston-Super-Half, a unique half marathon event which will take place at the resort town on 18 March next year.

But before James turns his attentions to Weston, he tells me that helping to inspire participation in sport across Bristol will be his focus up until the 6 December event.

We talk at length about his philosophy of fitness and sport, and with two Olympic gold medals and six world championship titles, James really is an inspiring sportsman, athlete and adventurer.

At the age of 45, James is still super fit, so much so that before arranging our interview he suggested meeting at the health club near his home in Chiswick, London, something of a second home to one of Team GB's all-time sporting heroes.

He tells me about the principles behind his company, Runjoy, and how it was born out of leading the Policy Exchange’s work on obesity and physical activity. James has been heavily involved in their report calling for sugary drinks to be taxed as part of a series of measures to combat rising levels of obesity.

“The philosophy of my company came from the lack of physical movement in our lives at the moment which has led to lifestyle diseases. It was an opportunity to put my money where my mouth is.

“It is not necessarily sport - it is people moving more and building exercise into their lives.

“Running is so easy - you just need a pair of trainers. Exercise is something that everybody can do whether they are running or walking.

Having trained for five to six hours a day as a world class rower, James still does an hour in the gym or runs and rows occasionally.

“Not every kid is going to be a Mo Farah but if they are active they have a better chance of living a good life”, he says.

“The reality is that you can’t outrun a bad diet. When you think that it takes half an hour to walk off a can of coke that’s the sort of reality people need to know.

“Do you really want that extra slice of pizza when it will take another half hour to walk it off?

“Only 50 per cent of kids who live within 400 metres of their school actually walk to school and only 20 per cent of the country walk a mile without stopping once a year.”

James tells me the World Health Organisation say we should do five and a half hours of exercise a week but the biggest response people give for not doing so is lack of time.

“On average, we watch twenty seven and a half hours of television a week so we do have time. The people who do the policy have to put themselves in the position of those people who are working so hard just to make ends meet.”

What happened when you stopped rowing?, I asked him.

Until the National Lottery Fund came along to sponsor the British Olympic rowing team James qualified as a geography teacher.

“You make enough money to train full time but you don’t make a footballer’s salary”, he said. ”When I was competing it was about £20,000 a year tax free.

“You were away six months of the year but you can’t buy a house. If you have sponsorship, you lost some of the lottery money. There is enough to do your sport properly and enough to live properly - you don’t go into a supermarket looking at what’s on offer you go in able to buy the right food.”

In 2010, James attempted to cross America by cycling, running and swimming from LA to New York in record time.

During this trip, while cycling through Arizona, he suffered a near fatal accident after being struck by a fuel truck.

As I made my way back home from Chiswick it struck me what a remarkable athlete and inspirational speaker James is the perfect ambassador for participation in sport and physical activity in Bristol, Weston and beyond.

The Role of Sport and Physical Activity in Modern Society will be held at The Brightside Ground, Bristol on Wednesday 6 December. For more details and ticket prices click here.