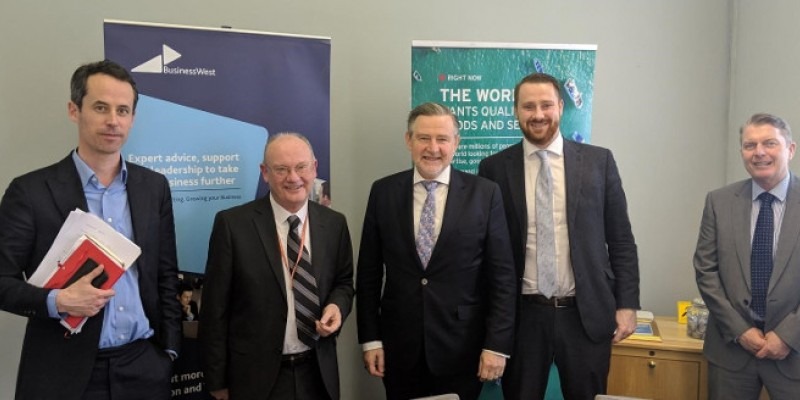 Shadow International Trade Secretary Barry Gardiner visited Swindon last week to get an overview of how businesses and the economy are performing.

The Shadow Cabinet Minister met with Swindon business leaders, including Matt Griffith and Andrew Wells of Business West (both pictured).

Commenting on the meeting, Matt Griffith, Director of Policy at Business West said:

“At such a crucial point in the Brexit timeline, the Shadow Minister’s visit to Swindon led to some fruitful discussions on the economic health of the region.

“As the voice of business in Swindon and Wiltshire, we were able to give Mr Gardiner a comprehensive overview and real life examples of business sentiment on the ground.”