The globally-appealing brand, Yuyo Drinks, finds international success in markets such as the US, Sweden, France, and now Brazil.

Shaftesbury-based drink brand, Yuyo, has announced it will export its innovative range of Latin American-inspired drink infusions to Brazil this year as part of its exporting growth plans.

The business, which already exports to seven countries worldwide, boosted its international orders by 42% between 2015 and 2017.

Yuyo was founded in 2016 by Rosie Marteau and Charles Grummit after they travelled to Latin America and discovered yerba mate, a ‘super herb’ that is used in many traditional South American drinks. The company now stocks a range of yerba mate drink infusions across the UK through retailers like Ocado, Whole Foods and Revital. It also has its own e-commerce site.

Due to Yuyo’s globally-appealing brand, the business has found international success in markets such as the US, Sweden and France.

Exporting currently makes up 40% of the company’s £100,000 annual turnover and Rosie and Charles now plan to increase this further by exporting to Brazil in the next three months and target Australia in 2019. 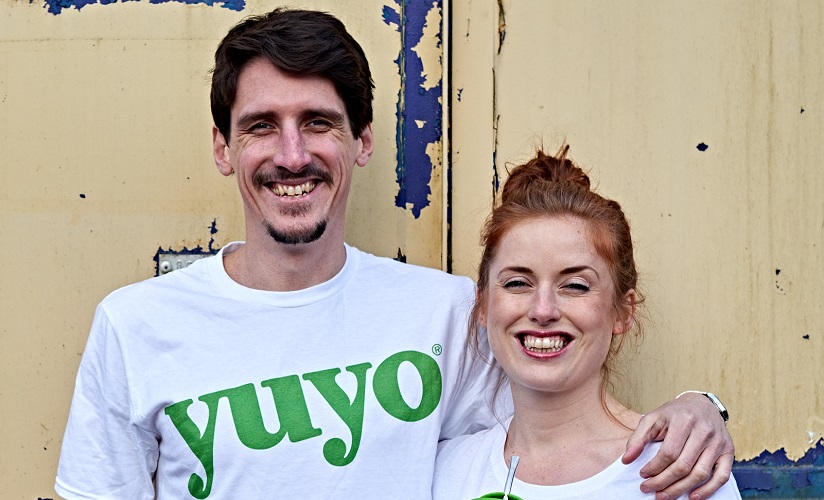 To support its exporting operations, the company received support from the Department for Environment, Food & Rural Affairs (Defra) and Department for International Trade (DIT), who helped the business identify new international markets and register its intellectual property in the US, Europe and Australia.

As part of the Food is GREAT campaign, Defra and DIT are supporting many businesses to take the leap and sell their food and drink products abroad. The campaign is a cross-departmental initiative to showcase the calibre of UK food and drink overseas and help firms build new exporting relationships.

“Exporting has always been fundamental to our business plans as we knew our products could have a global appeal. We’re finding international buyers are increasingly associating UK goods with high quality and on-trend packaging, and we’re looking to tap into this even more by reaching out to new markets including Brazil. Brazil is the home of yerba mate itself, but it looks to Europe for innovative brands like ours.

“Of course, exporting is not without its challenges. One of the main factors we had to consider was regulation around ingredients and labelling. It’s very expensive to redesign packaging for a global market. We found a way around this at first by putting ingredients stickers over our current packaging so that it complied with international guidelines. This also gave us the flexibility to test our products in different markets without having to spend too much money. Once we'd proven our ability to trade internationally we created packs with seven different world languages on the back.

“We’ve been working with DIT in the South West since we launched two years ago and their support has been vital. The team host ‘meet the buyer’ events for us to network with potential clients and distributors, which has resulted in increased business globally. The best advice I could give to firms looking to export would be to see it as an extension of their current operations. The hard part of launching a product has already been done, so there’s no reason not to expand your prospects to include overseas buyers too. If we can do it, so can others.”

“Yuyo is a great example of a local business that’s harnessing the wide range of benefits exporting can bring. It’s encouraging to see such a young company target new markets like Australia as well as continuing to make in-roads into its established markets, like the US and Europe.

“We know that firms that trade internationally are more successful, profitable and resilient than their non-exporting counterparts. Exporting for the first time can be seen as a challenge, particularly for firms with limited time resource and capacity, but that’s why we have a team of International Trade Advisers in the South West to guide firms through the exporting process. Our advisors can help companies target new territories and advise them on matters such as tax, regulation and logistics.”